I have often driven along the Hain creek but never had time to fish it and the only angler I saw there was a blue heron. Good sign or bad omen? Th best way to answer this question was to go there with a rod in hand.
I did arrive at 11:30 a.m, the sun was bright but a strong wind was dramatically cooling the atmosphere, it was rally colder than during the week. 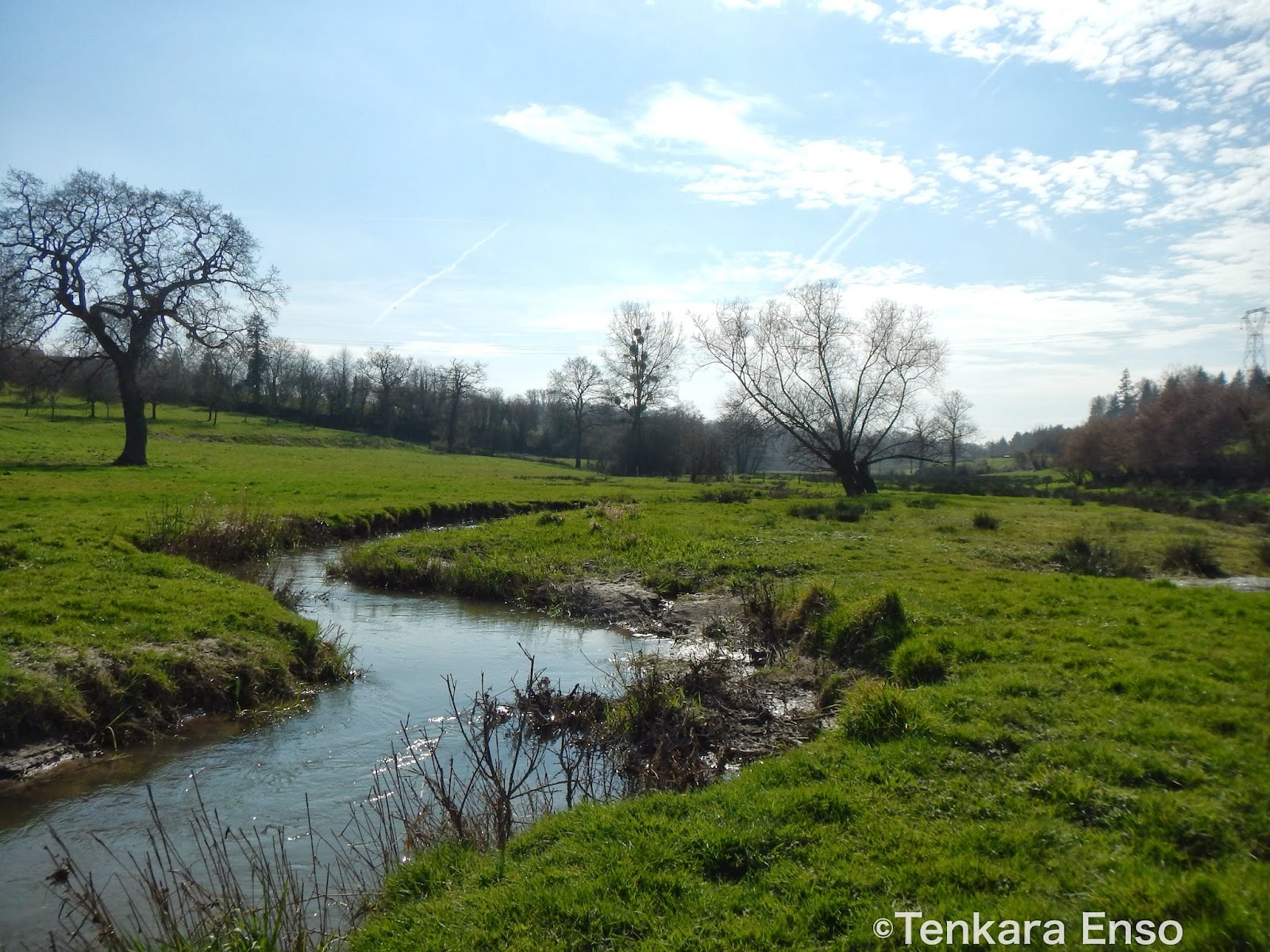 I walked down the stream about third a mile to each a very open area with almost no trees on the banks.
This stream is about three feet wide and one foot deep. The water is quite clear for the season and very cold.
But the important question of the day is: Are there trouts in this stream? Yes, sir, there are some!
I did fish with my yellow Takayama and I think that I managed not too bad but with a less powerful wind my casting would have been more precise and efficient.

On this lower part of the stream I did catch numerous tiny trouts in the faster parts but not a single one in basins or pools. Many fishes came to see the fly but turned around very fast. Not big but not naive!
All in all it is a good thing for this small stream to shelter a high density of juvenile trouts. 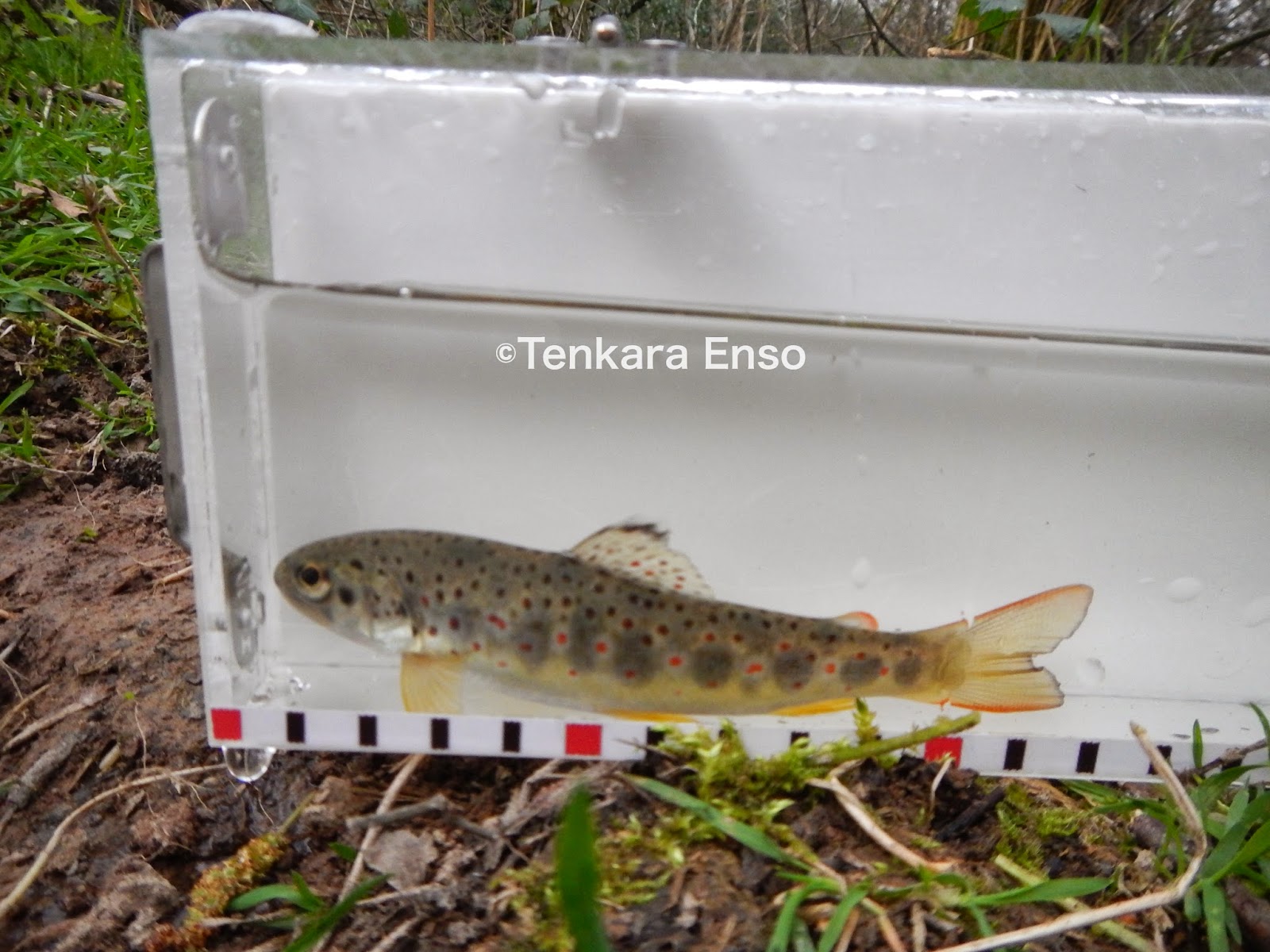 Without noticing it did take me about three hours to fish this portion of the stream and come back to my starting point.
It was time for lunch break and I needed to put a jacket. The wind had not subsided and the temperature had dropped; if my memories are exact the weather forecast of this morning said " almost summer"!

I cross the road and head to a less accessible and more brushy part of the stream ans as I arrive on the bank I decide to only cast crossbow style...And this idea was good. 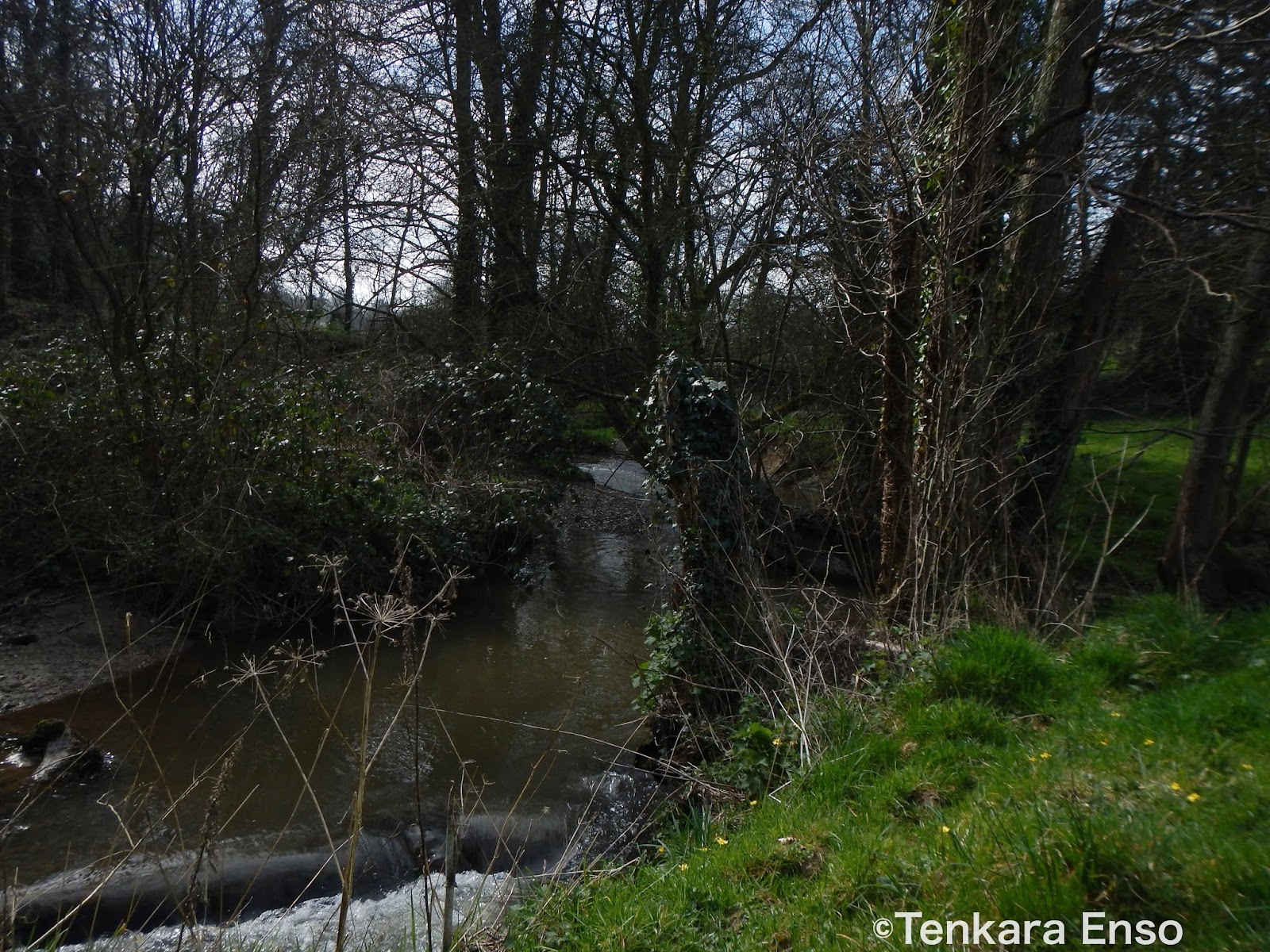 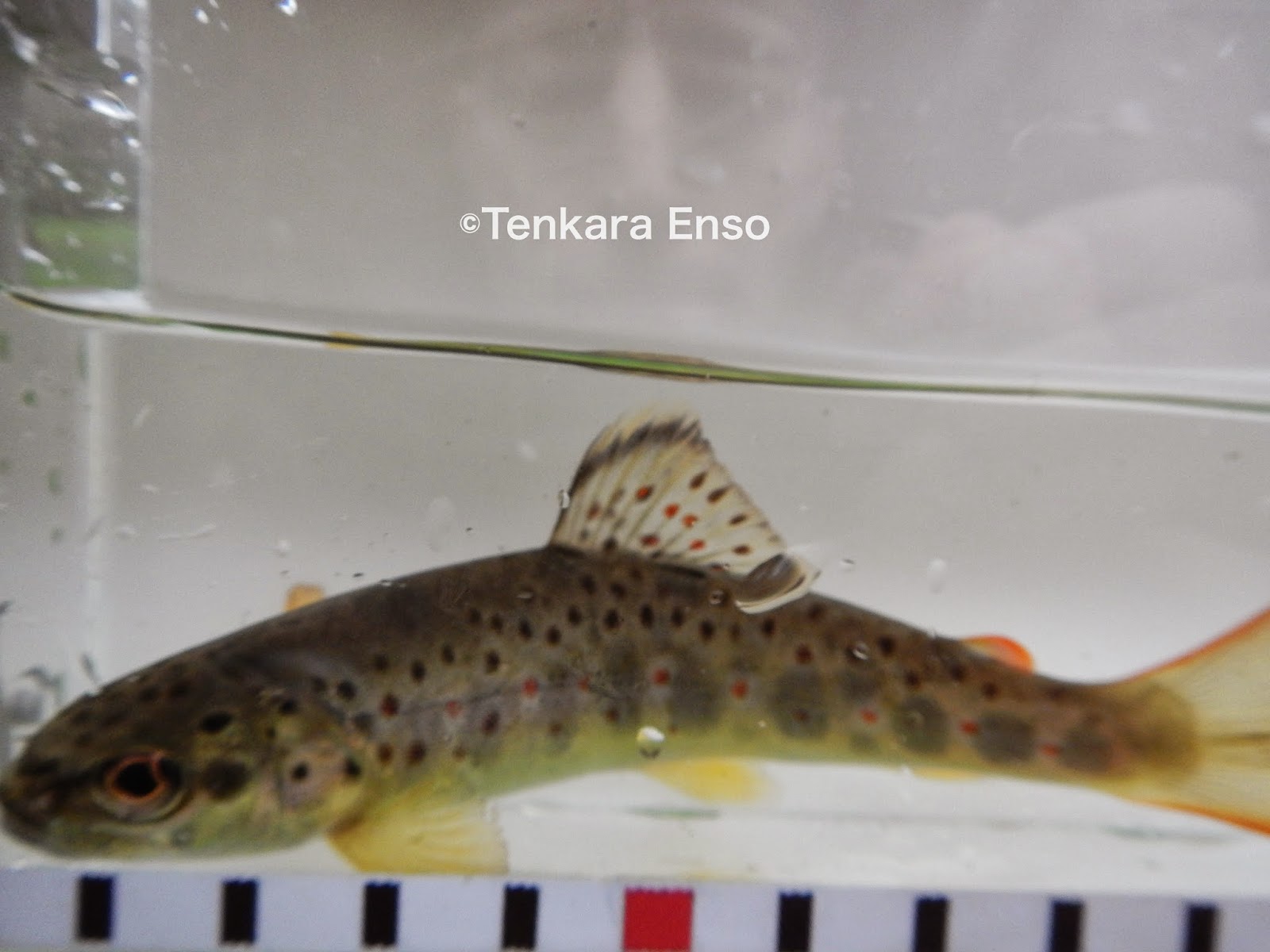 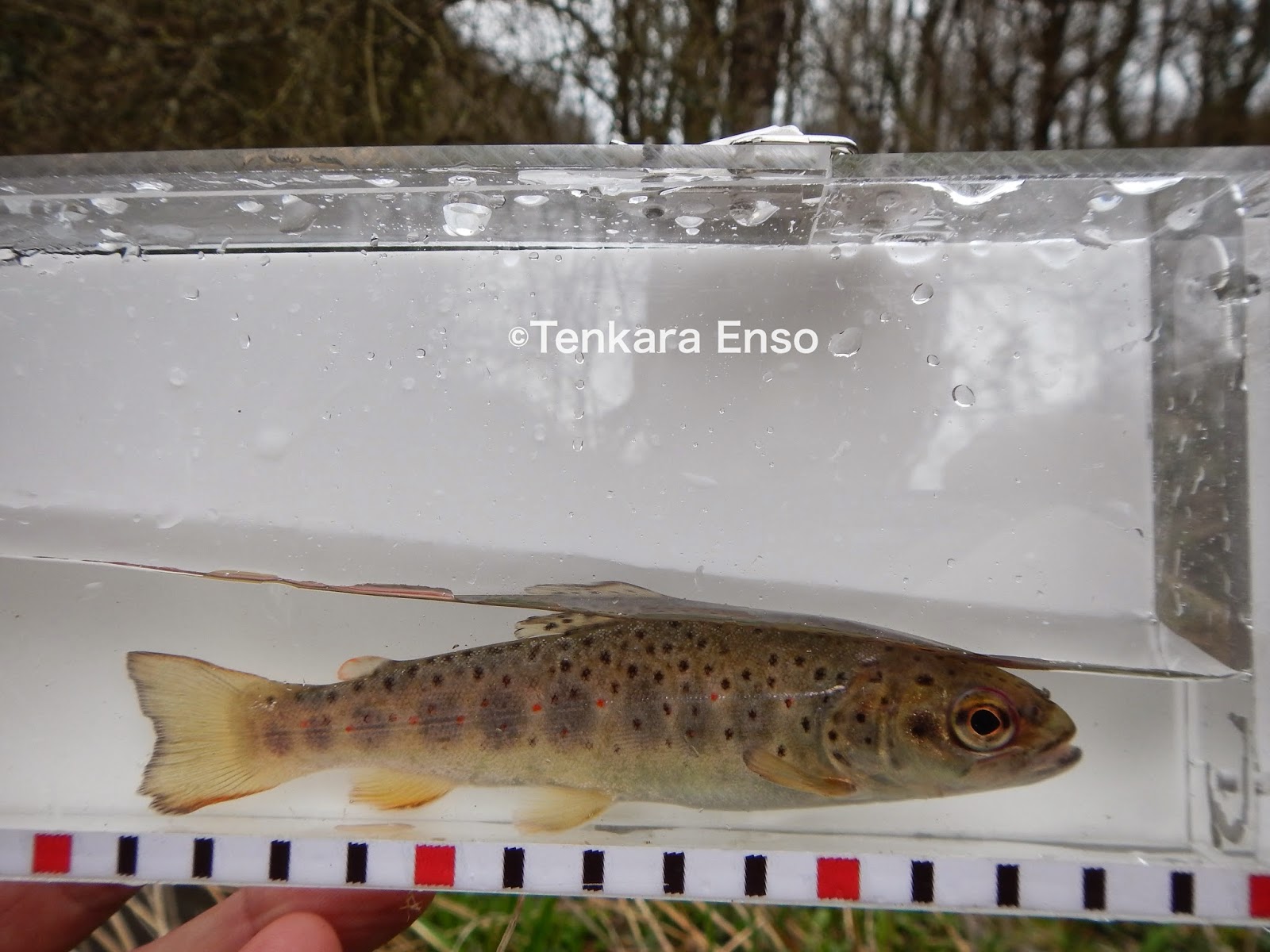 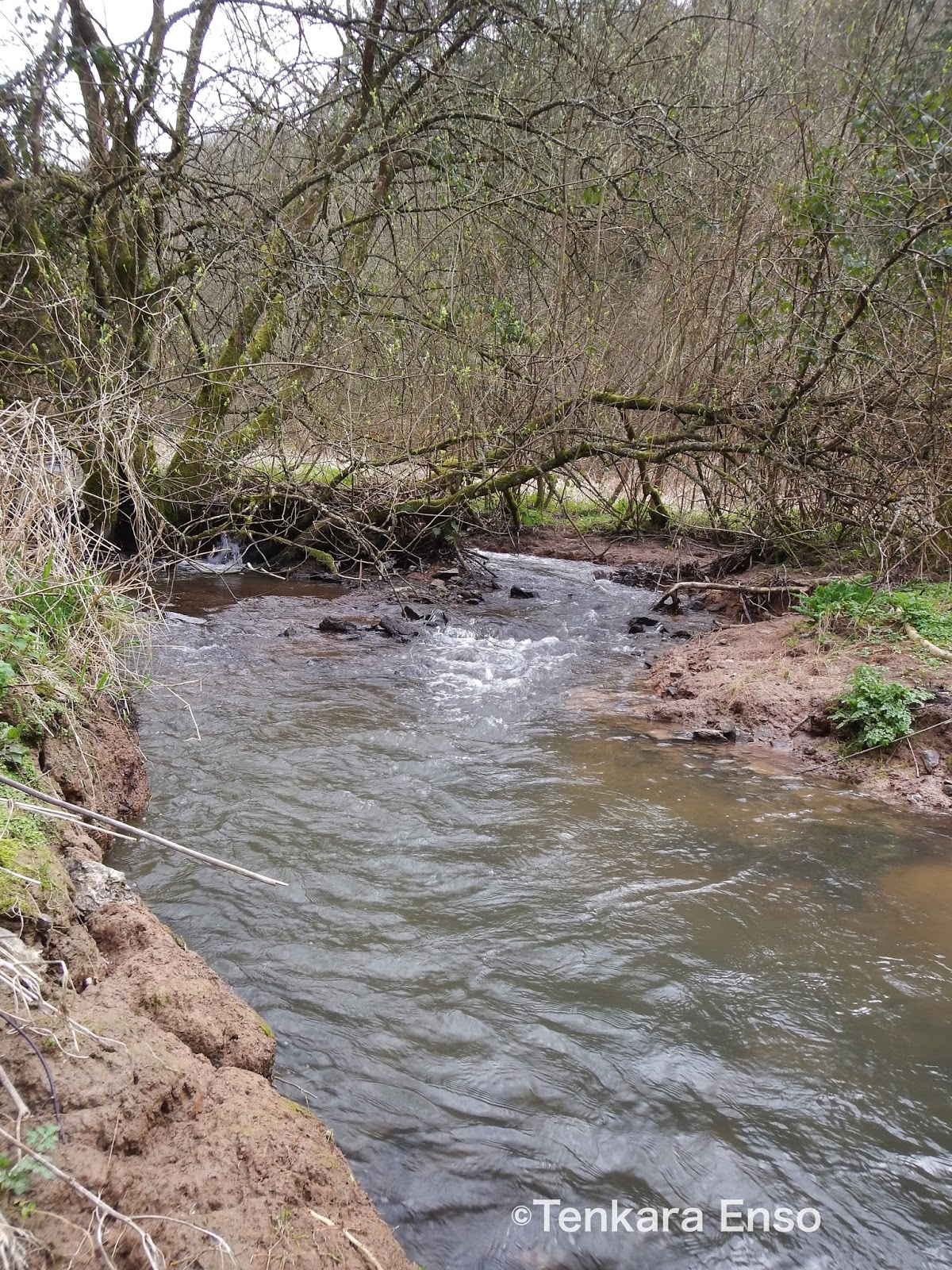 This small stream is definitely full of small trouts. In this part I also have seen many of them charge on the fly and turning around at the last second. That is probably because they can see me but it is not possible to change the way I am placed. I will catch the biggest of the day at my last cast. 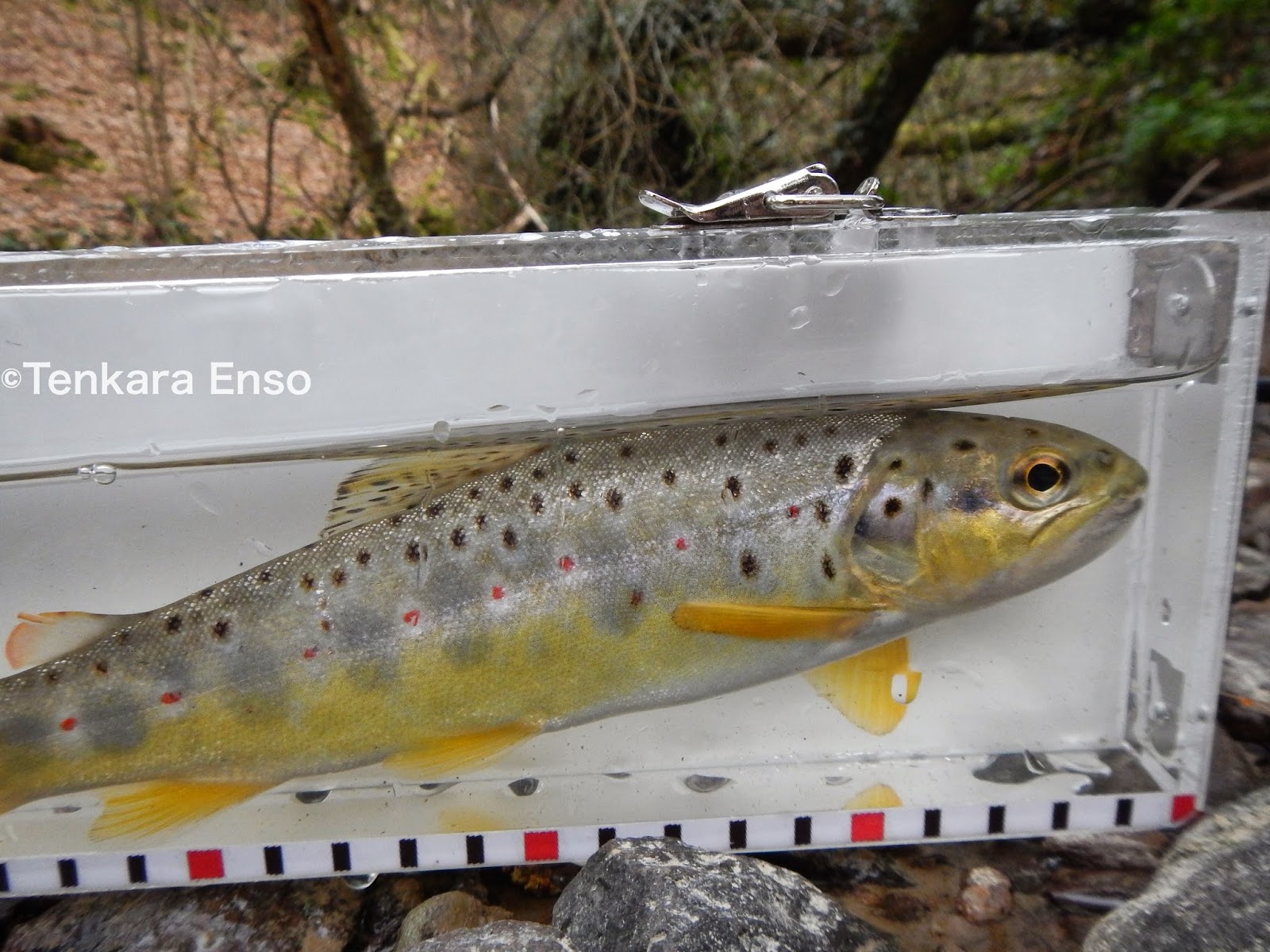 It was a plan of mine for this trout season to fish unknown streams and I think it was a good idea because it puts me in a good mood and motivates me to find my Tenkara.