I had written about the first volume a couple of years ago and the second one last year of the documentaries released by John Pearson and Paul Gaskell and today I will be dealing with the third volume that I have been watching several times since its release in last July.

This 90 minute documentary consists in thirteen chapters dealing with, as the DVD title suggests, the practical fishing applications of the kebari used by a fine selection of Japanese tenkara anglers. 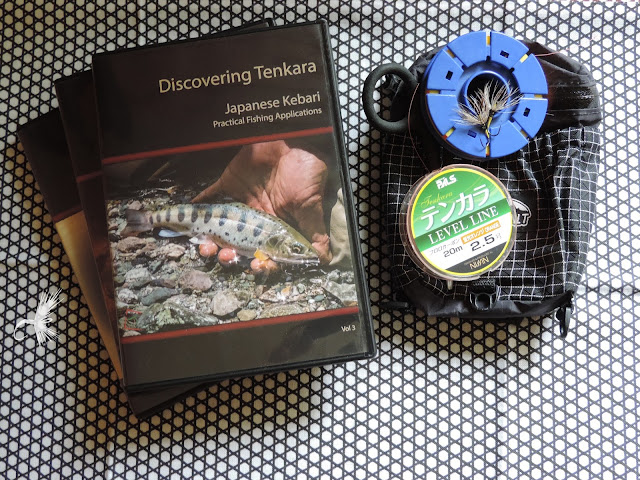 The first interviewee is Shoichi Saito, an angler who still fishes with traditional gear. It is interesting to listen to an experienced tenkara angler explaining why he still uses traditional tenkara gear and traditional kebari and the different techniques he uses. If traditional tenkara was practised in Japan with efficiency and profitability in mind as it was commercial fishing it is nowadays only sport fishing, a hobby, and tenkara anglers just like fishing with the techniques they have developed on their own.
Saito-san fishes with only one kebari pattern declined in two sizes and three colours. This may seem to be little but Saito-san explains very well why he made that choice and it is rational and as often as the result of a reasoned observation of fish behaviour, stream habitat and environment.
Like most long experienced tenkara anglers Saito-san's fishing is based on technique and skill and not on gear and it is a pleasure to listen to him introduce his three favorite tenkara techniques. 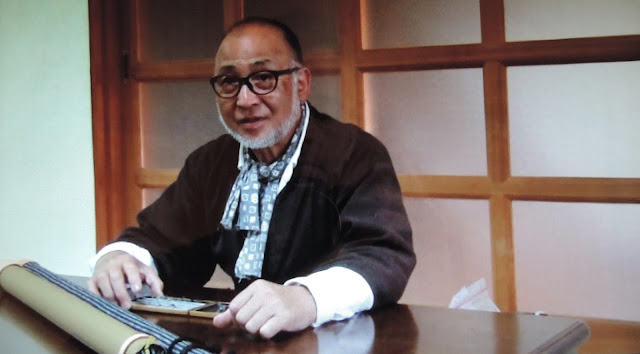 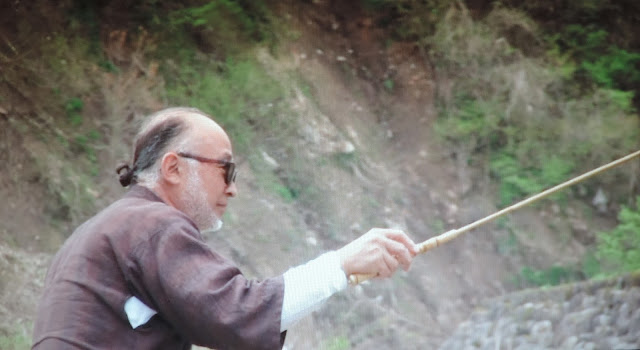 The second protagonist of the documentary is a tenkara angler I had the pleasure to meet and fish with during my stay in Japan. Kazuo Kurahashi, who is nicknamed Kura-san in the tenkara community, ties his favorite kebari and explains why this pattern has his preference. His kebari pattern is based on his observation of salmonids fishing behaviour and the different insects hatching on the streams he is used to fish during the season. Kura-san is also a catch and release angler and that is why he does not used super small sized hooks for his kebari as it avoids long and harmful manipulation of fish. 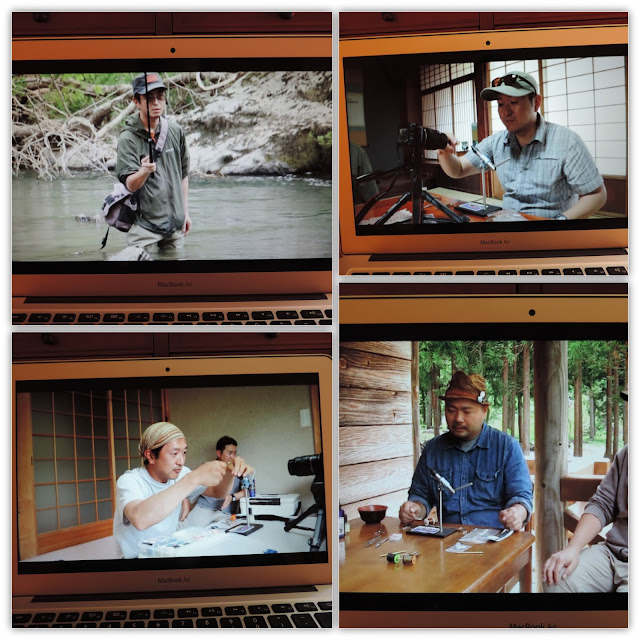 The next interview is with Go Ishii, who is the interpreter of the interviews, and meanwhile he ties his favorite kebari. The dialogue between Ishii-san and John is very interesting as Go's perspective on tenkara is not common, his favorite thing in tenkara is pretty much unique I think.
There is one sentence said by Ishii-san that in my opinion perfectly sums up the Japanese tenkara state of mind of today: "This is a hobby so if you are not having fun, why do it?".
The documentary includes next a kebari tying sequence and interview with an excellent tenkara angler in the person of Kazumi "Ajari" Saigo. He is tying a couple of kebari, different by  the materials used, their design and of course their function since a fisherman tenkara does not the kebari he ties to his tippet because of its appearance but depending on how he wants to fish.
As a former bass high level competition fisherman of Kazumi-san was seduced by the tenkara because of its gear simplicity and technical efficiency.
The last but not least interview is with Tasahi Otani who is tying a pretty typical kebari of his style. As Otani-san explains he tries to tie kebari that can dive at different speed and therefore adapt his fishing to the fish position in the current.  He does not usually use materials from fly shop but prefers original materials from craft stores. As he says with a smile: "I think that perhaps fishes do not want to always eat the same thing!".

Between each of these sequences we find John and Paul briefly summarizing the facts exposed in the interviews of the tenkara anglers interviewed. As it was also the case with the first volumes this documentary is very pleasant to watch and features very rich in first hand informations as John and Paul have made the praiseworthy choice since the beginning of the Discovering Tenkara adventure to look for the right informations at the source ie Japan.
I now expect for the fourth volume to be released soon as there is no doubt that it will be as interesting as the first three released to date.

If you want to purchase this great DVD please click here for USA and Canada residents or here for the rest of the world.