As every year the final preparations for the trout season opening were made without eagerness on Friday night, the last thing I do after tying the last kebari and checking the contents of my bag is to print  my license. 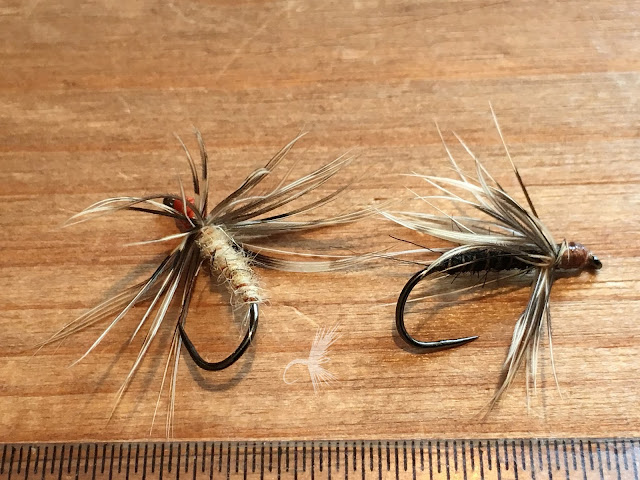 I had tied some sakasa kebari a few days ago but I had to complete my box with models more suited to small streams that I fish at the season opening. The patterns are in fact the same but smaller in size and suitable for fishing in shallow water.
I also took a little bit of advance by tying the kebari that will fish in larger rivers where I will go fishing when the water level has dropped. For now they will remain in my box but no one knows if the heavy rains of the last few weeks may not occur again. 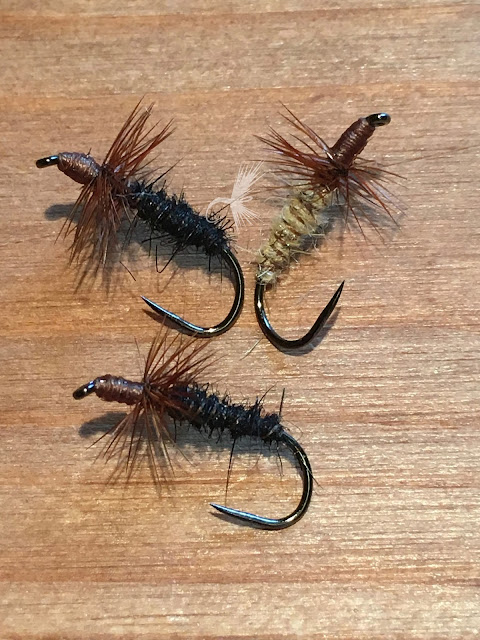 In the early evening I was ready, I had enough kebari to make the opening, I had printed my license which was duly stowed in my strap pack, my bag contained everything I could need during the day to come.  I was not worried about the state in which I was going to find the creek where I had planned to go for this opening day because I had made several visits there during the previous days and I knew that like many others it was in flood. 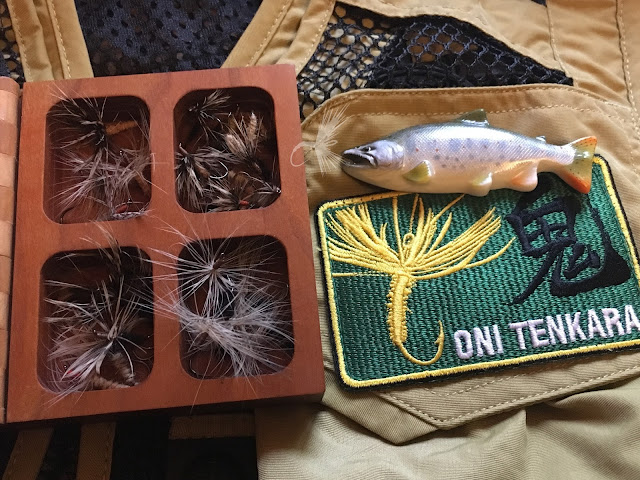 The long-awaited saturday  I did arrive shortly after eight o'clock on the banks of this brook, where I open the trout season every year. The weather was nice, the light was soft and the water looked a little less gray than the previous days. However, I did not start fishing when I arrived, I preferred to walk up the river until the temperature rises a little bit. 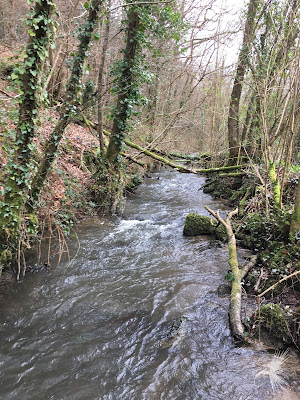 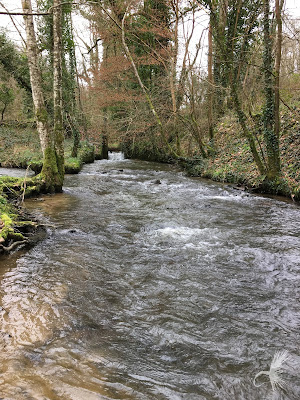 Having reached a spot where I considered to be good, I did put my rod into action and began to fish. The high and cold water was not very favorable and I had to control the drift of my kebari to have a chance to make it pass into the holes where the trout hide under such circumstances. I had to ignore many spots because of the high water level but my efforts of accurate casts and controlled drifts were rewarded. 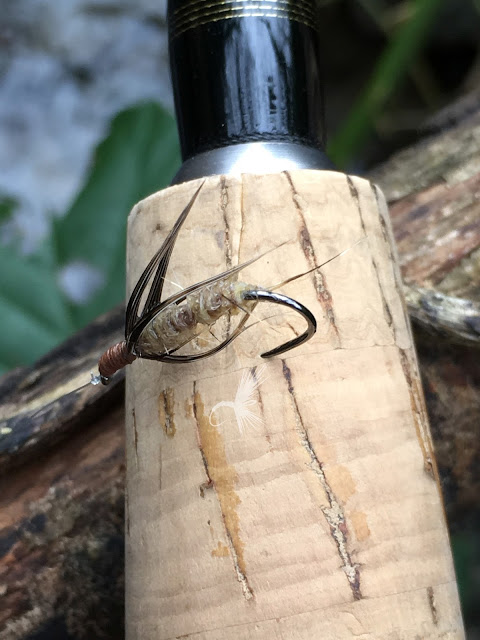 The important thing for me anyway for the opening is simply to be near a stream even if the conditions are horrible, like last year, and I can not fish at all. Of course it's even better when fishing is possible. I did catch a couple of beautiful brownies in the morning of this opening day and that is enough for my happiness. 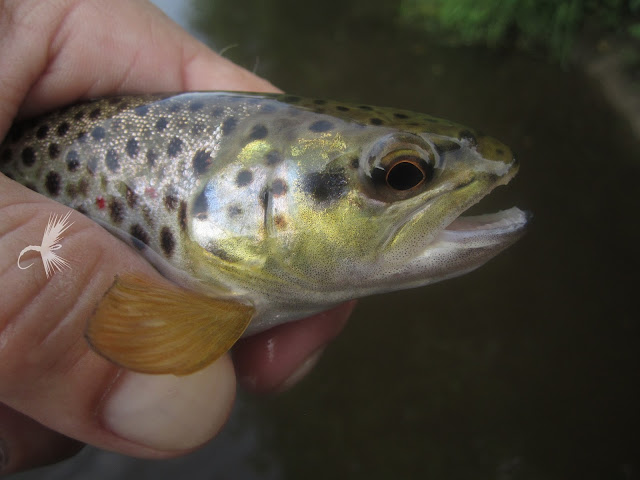 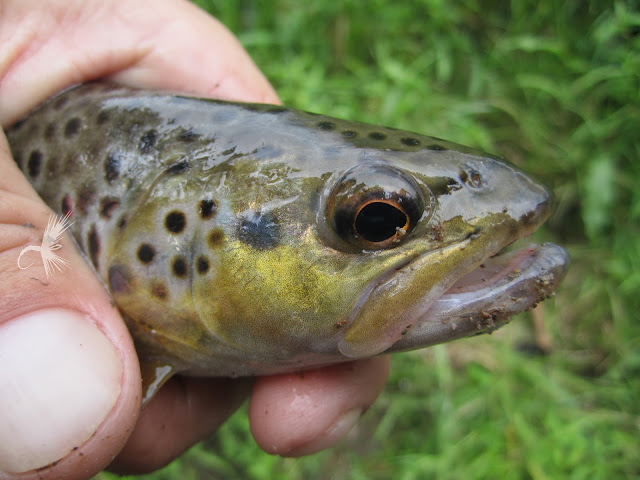 I collapsed my rod back a little before noon, satisfied with the opening morning.
As every year I took the time to lunch near the river before turning back.
The season is just beginning and it has started well!

Still a few days to be ready...

We are only a few days away from the opening of the fishing so it is still time to prepare for the trout fishing season. As always I approach the preparations with calm and without haste because I know that whatever happens I will be ready.
It has been raining a lot these last few days and there is a chance that it will continue, so it is at the last minute that streams and rivers that did not have a flood during autumn or winter will see their water levels rise. It is therefore useless to rush, since the opening will undoubtedly be symbolic and the fishing in itself reduced to the congruent portion. 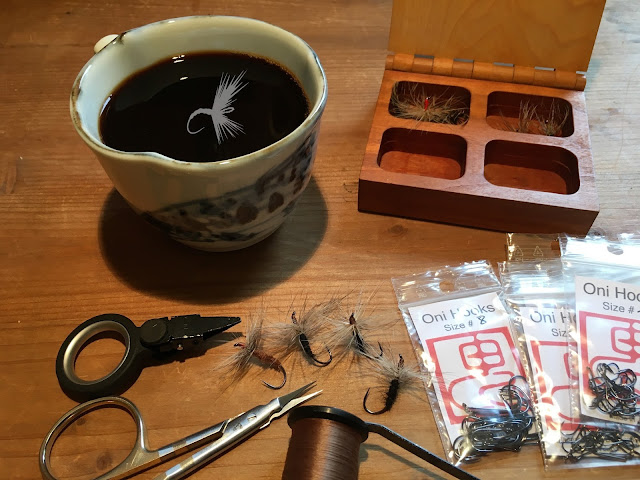 I do not devote the winter to tying hundreds of flies like some people do first because I usually take only a very limited number with me when I go fishing and also because this will of compulsive accumulation does not seem to be a good idea. I prefer to tie only few flies, use them then if necessary to tie a series again. In any case, the only box I carry with me to the fishing can contain little more than two dozen. 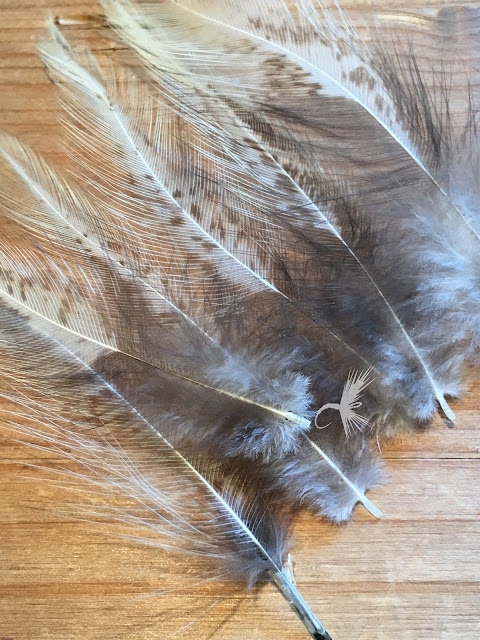 So I started this morning by tying the large sakasa kebari for which I used cock and ringneck pheasant feathers. I had not used feathers from farm roosters instead of "fishing" roosters fir very long time, but a blog reader offered to provide me on condition of sharing the tied flies with him and it was a pleasure to accept.
Feathers from farm cocks have longer fibers and really softer fibers than those of the genetically selected roosters but since I intended to use them to tie sakasa kebari this is no problem, quite the opposite in fact.
I use the Oni hooks that were designed by Masami Sakakibara and manufactured by a famous Japanese firm, it starts with a "G", which is the world leader in the market. They are excellent quality and the four different sizes, from 8 to 14, cover my needs. 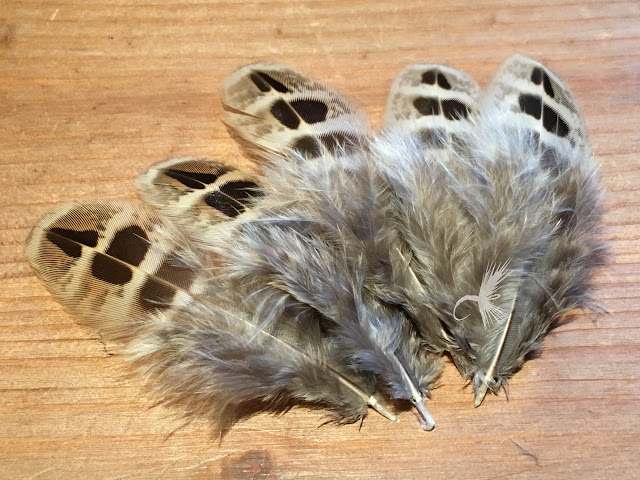 I will also of course use feathers from ringneck pheasant wings.
The dubbing used this year will be only three: zenmai, squirrel tinted in black and washed squirrel. Natural materials, inexpensive or even free, and which make solid kebari. 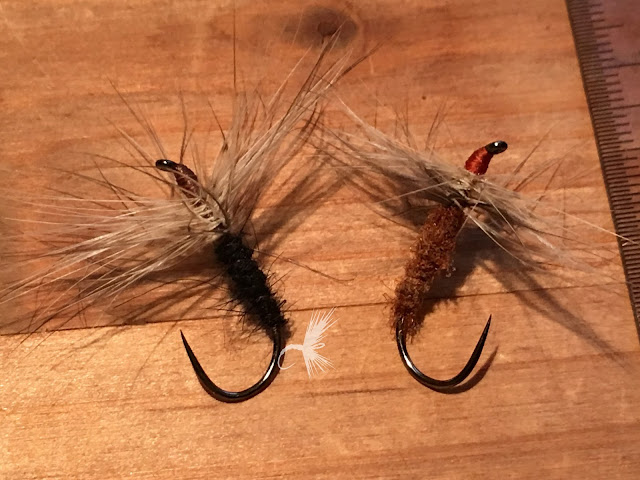 I will not use these kebari at the season opening.They are not suitable, because of their large size, to fishing in small streams. If I started with these patterns it is only because that they are the fastest to tie fast.
The sakasa kebari, especially if tied on large hooks, are mainly interesting flies for fishing downstream because it is the current that gives life to their soft hackle.  Function determines shape. 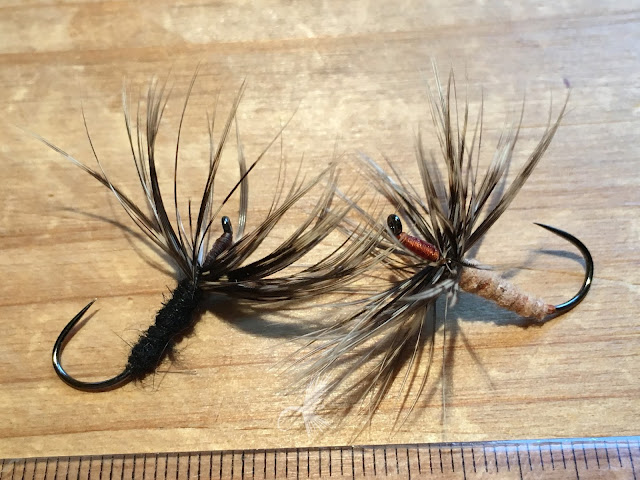