The month of May having been a long litany of thunderstorms and rain I did not fish much, I actually spent much more time browsing the banks of streams and rivers in search of fishing areas than actually practicing tenkara fishing. In fact the month of May that just finished could have been a month of February; we did not do what we like. 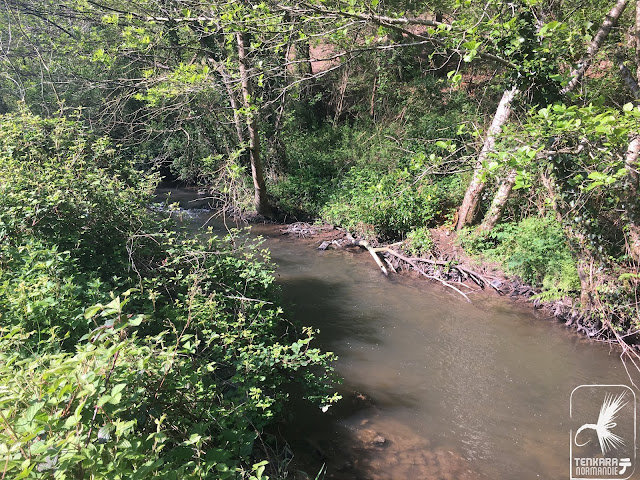 The advantage, if I had to find one in this experience of a rotten spring, is that the fact of visiting the rivers makes it possible to realize the evolution of their state. 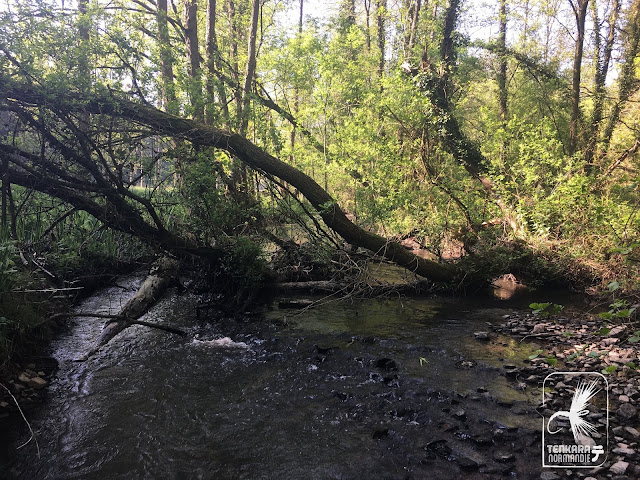 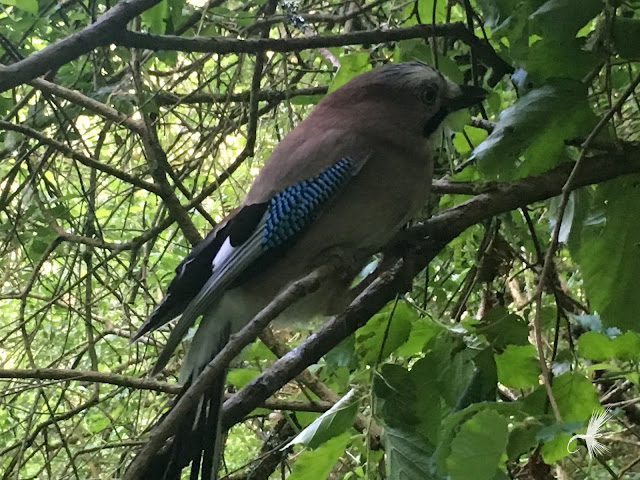 One Sunday morning on the banks of one of my favorite streams I met this baby jay and I was intrigued not to see him fleeing all wings out at my approach. When it decided to take flight it found itself at the first flapping of wings suspended under the branch on which it was sitting. I took off my jacket and used it as a net to catch the bird in a harmless way, and I was not even surprised to see that its legs were tangled with fishing lines and a bunch of shots. If the jay is usually a pretty vindictive bird this one seemed to have understood that I did not want to hurt him and let me cut the fishing line that condemned him to certain death. Released, he landed a few yards from me and I turned my back immediately. 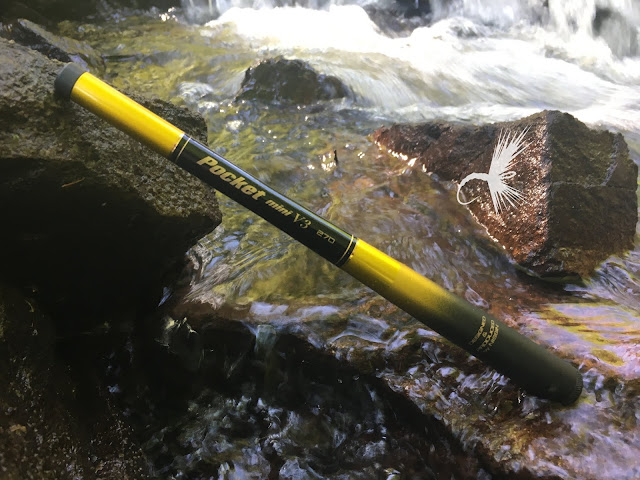 I finally found fishing areas near the sources of many streams in the area; the condition of the water being less affected by heavy daily rains made fishing possible. I had to cast short and precise and that is why I did use the Nissin Pocket Mini in 270 which is a rod of choice for fishing small streams. 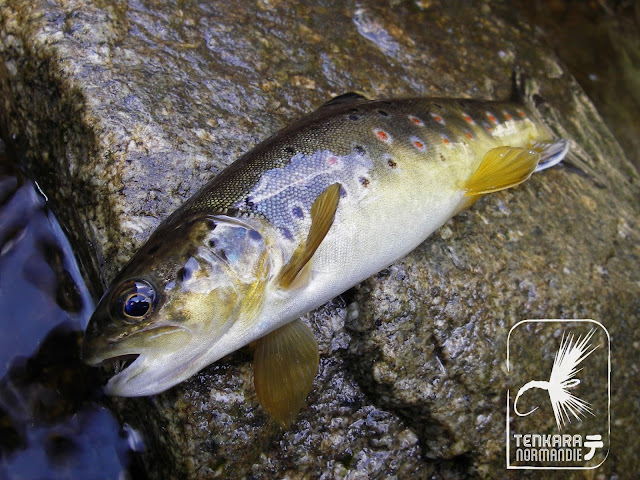 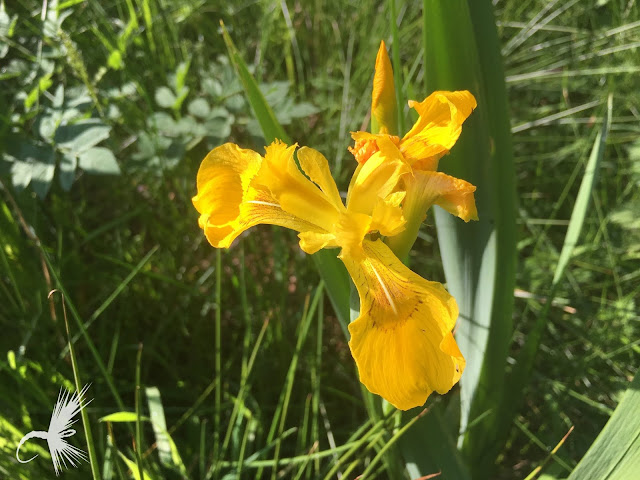 Since a few days the storms and rain have stopped is then it remains only to wait until the rivers find their summer finery back and return to visit them.