A few days ago I was lucky enough to chat with a old fisherman of my area and I was really pleased to note that he did share my pragmatic approach to fly tying and agreed with me that real fishing flies had not been designed by the fly tying materials industry neither the fly tying celebrities who mainly tie showcase flies but by anonymous tiers who tied their flies with the materials that they could find easily around them. I think that it was the same everywhere in the world before fly fishing became an industry and Japan was probably not an exception.

When I go fishing I always carry a ziplock plastic bag that I use to collect all kinds of furs and feathers, I did not start this habit. My grand father and father already did the same decades ago. The fly tying stuff they ever bought were hooks.
I still have to wait several months to go back fishing in streams, like many European people, so I start getting ready for the next trout season. The time to open my material collecting bag has come and today I did take guinea fowl feathers.

The tie I propose you today is a variant of the famous Takayama sakasa kebari and my goal with this fly tying sheet is to make you add a ziplock bag to your tenkara gear!

1) Having fixed a Owner Kuwahara (size 3) hook in your vise, wind the 8/0 tying thread around the shank to make a neat head to your kebari. Cast off excess thread. 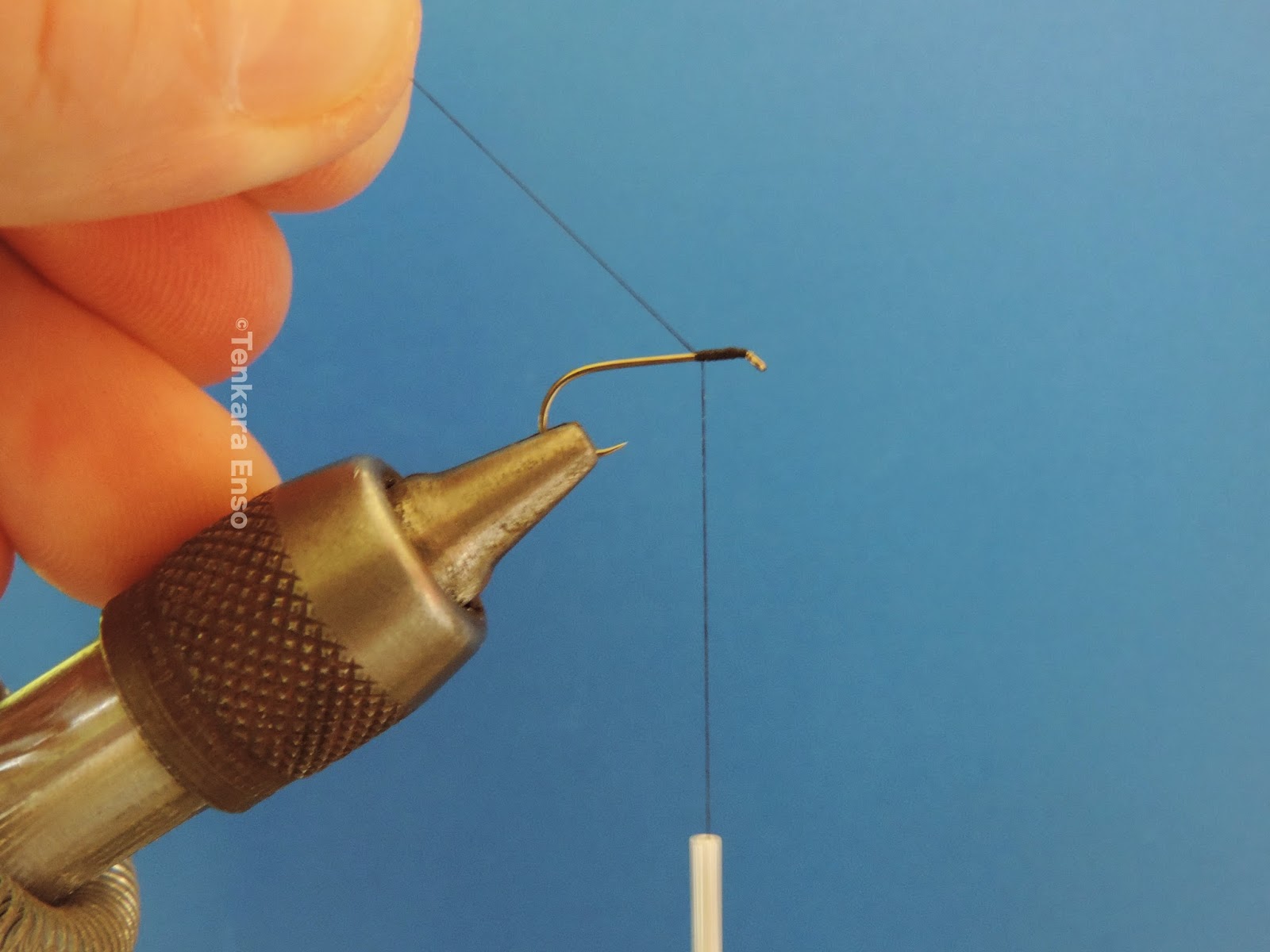 2) Select a guinea fowl feather and prepare it by removing the fluff from the stem then stroke the fibers against the grain. 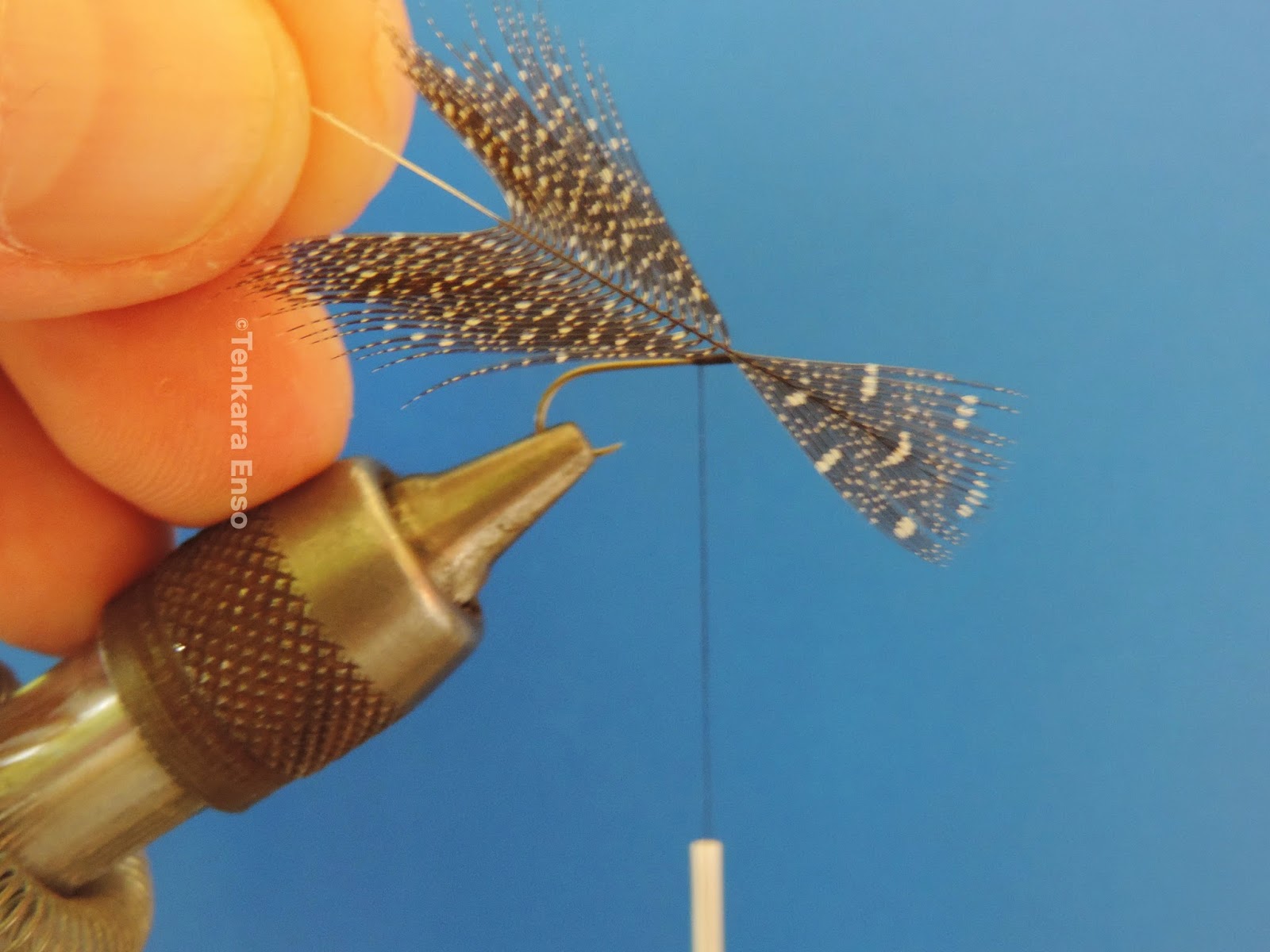 3) Catch in the feather tip with tight wraps of tying thread than trim the excess. 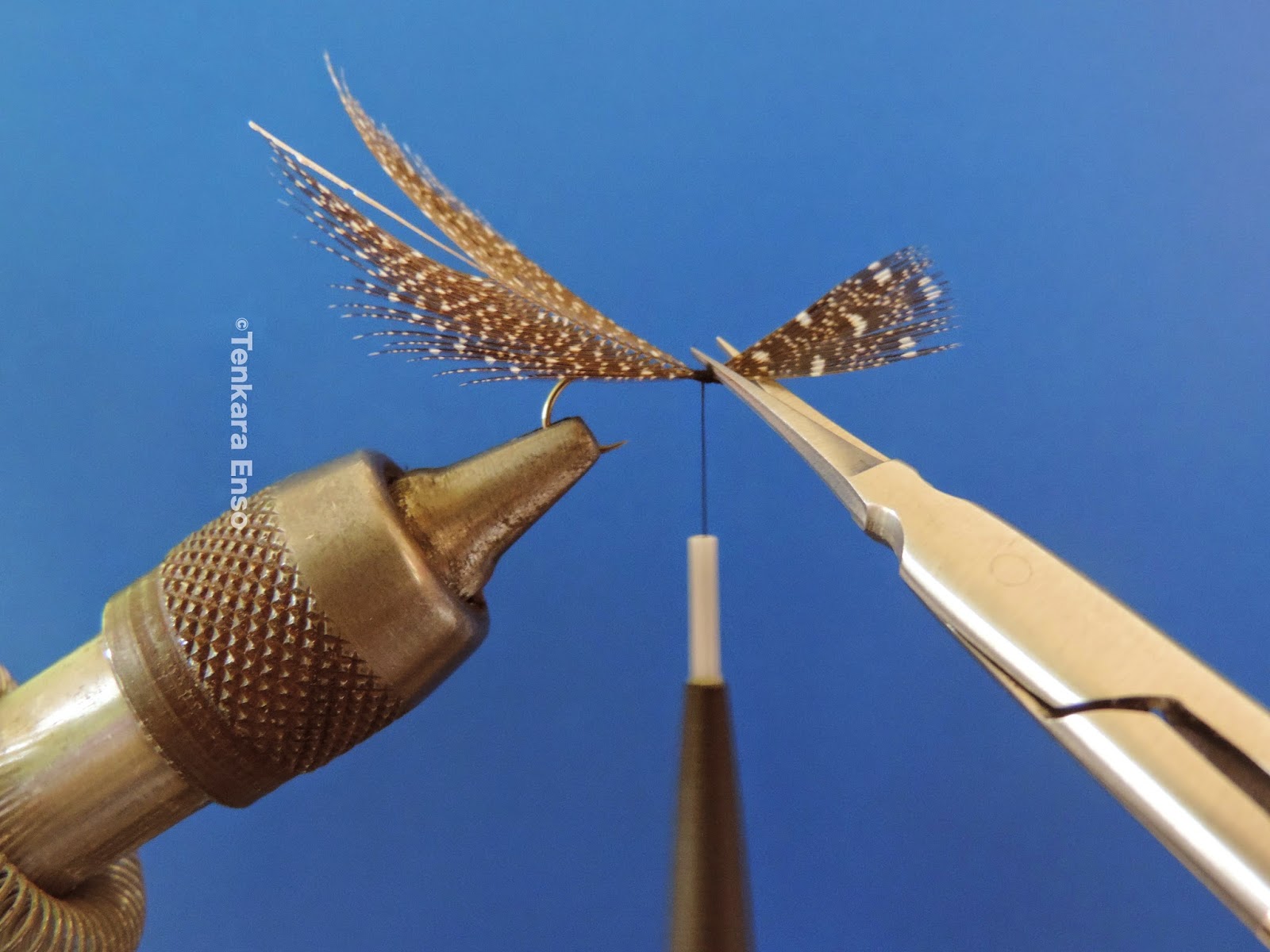 4) Take hold of the feather with a pair of hackle pliers and maintain the feather in vertical position.         Gently bend the feather fibers towards the hook eye. 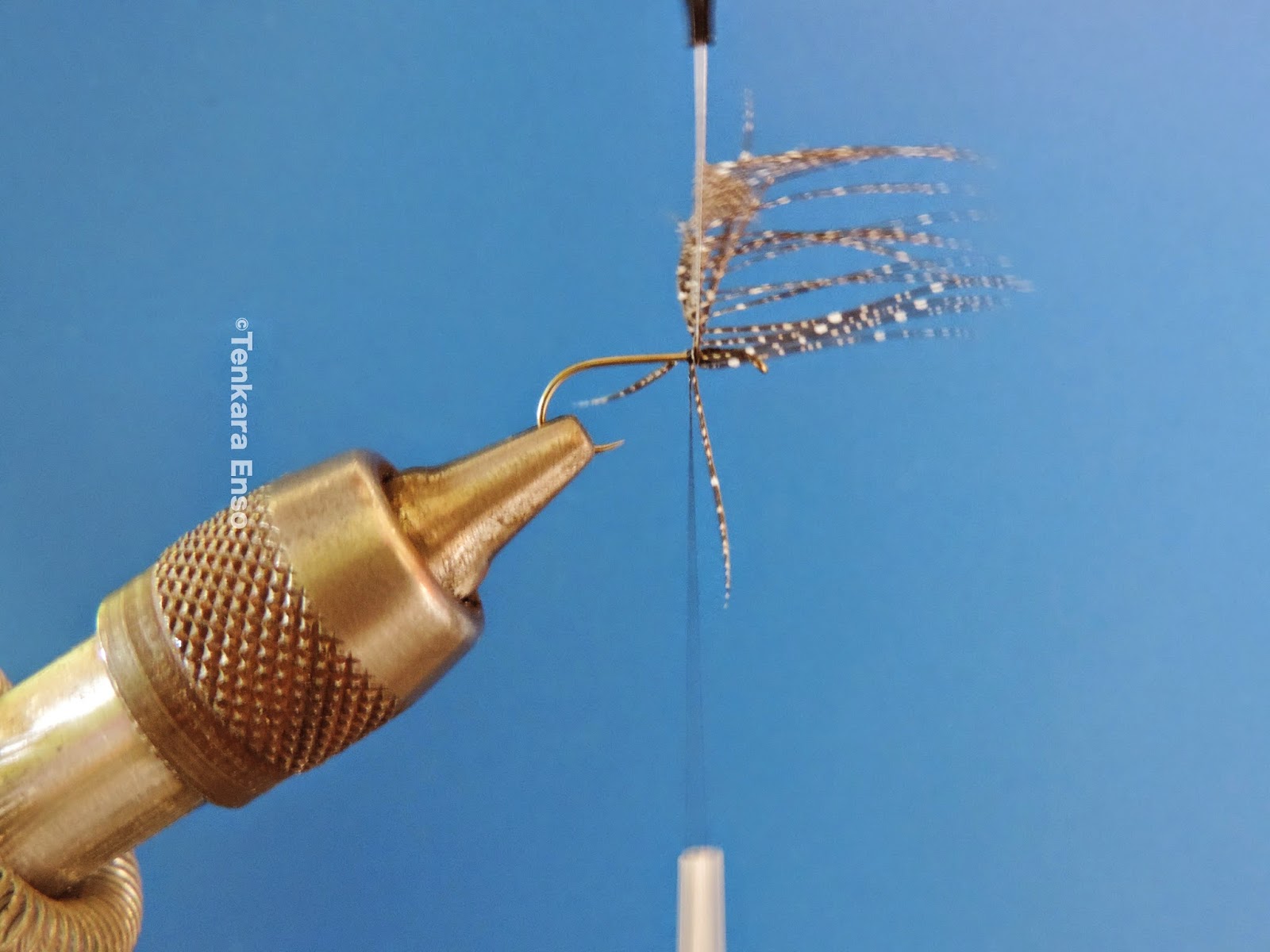 5) Wind the feather around the shank and make sure all the fibers are facing forward after every turn.
Catch in the feather stem with tight wraps of tying threads then trim the excess. 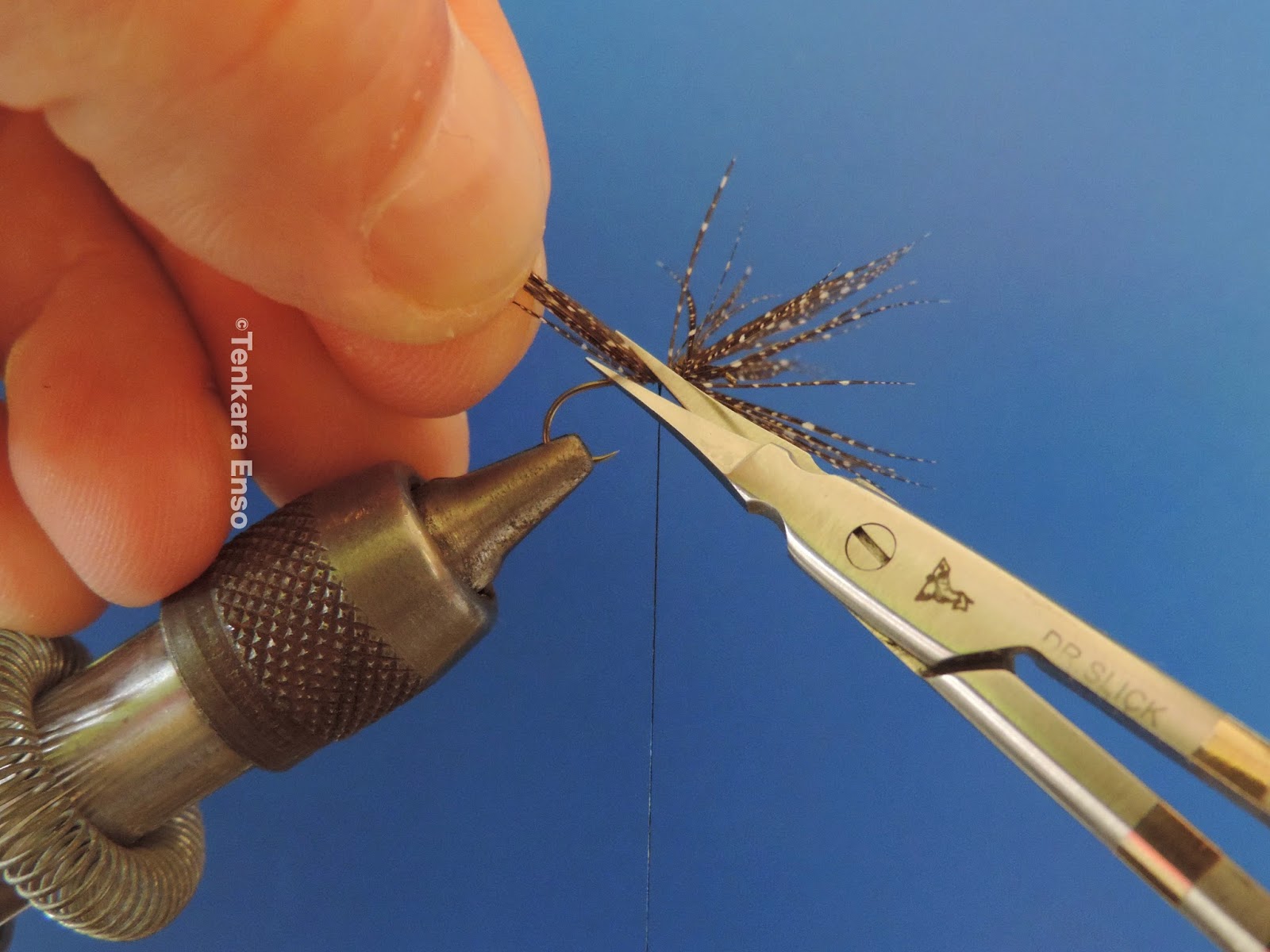 6) Behind the guinea fowl hackle catch in a peacock herl and wind it around the shank. Do three or         four turns as you prefer then secure the herl with tying thread thread and trim the excess of herl. 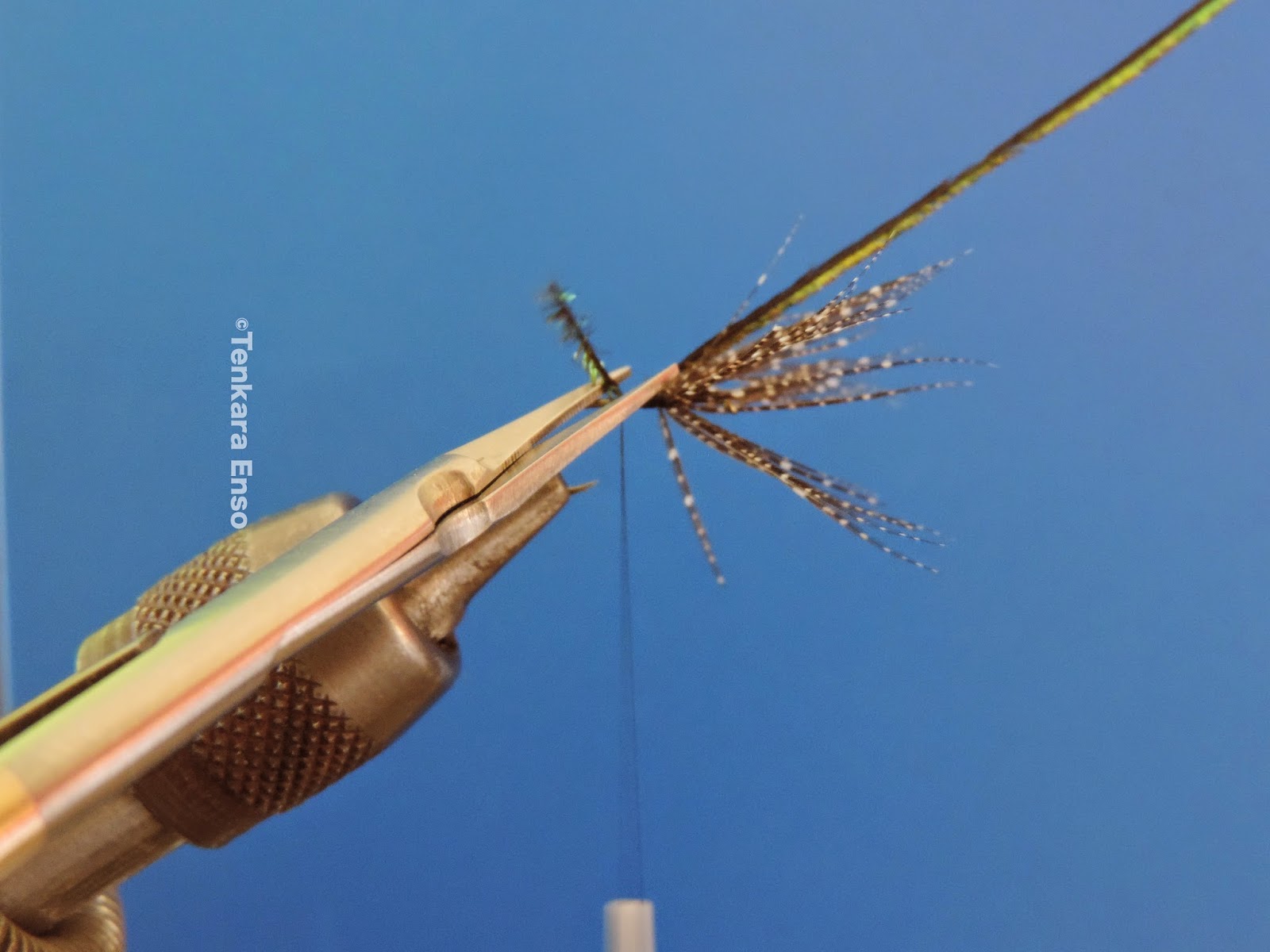 7) Build a body to your keabri by tight wraps of tying thread. When the body has the shape you like secure the tying thread with three half hitches and cast off thread. 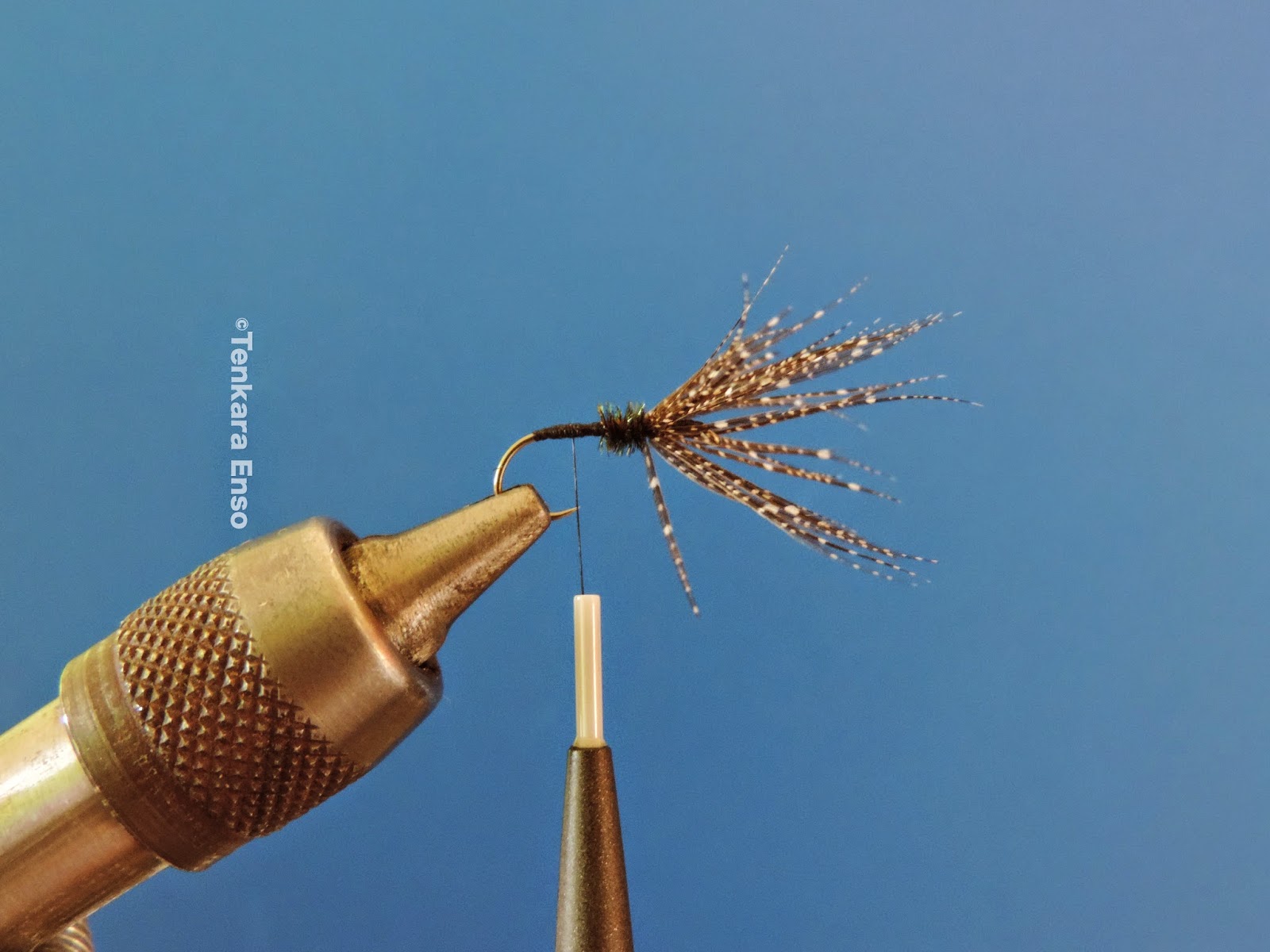 Your kebari is finished and ready to go fishing!