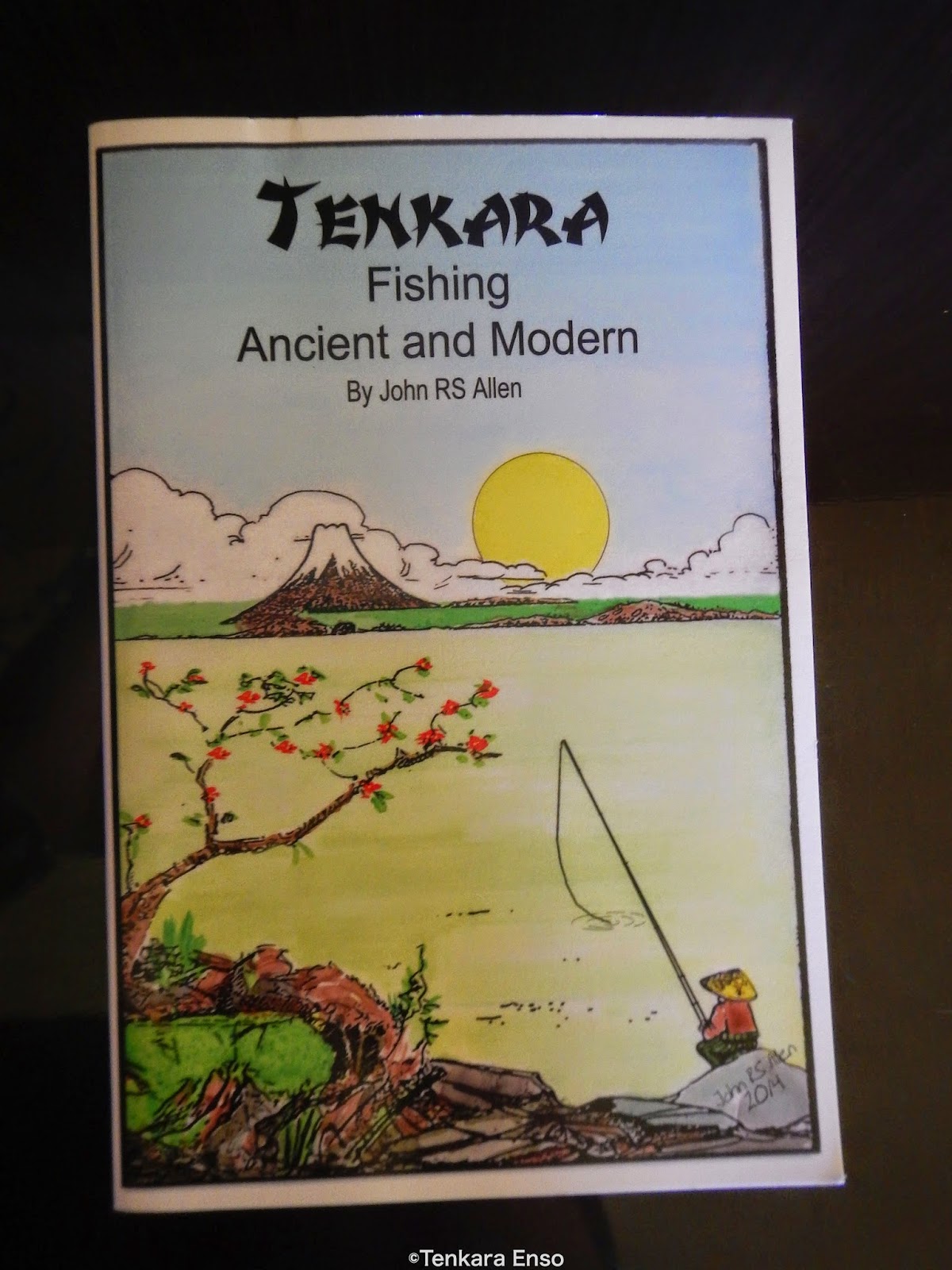 Released in last March, this book by John RS Allen is the third he published about tenkara.
There are not a lot of books around in the west about this fishing technique so I did take my time to seriously and conscientiously read this book that deals with the topic (and reason to exist) of this blog:
tenkara.

This 190 page book deals with every aspect of tenkara, from history to casting techniques via making furled lines. Nothing has been forgotten and I think that John RS Allen is really a good tenkara connoisseur, he was introduced to tenkara in Japan by Hideo Watanabe. He also experienced a lot by himself as he writes several times in his book.

This book is interesting and contains a load of informations but in my opinion all the chapters are not equal; some of them are very well done like for example the one dealing with the making of tamos which is simply the best I have ever read about this topic. It is really a tamo making manual! 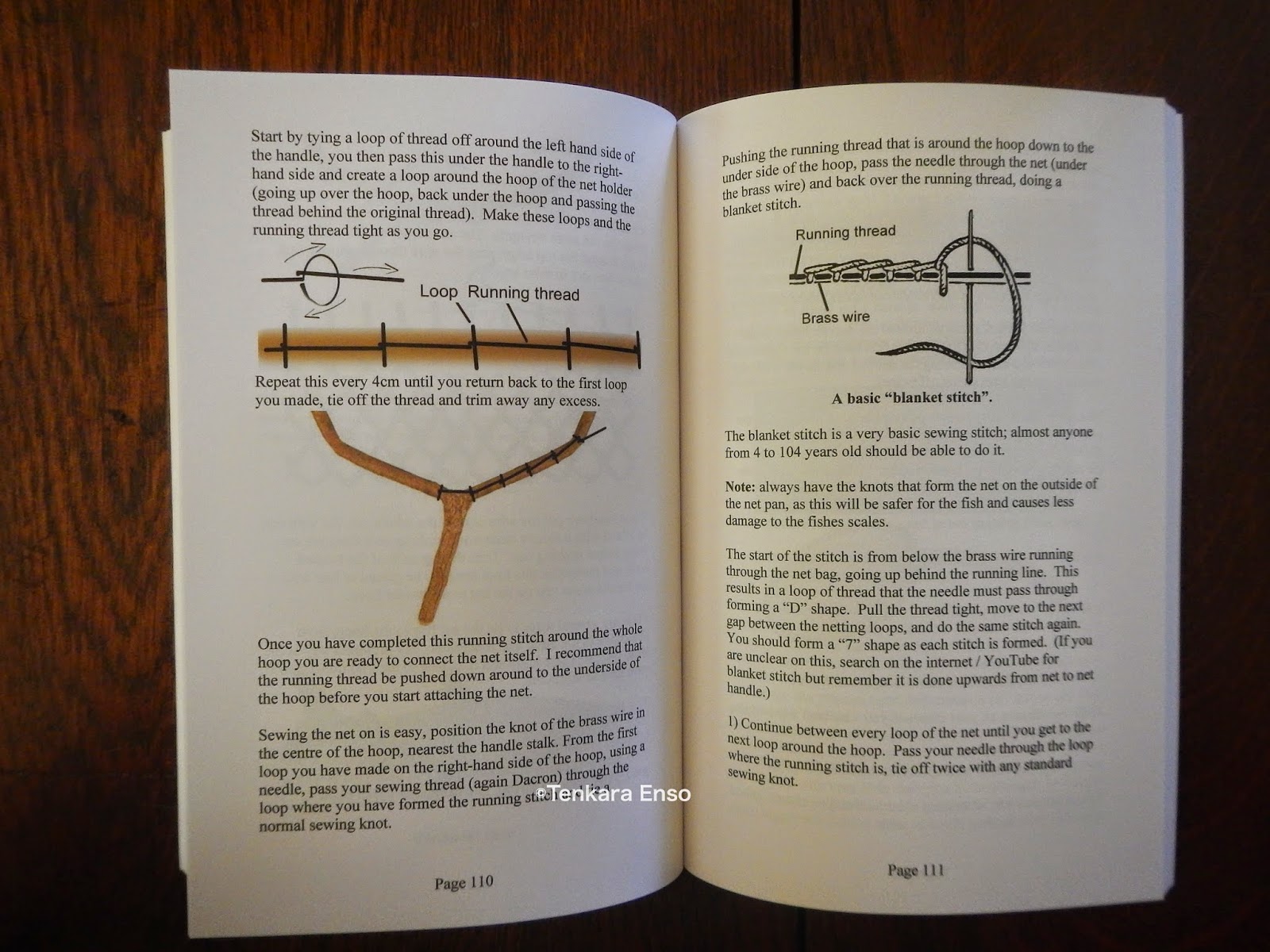 On the other hand some chapters are too much illustrated and by illustrations that do not bring anything; I can understand that it is useful to include a scheme of the making of the Davy knot but it is only a loss of room to include pictures of hooks or wool yarn! 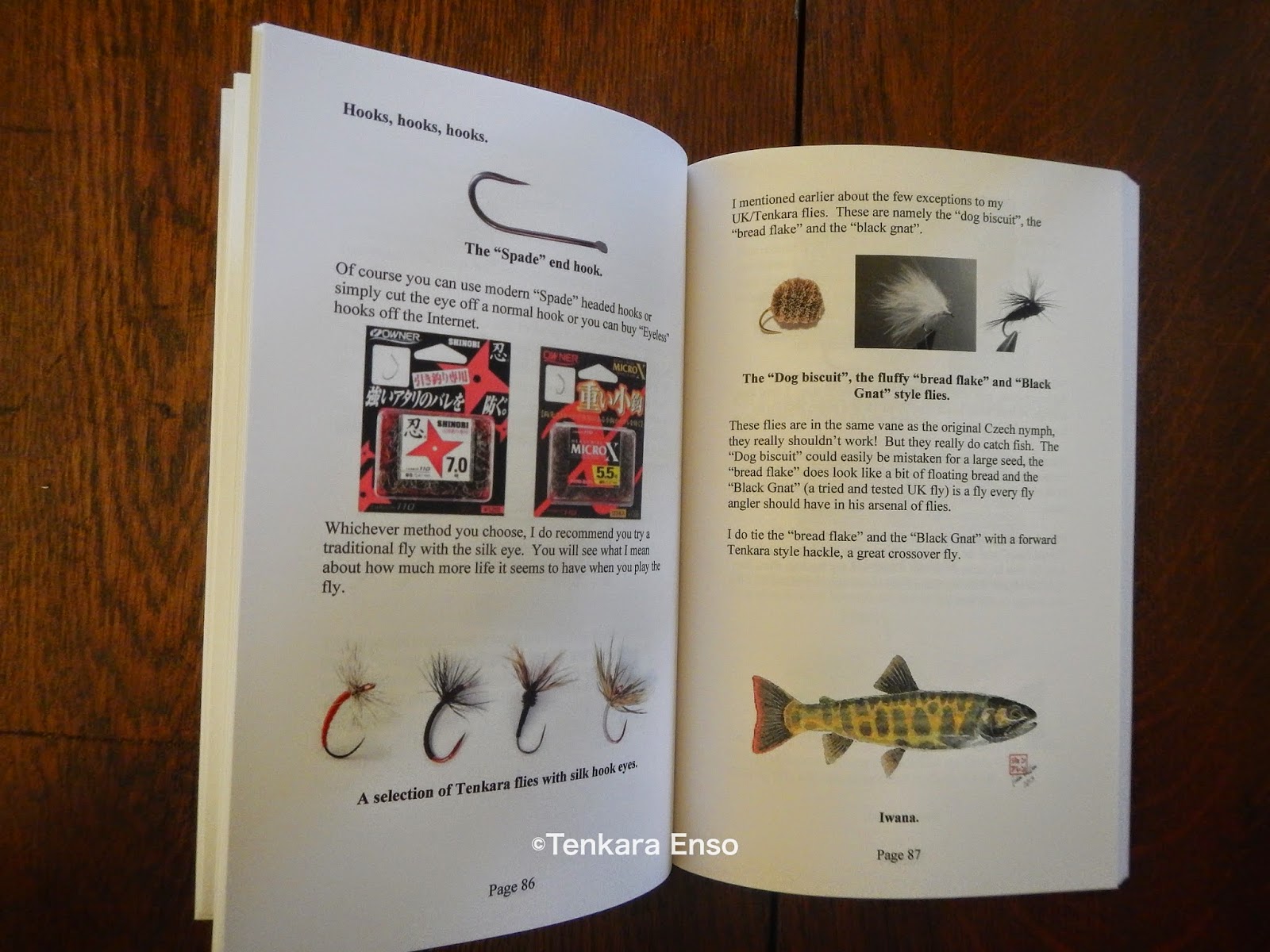 I would have probably had a different opinion about the illustration overload if this book was laid out like are most of the  Japanese books about tenkara with text and illustrations separated.
There is something about the illustrations that I did not understand. It is the use of gyotaku prints that one can find on many page footers. Gyotaku is not the topic of the book but that is, in my opinion, a pity that this form of art on which there is very little published in the West is reduced to fill in the blanks.
It would have been really more interesting to have a chapter about gyotaku as well done as the ones about knots or tamos. 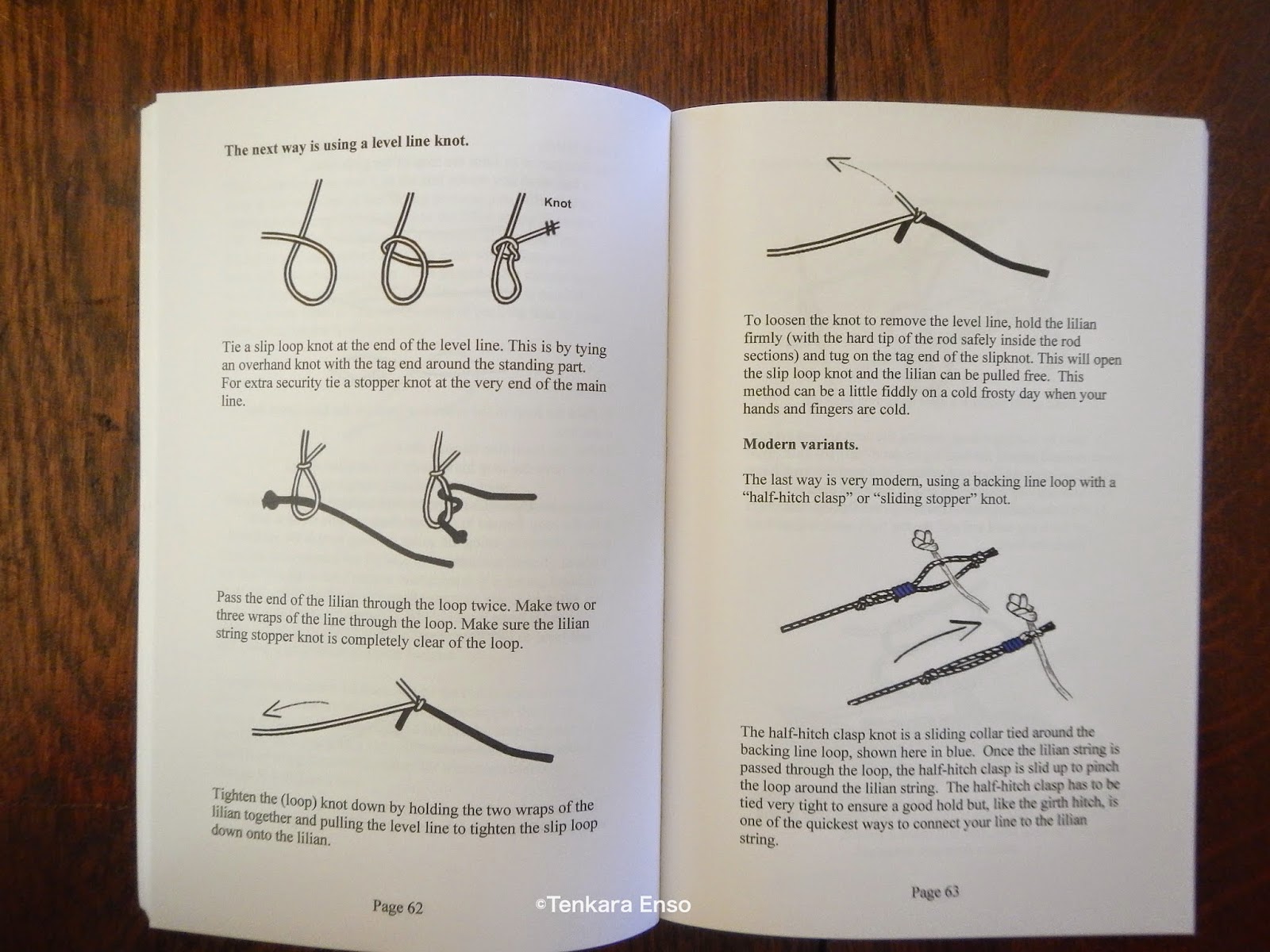 If the goal of John RS Allen was to publish a sum of what he has learned, has experienced and preferred about tenkara we can consider this book a success.
I am not doing a review chapter after chapter with my opinion about every thing written by John in his book, it would be tedious for you and every reader will have a different opinion about any of the topics covered by this book.

As I wrote in the introduction there are very few books about tenkara to date available from western authors so it can be interesting to confront our views and experiences with other people.
You can purchase this interesting book here.