It is rare to have the opportunity to meet the people who inspire us and thanks to whom we have developed a passion for something but I am gifted to have the pleasure to go fishing with the man who made me discover tenkara: Masami Sakakibara. 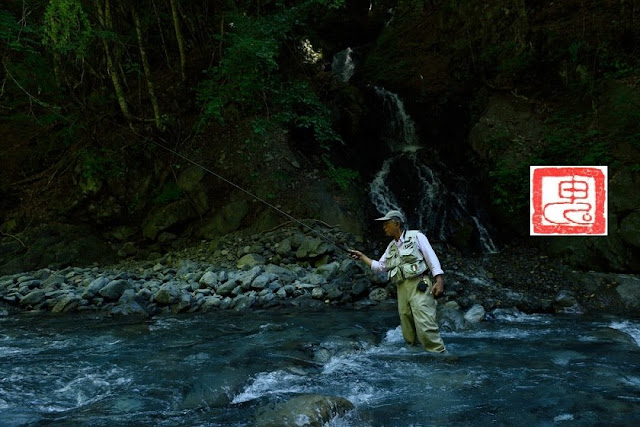 With his thirty five years experience in the field of tenkara Masami Sakakibara's style is the perfect illustration of the highest skilled master. Faithful to the basic principle of tenkara "A rod, a line, a fly"
he has developed his technique instead of carrying a lot of tackle. Oni tenkara is not only simple but also very efficient and it is explicit when one sees his kebari and thinks a little about it. I think that the Tenkara-no Oni style of fly tying can be resumed by a simple motto: "design matches function". 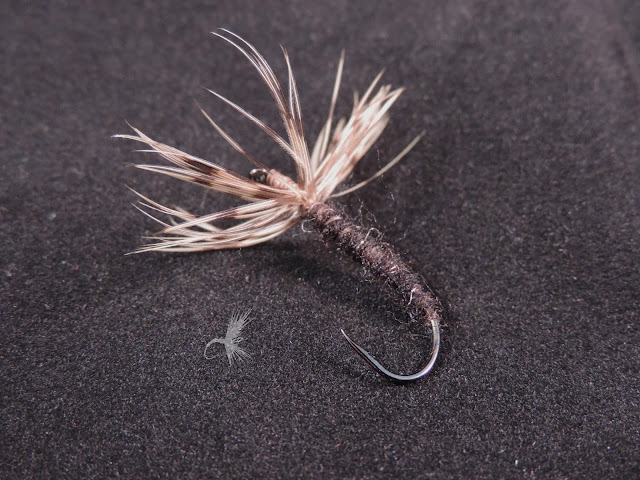 This kebari tied by Masami-san is probably his most famous pattern. He is used to name his patterns from the materials used, in this case "Oni black pheasant kebari". What has in first place made this kebari famous among western tenkara anglers is its size as Masami-san ties it on hooks up to size 2. But function dictates design and size and this kebari is designed to be used in the sasoi technique.

Masami-san uses Tiemco "pellet dubbing", which is a natural substitute for seal fur, for the body of this kebari; a hen pheasant feather on a Gamakatsu S10 hook.
The next kebari is Masami-san's interpretation of a Mayfly, a huge ephemera, it is realistic by its size but impressionistic by its design.  I think that this describes very well Tenkara-no Oni style of fly-tying. 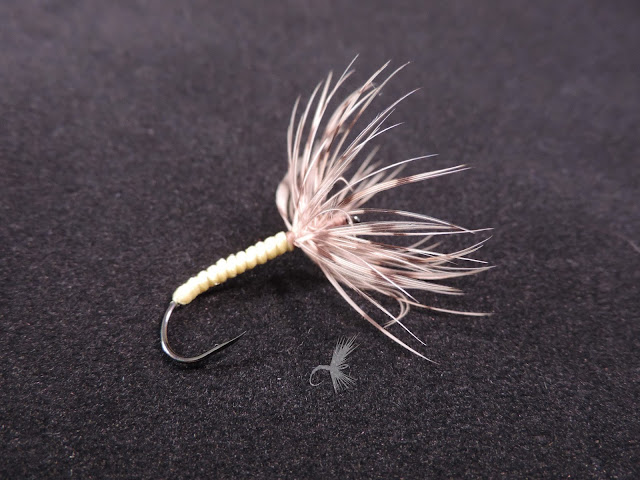 The body is made of polypropylene yarn and that is a good product if one wants low floatation kebari. The hackle will give the illusion of life to this kebari when on the water surface. 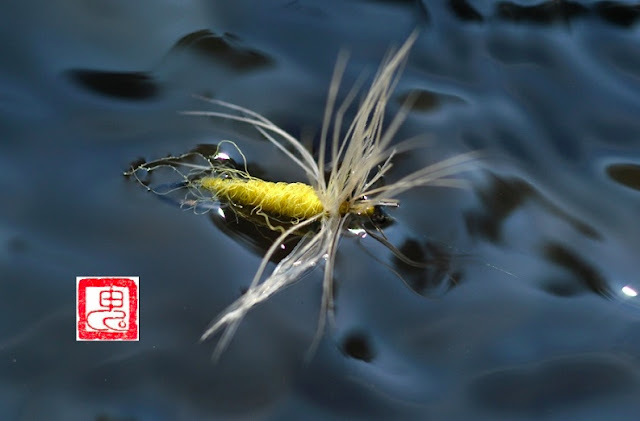 If fishing big streams with long level lines has become a kind of hallmark of Tenkara-no Oni style he is also a very experienced and skilled small streams tenkara angler as I got to realize during my stay with the Team Oni in the mountains. 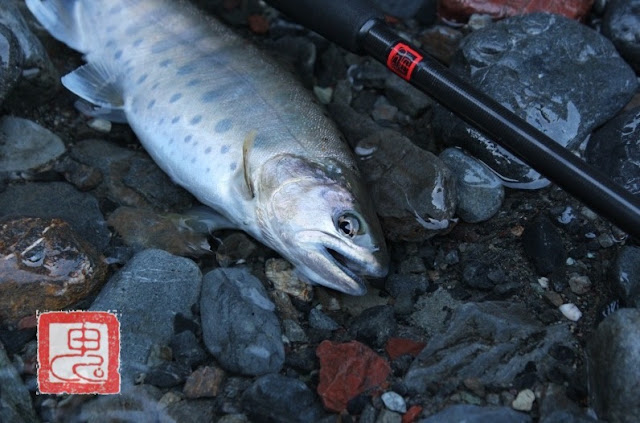 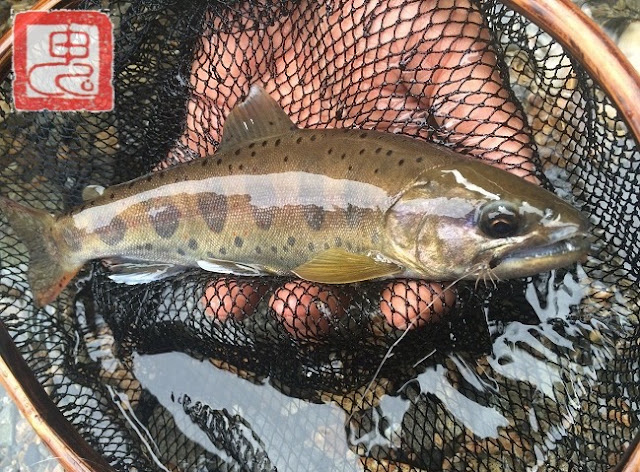 To fish in shallow mountain streams small sized , in relation with the observable small insects, and light kebari are needed to obtain natural drifts. Masami-san is accosumated to tie his small sized kebari on Tiemco 2499-SP BL hooks that as he says have great features for small streams tenkara fishing: short shank, wide gap and laser sharp point. 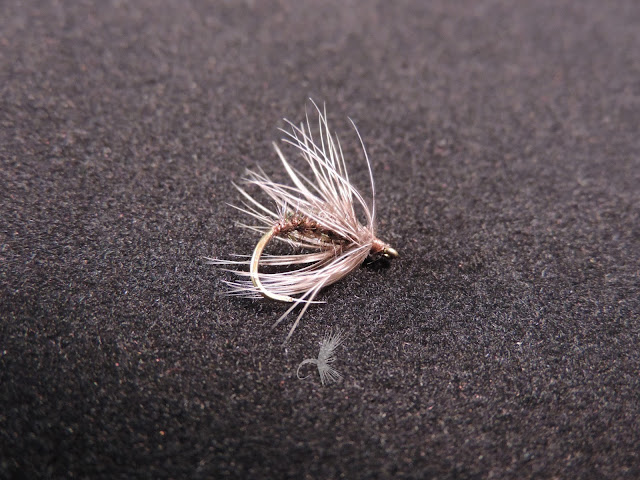 Masami Sakakibara's experience shows that it is possible to practice successful tenkara fishing on any water with his "simple" kebari because he has developed his technique on rational analysis of his fishing and fish behavior. 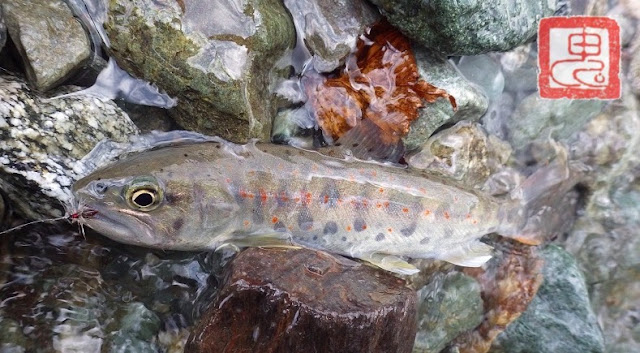 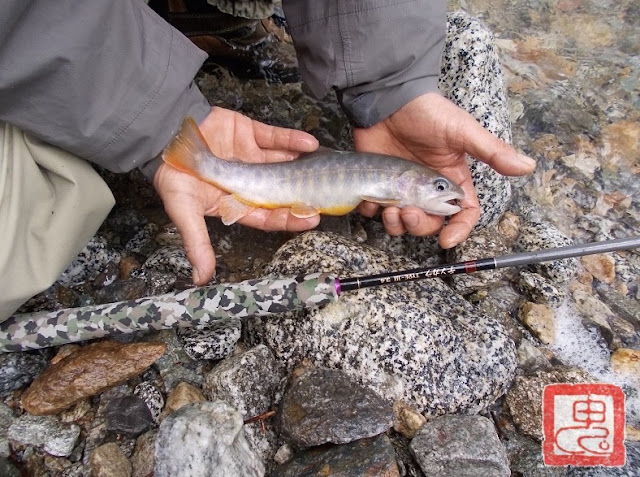 Masami-san has developed over the years a tenkara fishing system that is not only simple but also very effective. I would even personally say that the Oni tenkara style has become so effective because it has been kept simple throughout the years. While fishing with him in the mountains I understood why his nickname is "Tenkara-no Oni", the Tenkara demon. As he says himself: "A tenkara angler must be one with the stream". 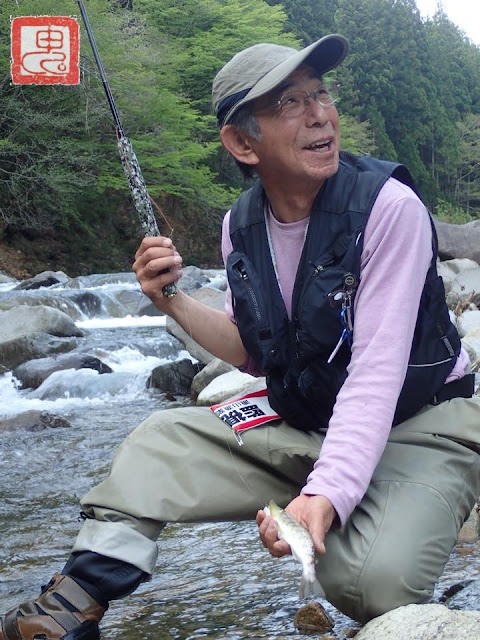 If you want to learn more about Masami Sakakibara and the Oni tenkara style I invite you to check his awesome blog.