After a little more than a couple of years of social network friendship I had the  pleasure during my stay in Japan to meet a friend who is as passionate as I am about tenkara: Kazumi "Ajari" Saigo.
During the hours of drive we did together from Kyoto to the banks of the Shō-gawa we talked about everything tenkara and I realized that my host's long experience with Masami Sakakibara and Dr. Hisao Ishigaki had gone to his head and that on the contrary he was happy to share his favorite streams with foreign tenkara anglers.
Kazumi Saigo who was a bass competition angler at the highest level has been seduced by the simplicity and efficiency of tenkara and that shows in his ability to give one the best advices while doing countless jokes. 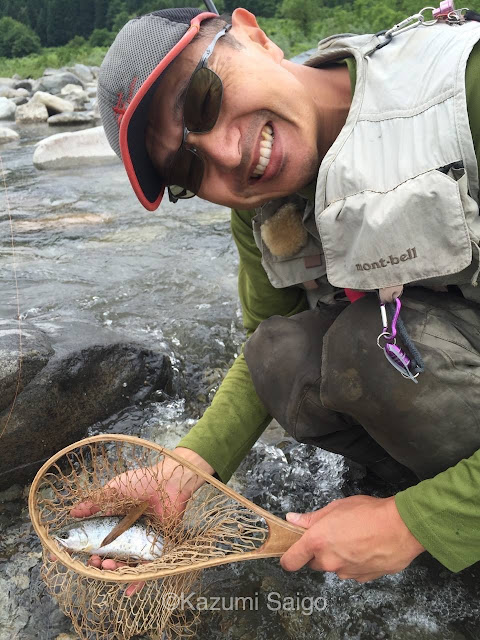 Ajari uses a very small number of kebari and these are very simple. Like other Japanese tenkara anglers he does not give names to his kebari. Over the years he refined his technique and his ties are now the same size 14 which is the one giving the best results on the streams he is used to fish. 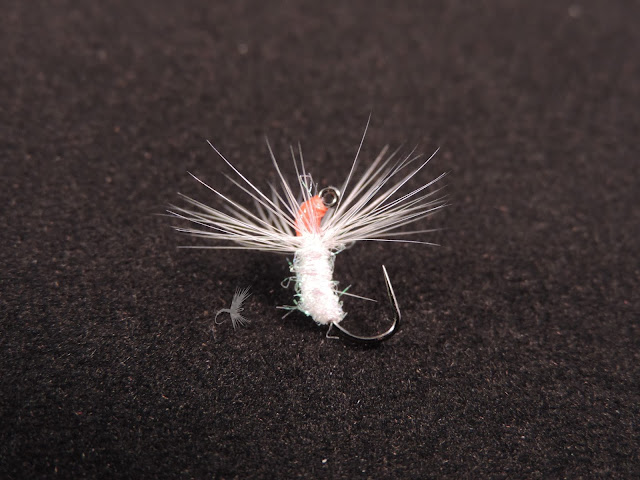 The one above is tied on a size 14 Tiemco 403 BLJ hook which is commonly called "jig hook" by fly tiers. The value of this hook is to give a more natural "swim" to the kebari, or rather moves closer to the swimming of a real insect trying to head for the surface. The body of this kebari is made of Hareline "Ice Dub" dubbing that is an excellent synthetic product that does not soak up water and is very durable. Ajari also uses the "Ice Dub" in black which is an interesting substitute for peacock herls. 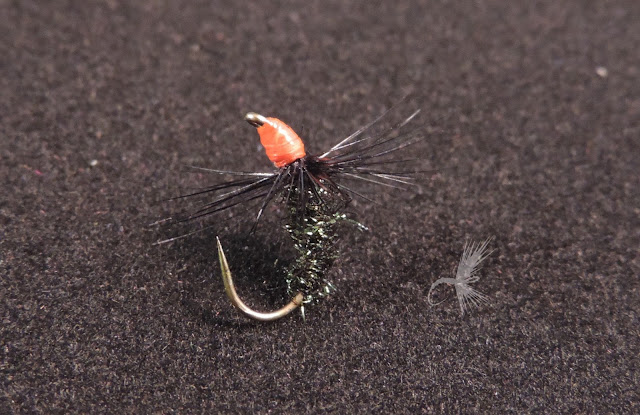 The benefit of this synthetic dubbing is obviously not to be more attractive to fishes, especially salmonids because as scientific studies show their eyes are not sensitive to UV longer than in the first weeks of their lives, but to be stronger than natural peacock herls. 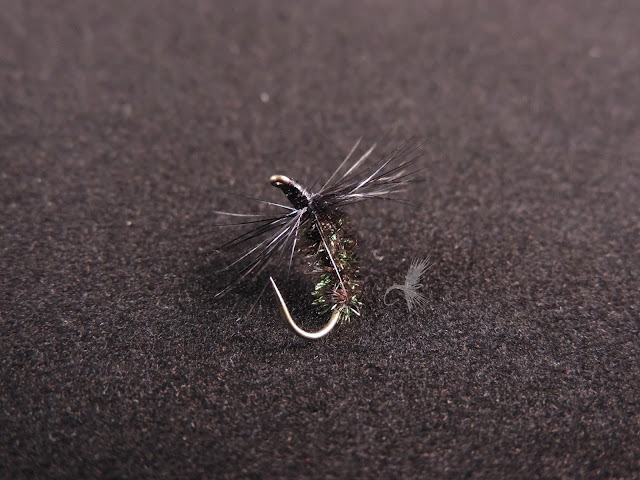 This second model is tied on a Tiemco 2487 BL hook size 14. The body made of natural peacock herls and its collar black cock hackle make it an extremely versatile pattern that can suggest for a fish hundreds of insect species which are its usual food.
Having had the opportunity to observe Ajari fishing I can state that he masters the drift of his kebari perfectly as he has understood long ago that it was the key of successful tenkara fishing: the fish do not make the difference between a true insect and a kebari if it drifts to the good speed. Rather than multiplying the kebari models Ajari has adapted his technique to fish behavior. 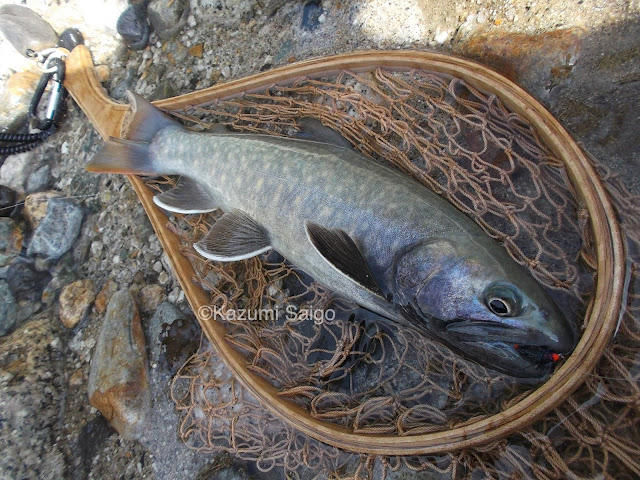 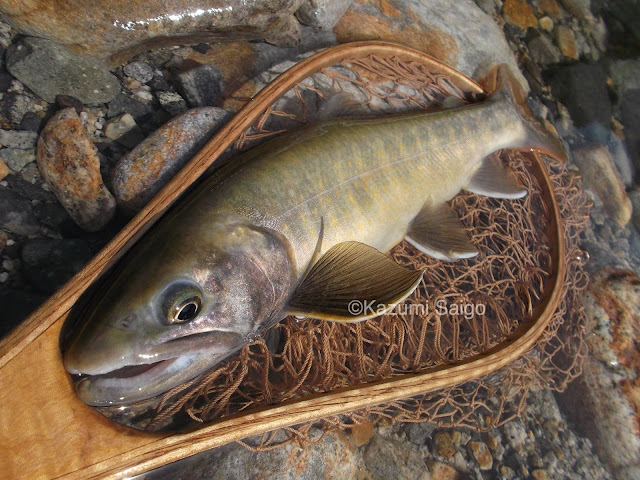 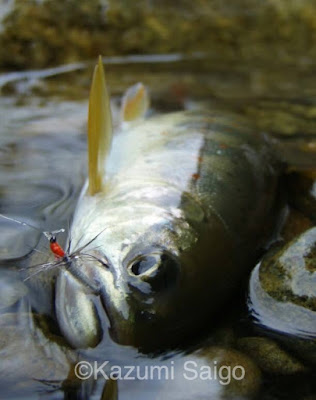 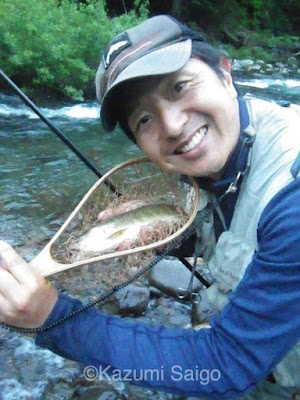 There is no doubt that in the future this excellent and friendly tenkara angler gains a lot of attention from the tenkara community. A fisherman who has developed a very effective technique while remaining faithful to the principle of simplicity of tenkara and who likes sharing will undoubtedly become a respected ambassador of tenkara.
Publié par tenkara normandie à 05:33