For a few months now some readers have asked me if I could post some articles about tenkara books and I think that this can be interesting so I have decided to do some.
This first post about tenkara books is about one that I think is very interesting as the author is a very important character in the history of contemporary tenkara: Hiromichi Fuji. 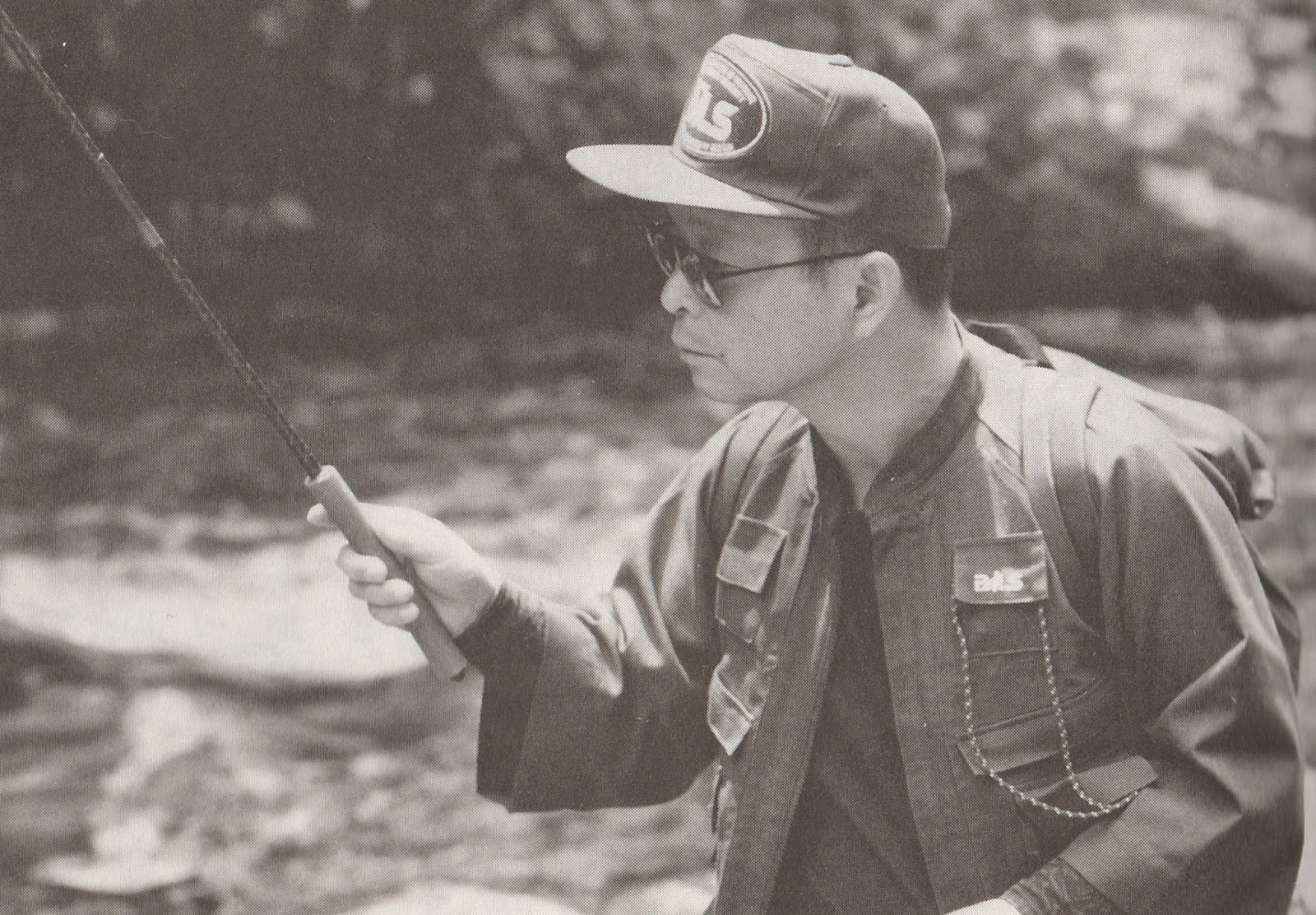 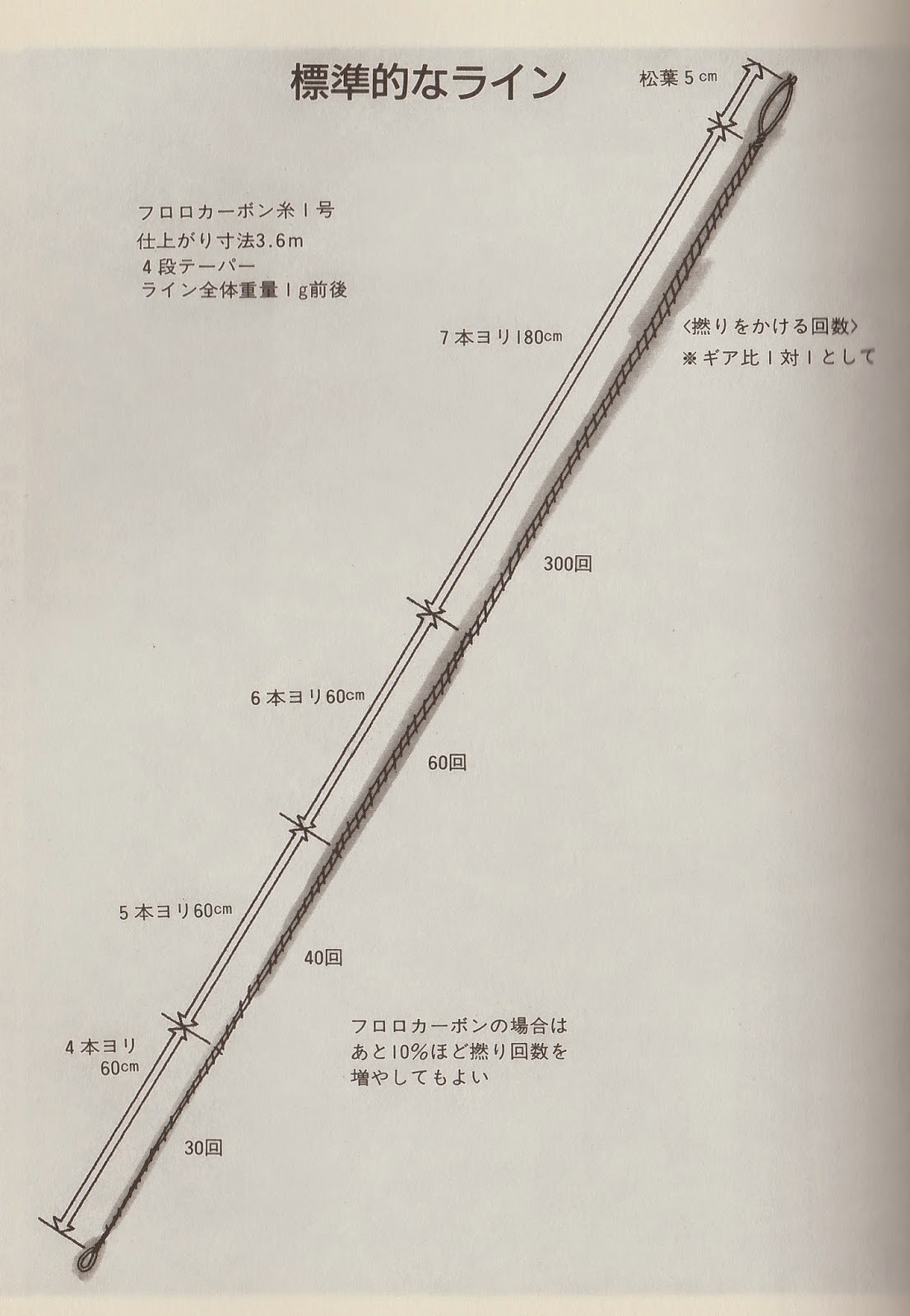 He has been of the first to use this fishing technique in a sports perspective after the disappearance of commercial tenkara anglers in Japan who had never worried about transmitting their knowledge.

In that time very few people were interested by tenkara besides a handful of passionates such as Yuzo Sebata and the journalist Soseki Yamamoto. The "Modern tenkara" book was published in 1990 and is the fruit of a long tenkara experience.
This books consists in five parts and begins by a generous chapter about tenkara gear and the least I can state is that this chapter has been written by a man who has played a key role in the design and development of contemporary tenkara rods for the Nissin company. Fuji Sensei is also a famous furled taper lines maker. These lines were designed by Fuji Sensei to perfectly fit his own tenkara technique named "sutebari".

The goal is clear: enticing the fish by suggesting a starting hatch. This technique is effective and I often use it when I go fishing in the less productive hours. I have really better results while following the techniques of the tenkara masters than with the easy resort of weighted nymphs.
Like any good about tenkara there is a chapter about fly tying and in this book it is generously illustrated with very explicit drawings that can be understood even by someone who has never tied any kebari before. I note that at the time when the book was published Fuji Sensei seemed to have a preference for classic tenkara patterns such as the Asahi kebari, the Takayama sakasa kebari and the Gujo kebari.
The fundamental difference,  in my opinon, between Japanese and French books about fishing is that Japanese authors have heart to share their experience and knowledge while the French ones are more interested by flattering their ego. 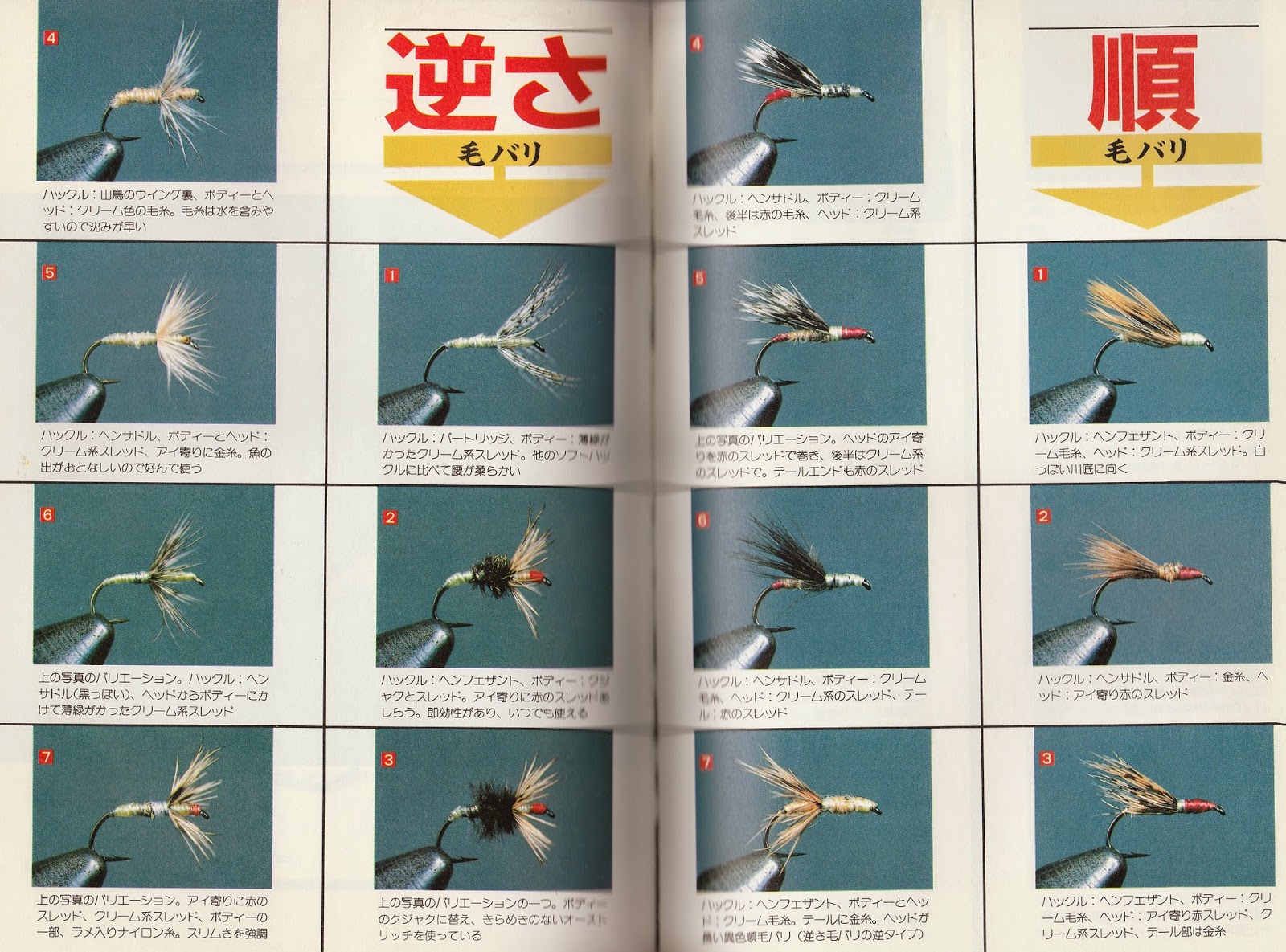 The third part deals with casting and the analysis of streams. This chapter is very well done and its content can be very useful to people who are new to fishing because Fuji Sensei had the great idea to make very clear illustrations. This chapter also contains illustrated explanations about the kebari presentation techniques called "sasoi" and I highly recommend tenkara newbies to seriously study these techniques because they can help one to seriously improve his technique and make one realize that in the tenkara world technique is more important than gear.

The fourth part of the book deals with several topics but one of them especially caught my attention: the vision of salmonids. One can easily find in books, the internet and fishing magazines a huge number of theories about the salmonids vision but I personally never saw anything I could consider as relevant because I have always seen or read about the salmonids field of vision as a perfectly smooth cone. As far as I know a stream is not a perfectly ordered laboratory, trouts prefer living in places nearby an easy access shelter. This sole example, to me, shows that Fuji Sensei wrote his book basing its content on his personal experience and observations with the goal of sharing his ideas, concepts and discoveries. 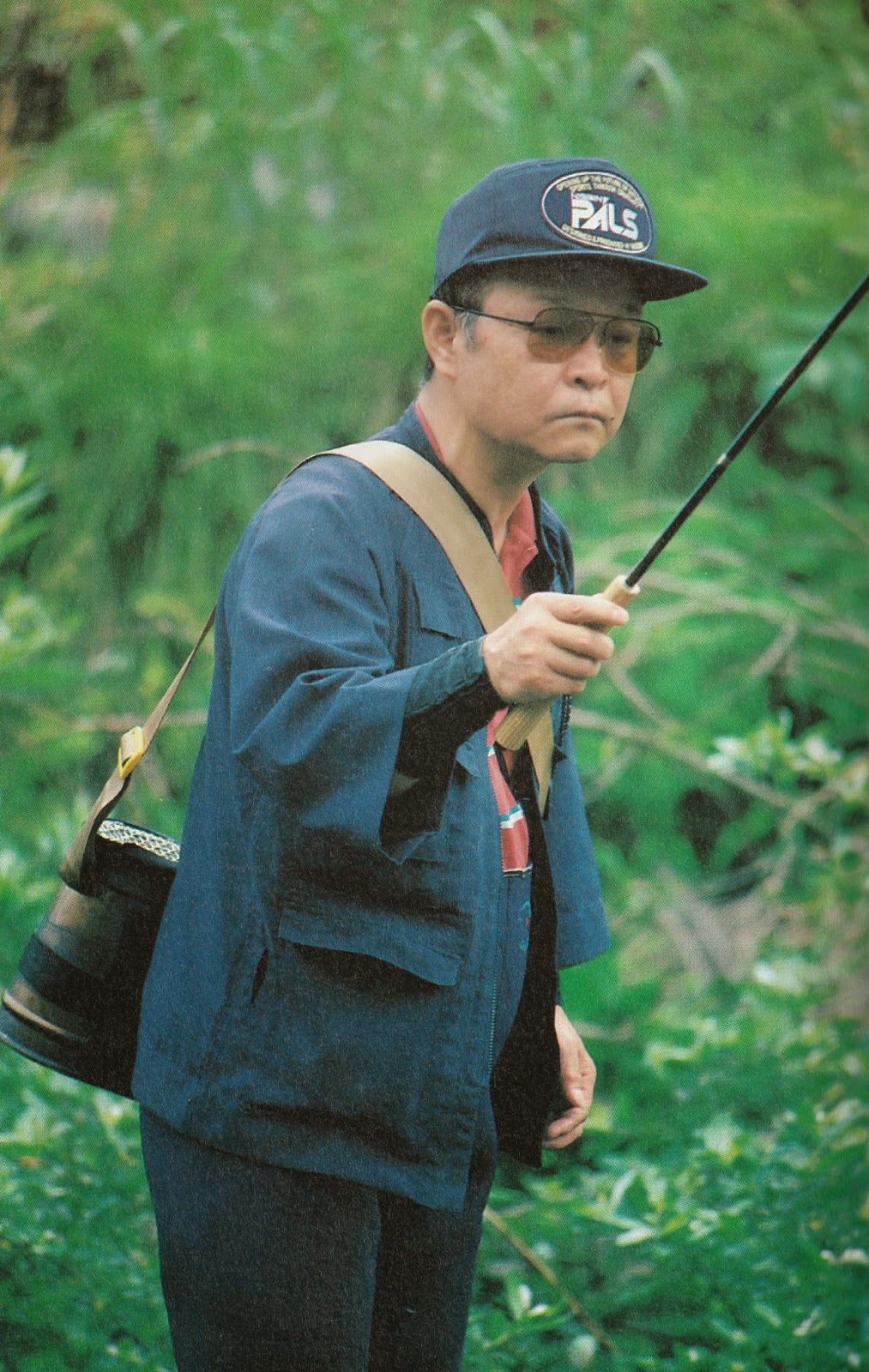 John Vetterli  of Tenkara Guides LLC was kind enough to write the final part of this post and share his experience with Fuji Sensei with us and I am grateful to him for having accepted my request.

In June 2014, my business and fishing partner Erik Ostrander and myself had just finished several days of fishing in Itoshiro village with Dr. Ishigaki when our good friend Eiji Yamakawa's van pulled up early in the morning to start a 4 hour road trip to a remote mountain fishing hut outside of Kiyoto that belongs to Horimichi Fuji. Author of several books on tenkara, innovator if NISSIN PALS fluorocarbon furled taper lines, commercial fly tier for Nissin, and designer of the Nissin Airstage Fujiryu line of tenkara rods. 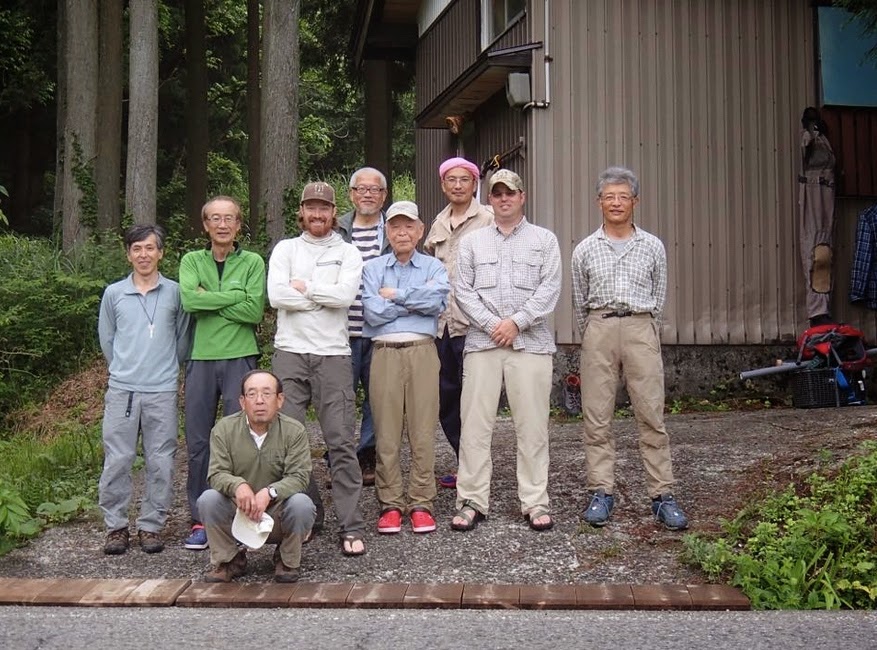 All the gang. We all slept in two tiny rooms in the hut together.

When we finally arrived at Fuji Sensei's hut, we were greeted by several members his fishing club and after brief introductions, we were in the river fishing under the watchful eyes of one of the living tenkara masters of Japan. 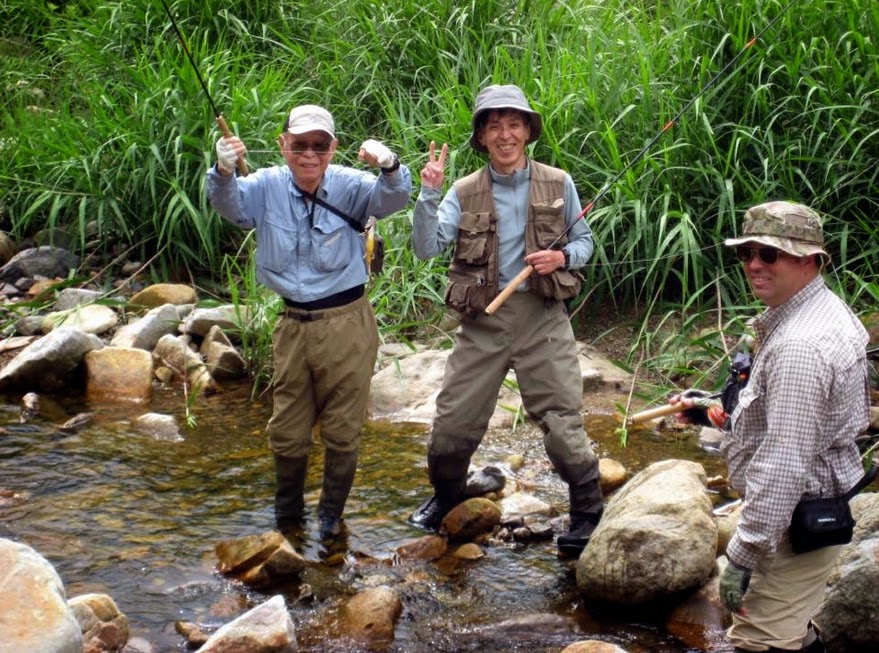 Fuji Sensei's style or Ryu of tenkara is unique. He likes softer full flex rods and uses his Nissin Pals furled lines. His casting stroke is slower in tempo than most tenkara anglers. He lets the rod completely load on the backstroke before he launches the line forward. He likes the kebari to land very soft, controlled, and fly only on the water. 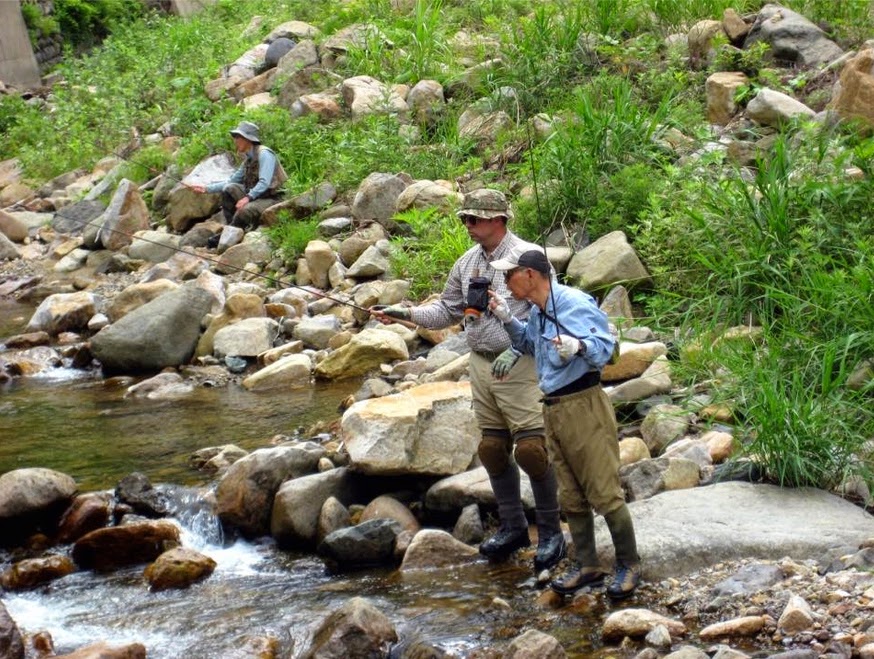 His teaching is a mix of sternness and easy going fun. He is quick to spot glitches in your cast or presentation and approachable to discussion about how to fix things.
He is a very warm, generous, good humored man with deep and sincere love of his streams, mountains, fishing culture, and teaching. He is a perfectionist when it comes to casting and presentation. He will push you to achieve and reach your potential. 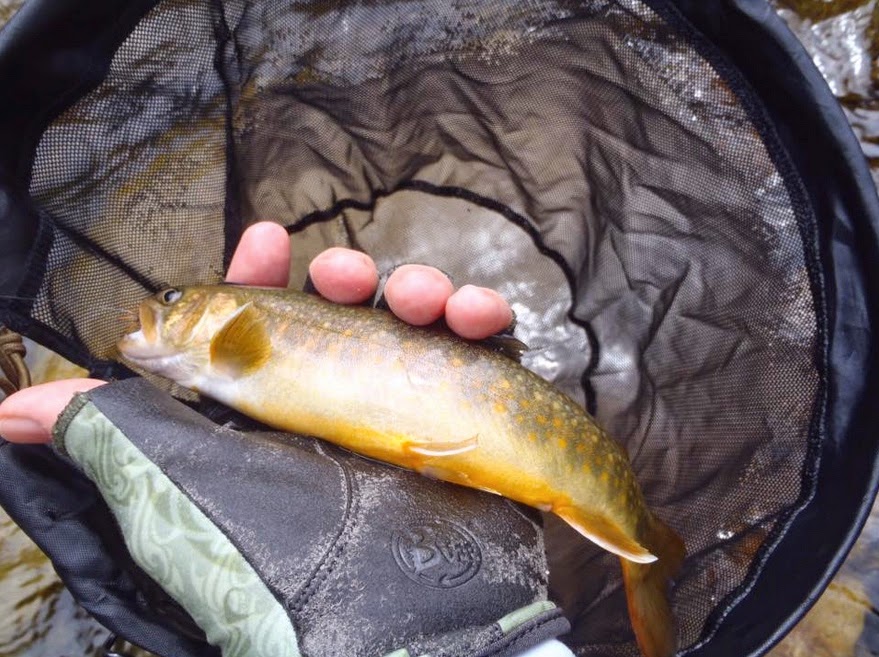 Fuji Sensei after a long day of fishing

We spent 3 days days living together in his tiny hut. Eating traditional Japanese food, sitting around the charcoal fire every night tying kebari, sharing stories, laughing a lot, and having a hell of a lot of fun. 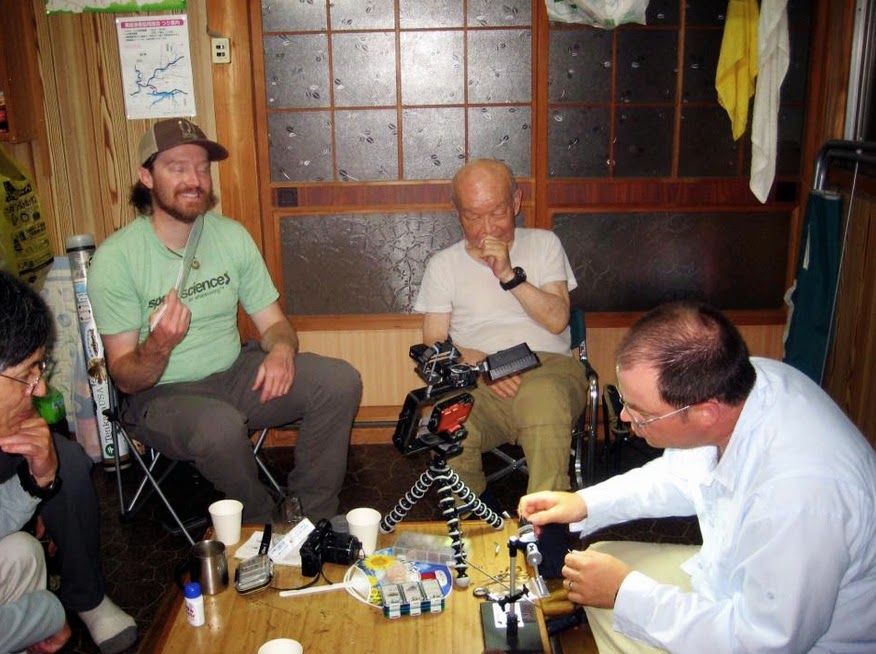 After our last day of fishing we traveled to Fuji Sensei's home in Kiyoto to tour his workshop where he hand ties all the kebari that Nissin sells and the giant machine he designed to build the Nissin Pals furled lines. His workshop is an inspiring place to visit and learn about his line making process and learn about his methods for tying kebari patterns. 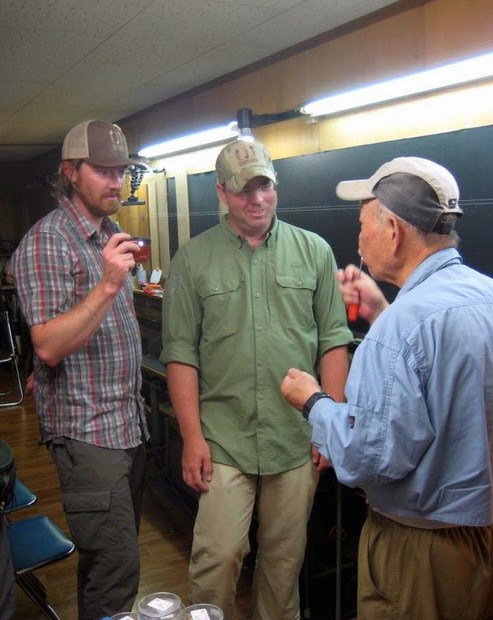 Hiromichi Fuji is a living treasure for tenkara anglers all over the world. I am truly humbled and honored to have spent a few days living, fishing, and learning from him. I will always cherish my memories of hanging out with Fuji Sensei.