After visiting the Ardèche, Lozère and Vercors in previous years we have this year at the invitation of Frédéric discovered the Ubaye Valley. It was a long time since I wanted to visit this area to fish there and it was the perfect opportunity. We were going to be five fishermen this year to spend this weekend dedicated to tenkara and the discovery of a beautiful mountain stream.

Arrived in the area on Friday evening Guilhem, Edouard and I were joined on saturday morning by Frederic "Tenkara Ubaye" and one of his friends named Jérôme and after a brief talk we left the village of Jausiers to go to the banks of the Ubaye stream. 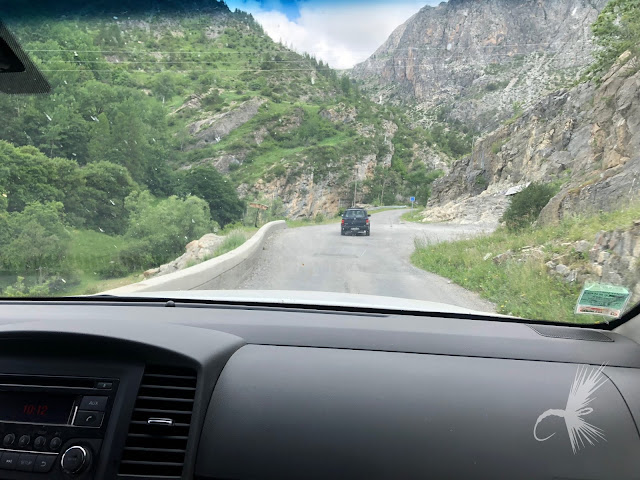 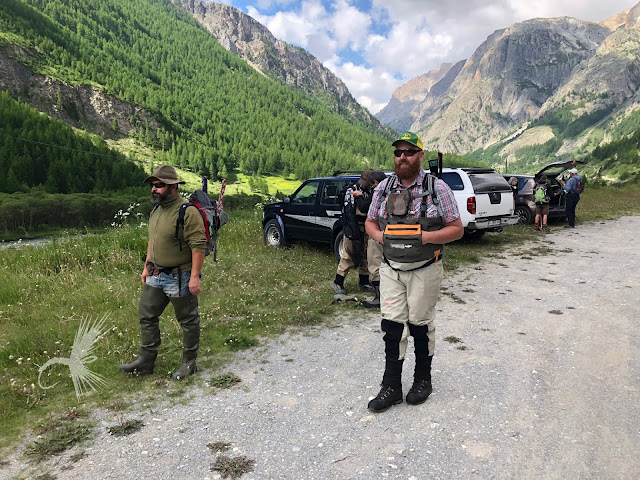 Arrived near the area where we wanted to fish we realised that like the weather forecast announced the wind was present and the sky slightly overcast; the melting of the snow not being finished the Ubaye was still a little high and gray but Frédéric who knows this stream very well estimated that this situation was not insurmountable for experimented tenkara anglers. 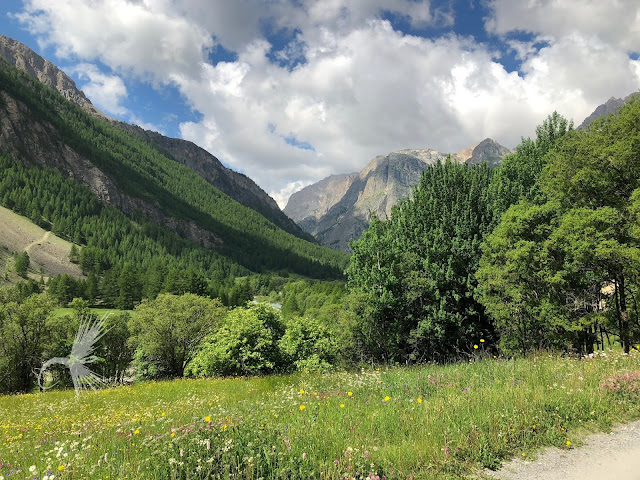 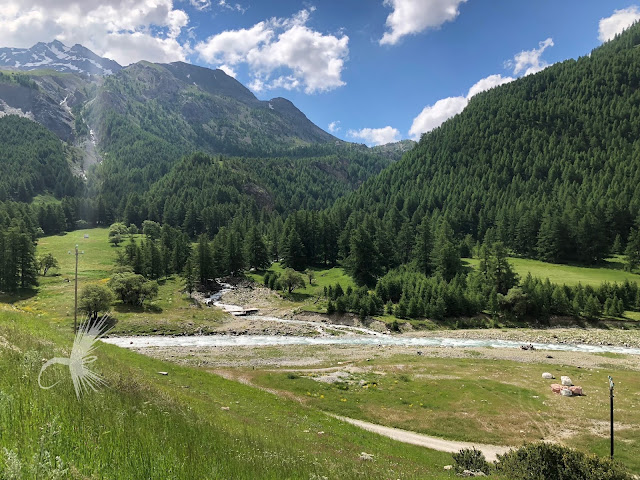 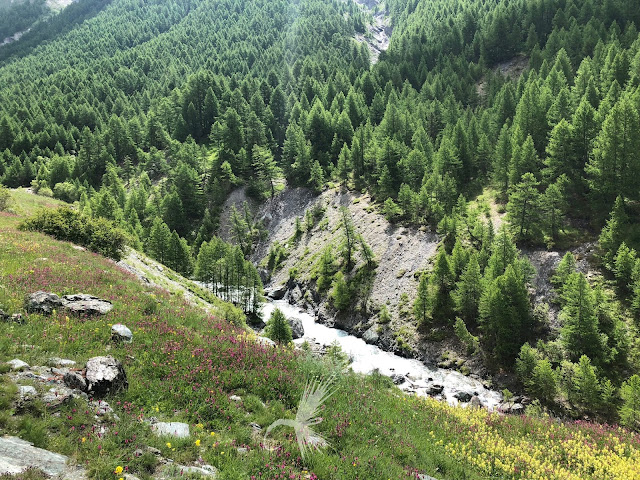 The trail traced by the hikers and the sheep allowed us to admire the grandiose landscapes in which flows the Ubaye. 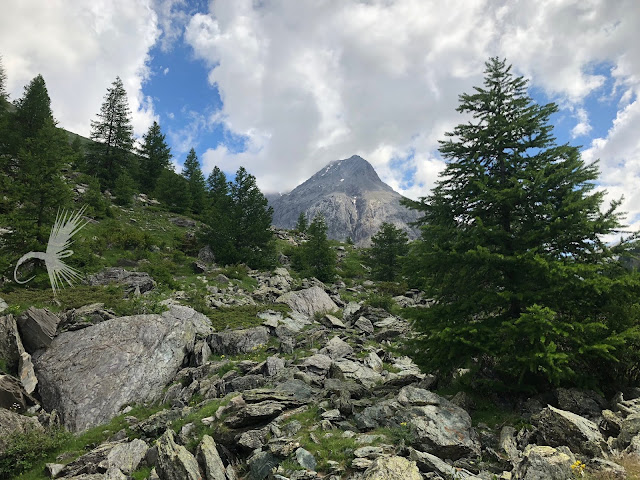 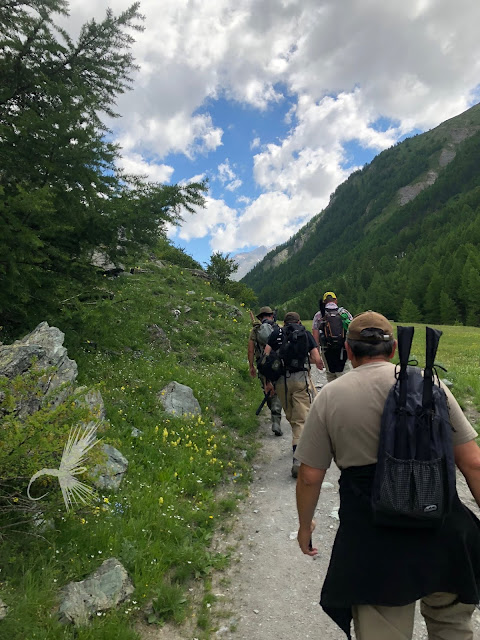 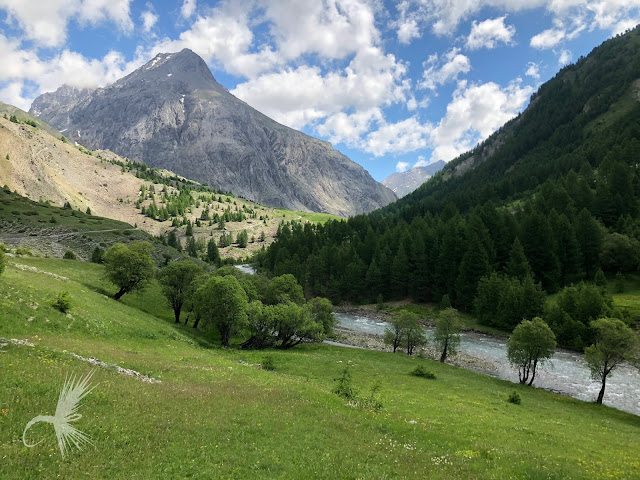 After a good walk that warmed us we arrived on a gentle slope through which we had an easy access  to the river. Jérôme, Guilhem and Edouard went upstream while Frédéric and I went downstream. 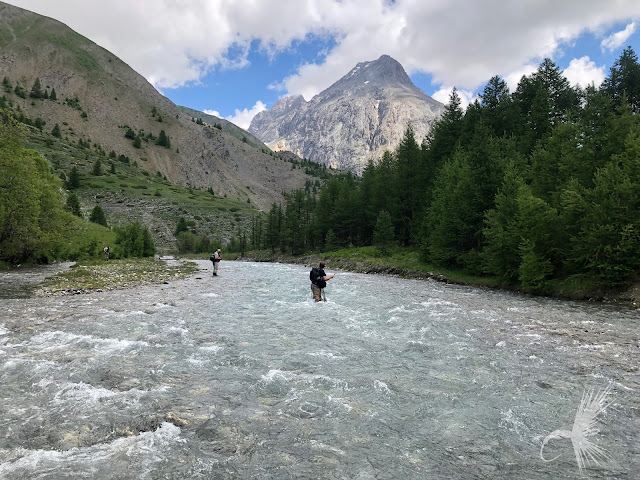 Frederic was the first of us to meet success by capturing a pretty nice trout that was in a hurry to go back to the stream after a few shots. 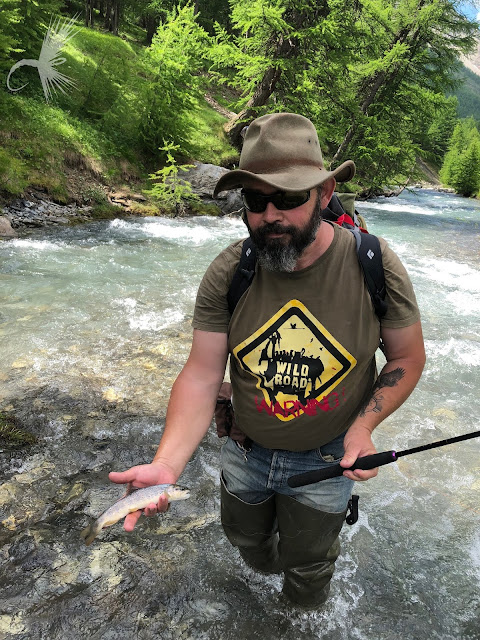 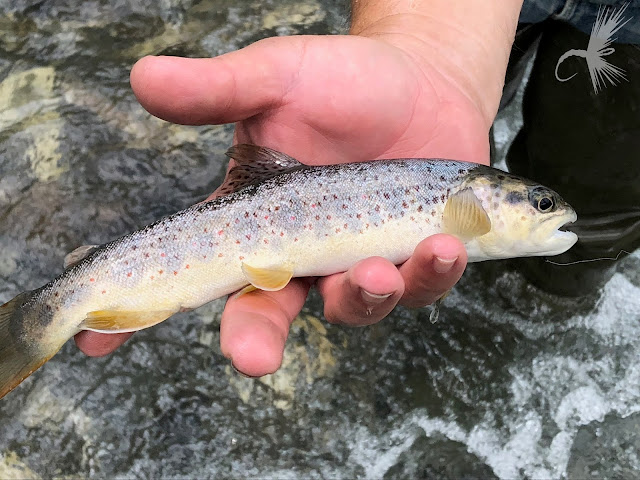 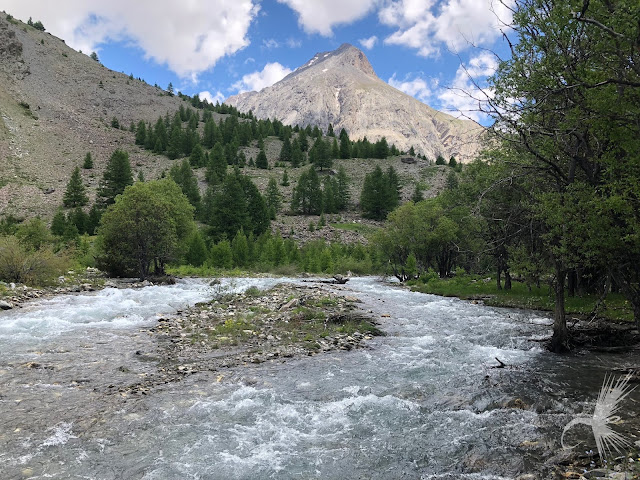 A few minutes laters I will catch a beautiful trout with a fly that I take everywhere with me; the Zenmai-dou.
What a pleasure to see the trout arise from their cache to take this kebari drifting a few inches below the surface! 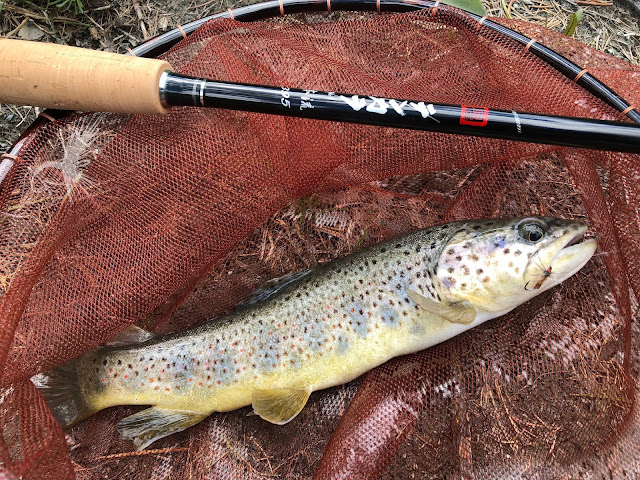 The water was a little bit high and very cold but we did arrive in the right time and we will have about three hours of fishing during which the combination of our talents with the cooperation of trout did give excellent results. 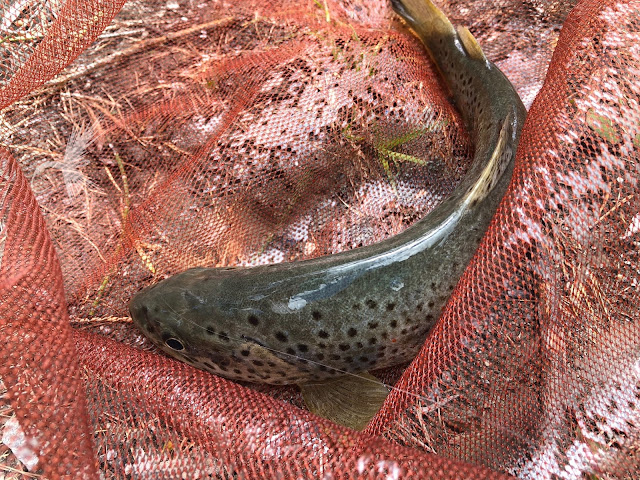 After a well deserved lunch break we went fishing on a small plateau, somewhat strange scenery where the river has formed a kind of archipelago where between countless islands live trout. Frédéric and I will also have the opportunity to observe several of those trout waiting for insects to drift in their sight. 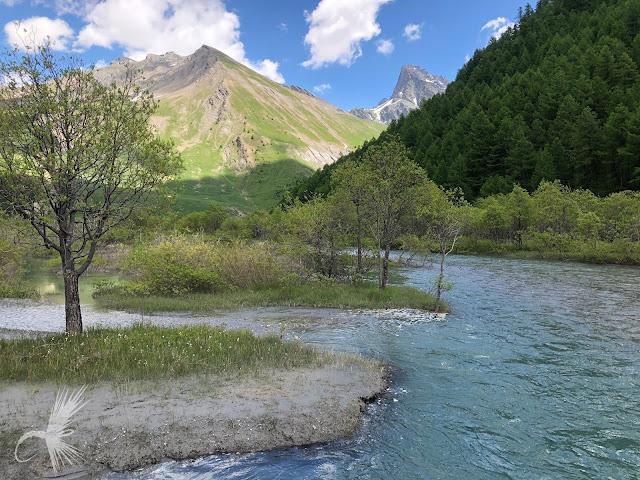 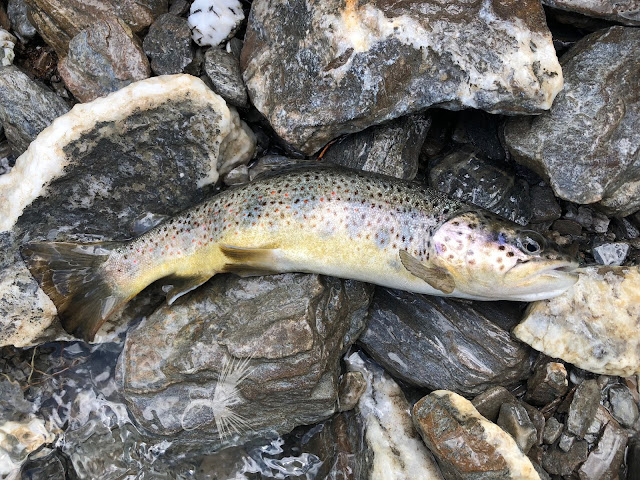 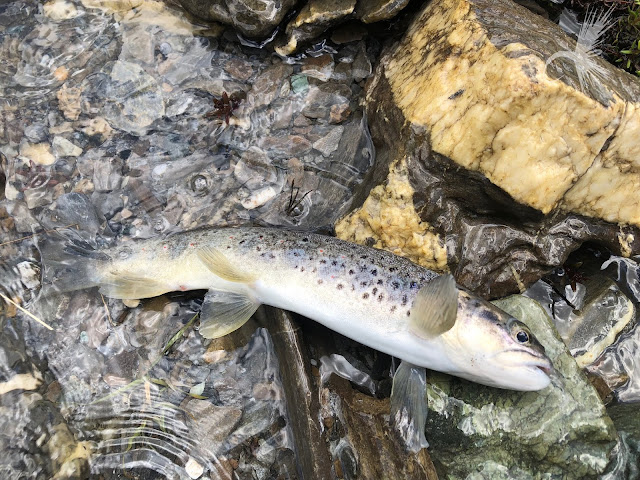 We were above 6500 feet high and as we did see there were still very large piles of snow to melt which explained the extremely low temperature of the water on the plateau. At the end of the afternoon the sky was more overcast and the wind has risen again, bringing down the temperature very quickly; we were standing wearing our jackets without a problem. The trout being more and more discreet we decided to go back down to Jausiers. 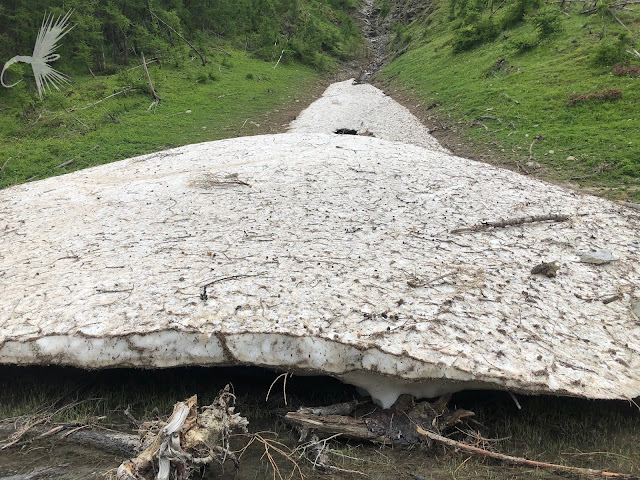 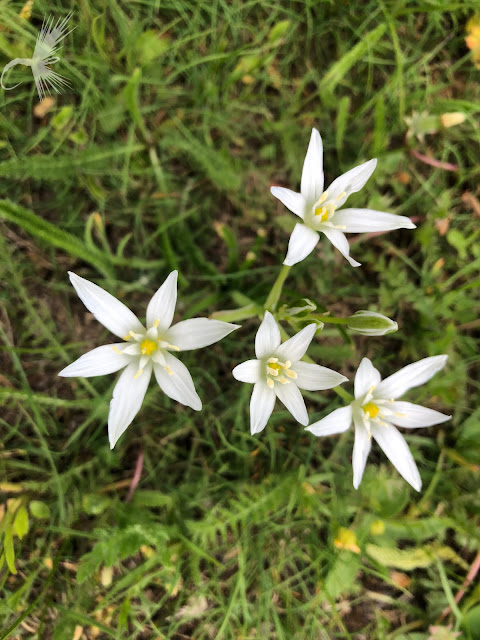 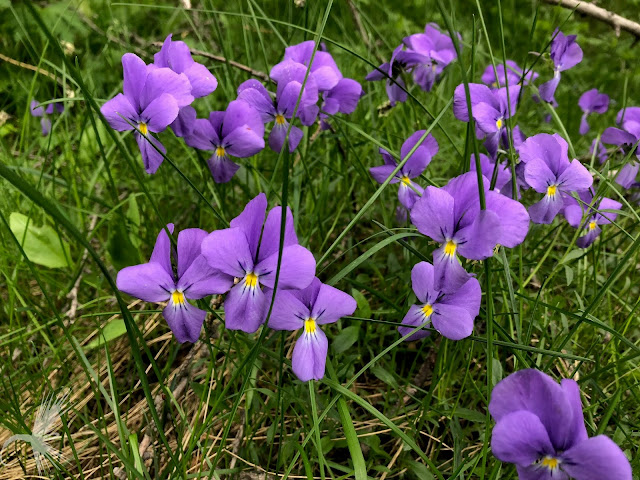 Thus ended this first part of our discovery of the Ubaye stream with which we were all satisfied.