Last year I did purchase a bamboo box that unlike the C&F Design I had before was compatible with my Zimmerbuilt strap pack and I have to say that it did fit perfectly. It is nothing fancy but very common and I had the opportunity to buy it very cheap.
But after several weeks of use I did find a cons: slit foam panels. I understand the use of these high density slit foam panels when you absolutely need to keep your dozens of nymphs patterns classified to be able to change the pattern used to catch as many fishes as possible in a competition for example, I understand the use of this kind of device for anglers who want to stick to the "match the hatch" conception of fly fishing but this is totally useless for a tenkara angler who is a one fly adept or one who is convinced that the main characteristic of fishes in their feeding process is opportunism.

One day, back home after a tenkara outing I ripped the foam panels from the box and put back my hanful of takayama sakasa kebari in it.
A few weeks ago while talking about custom kebari boxes in a tenkara forum a friend of mine invited me to get in touch with Richard Setina,  an American craftsman known for his beautiful custom kebari boxes.

Within a few mails I and Richard conceived my box. After a few days Richard sent me pictures of a trial version of what would my custom kebari box and the result was amazing! Even hot off the tools it was absolutely awesome. 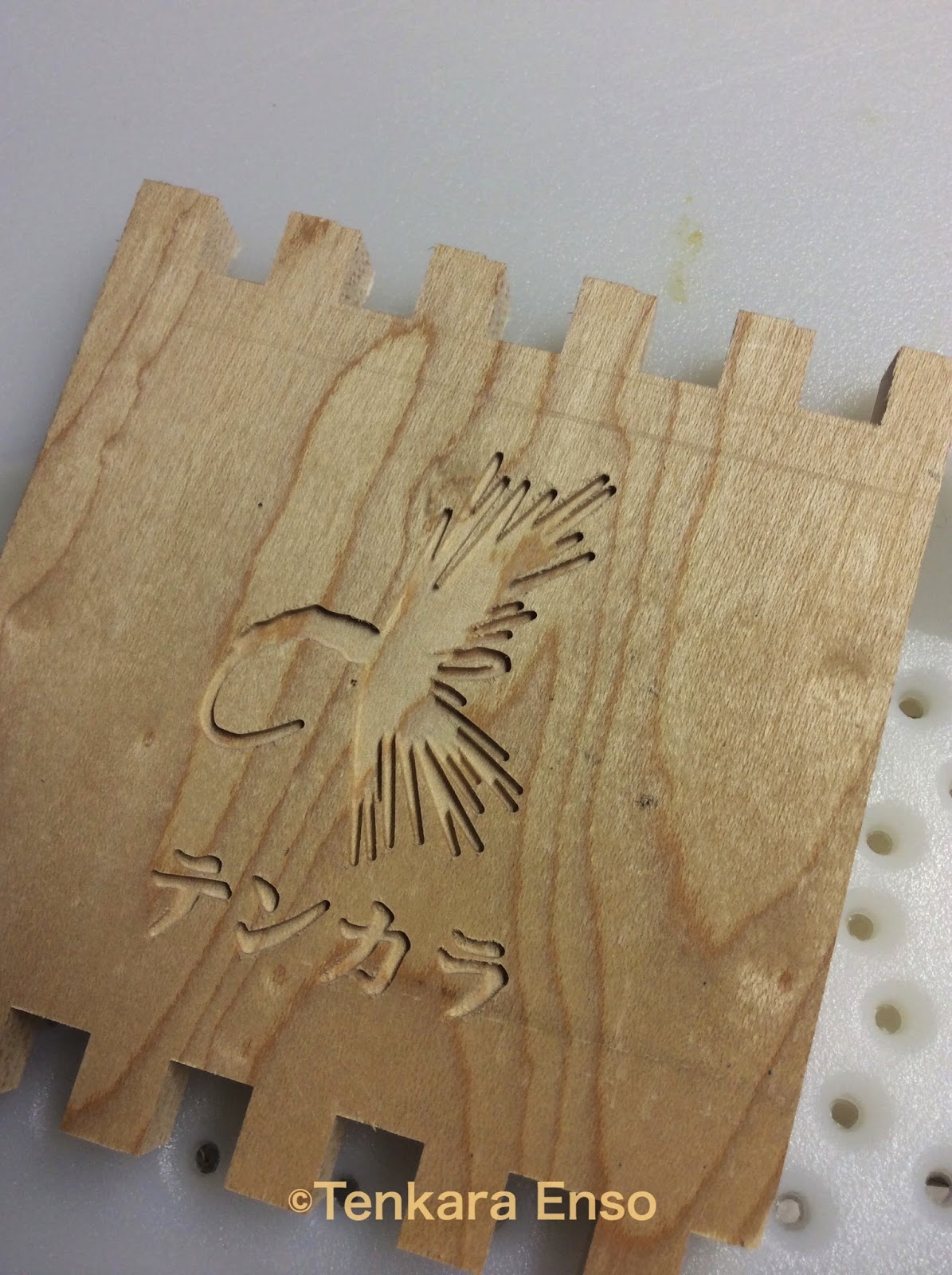 With such a beautiful rendering on a raw piece I instantly gave Richard my agreement to purchase this box. I had to wait for two weeks before the box was produced and finished but I was sure that it was really worth. It is made of cherry and maple, I like this two tone look, more than I would with an uniform appearance. Its beautiful finish is made of tung oil, I can feel the grain of the wood and this feels really better than the cold and smooth feeling of a synthetic varnish. 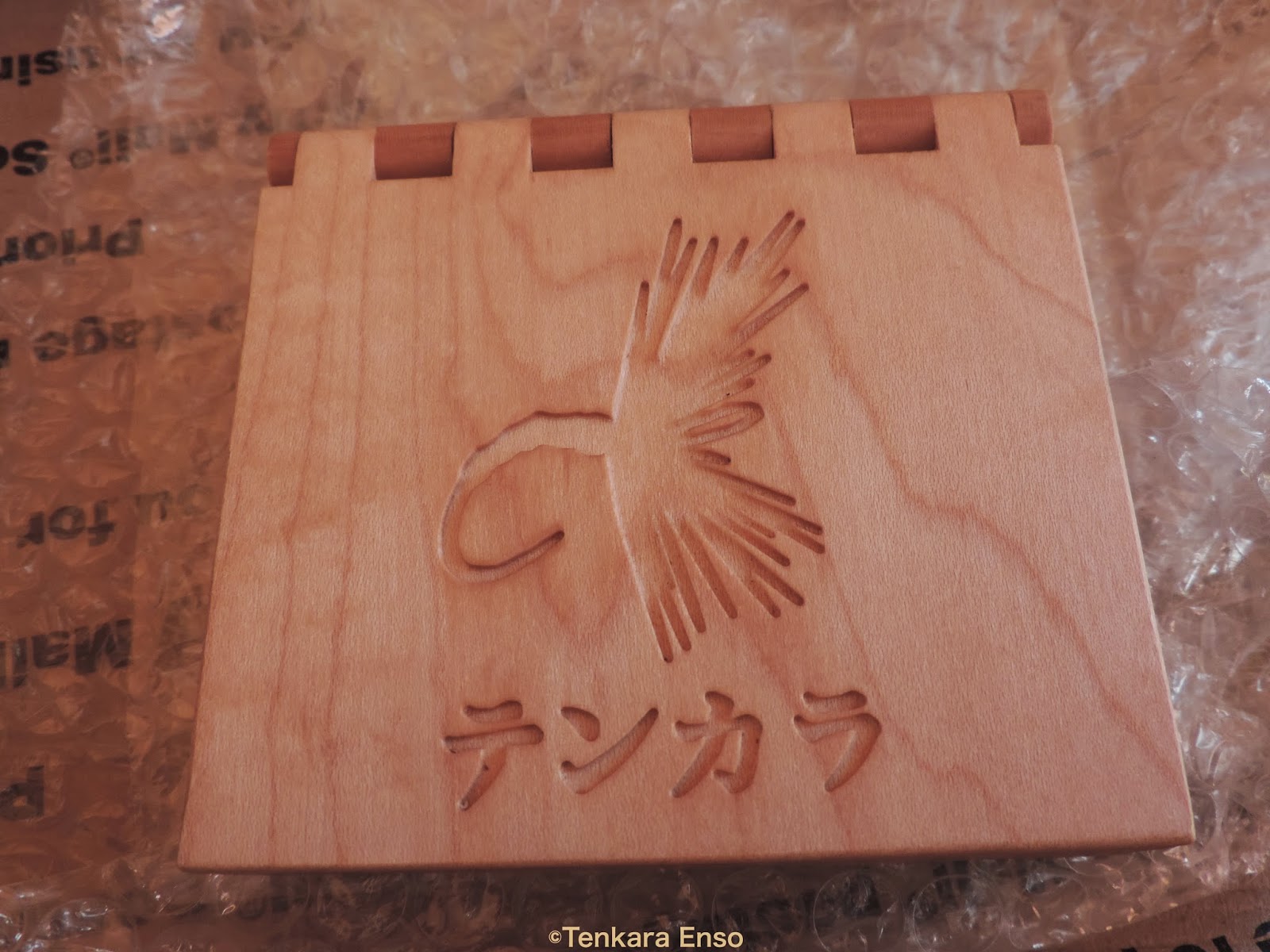 I did ask Richard to make it with four compartment which is more than enough for me who has lost the bad habit to carry full boxes of patterns I never use. 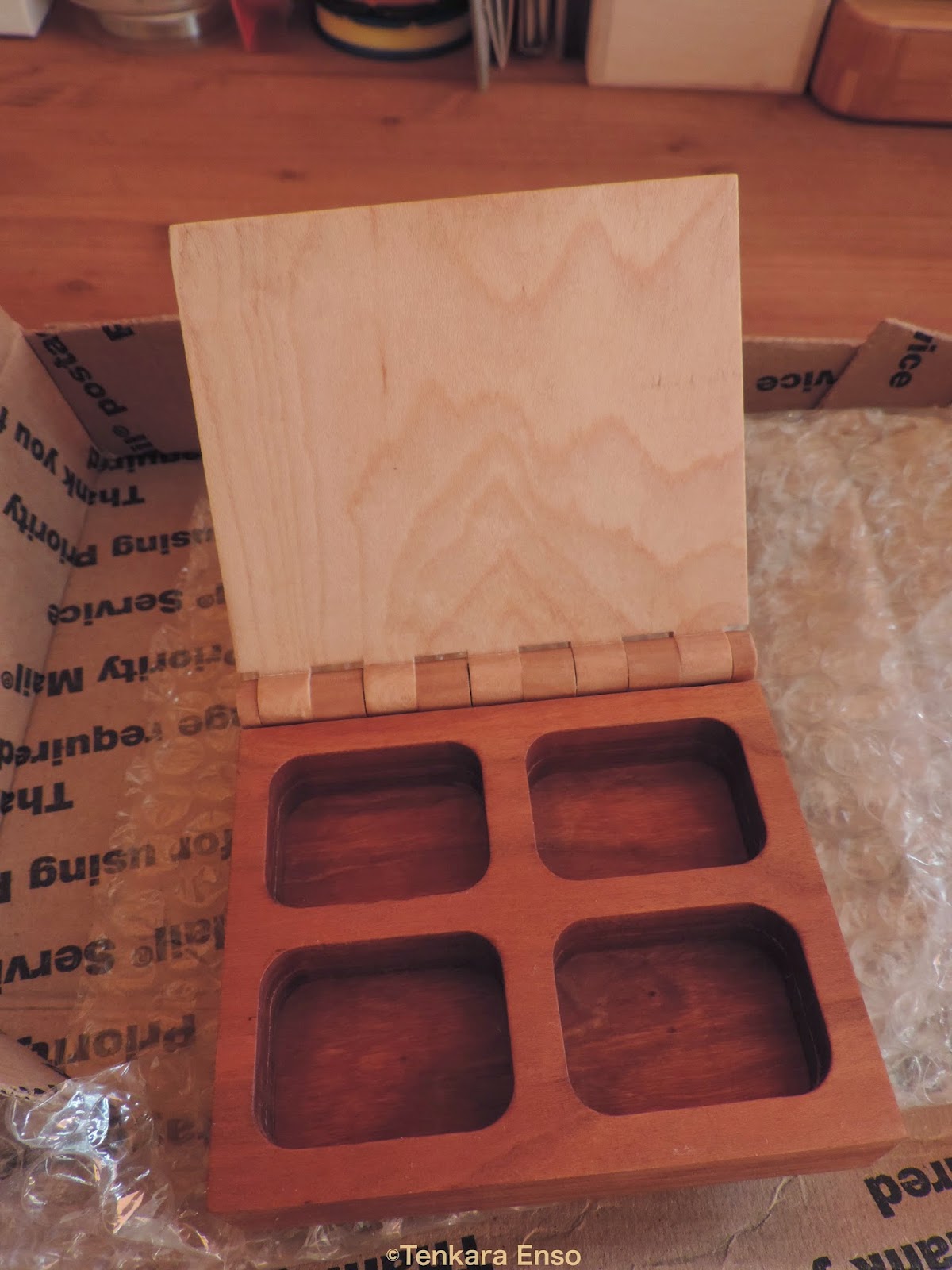 I am convinced that this time I have my definitive kebari box, it perfectly fits my needs and my idea of what is the best possible kebari box. It is simple, beautiful and functional.
I do not think that I will post anything else about boxes in a very long time because it is probably the last box I buy. 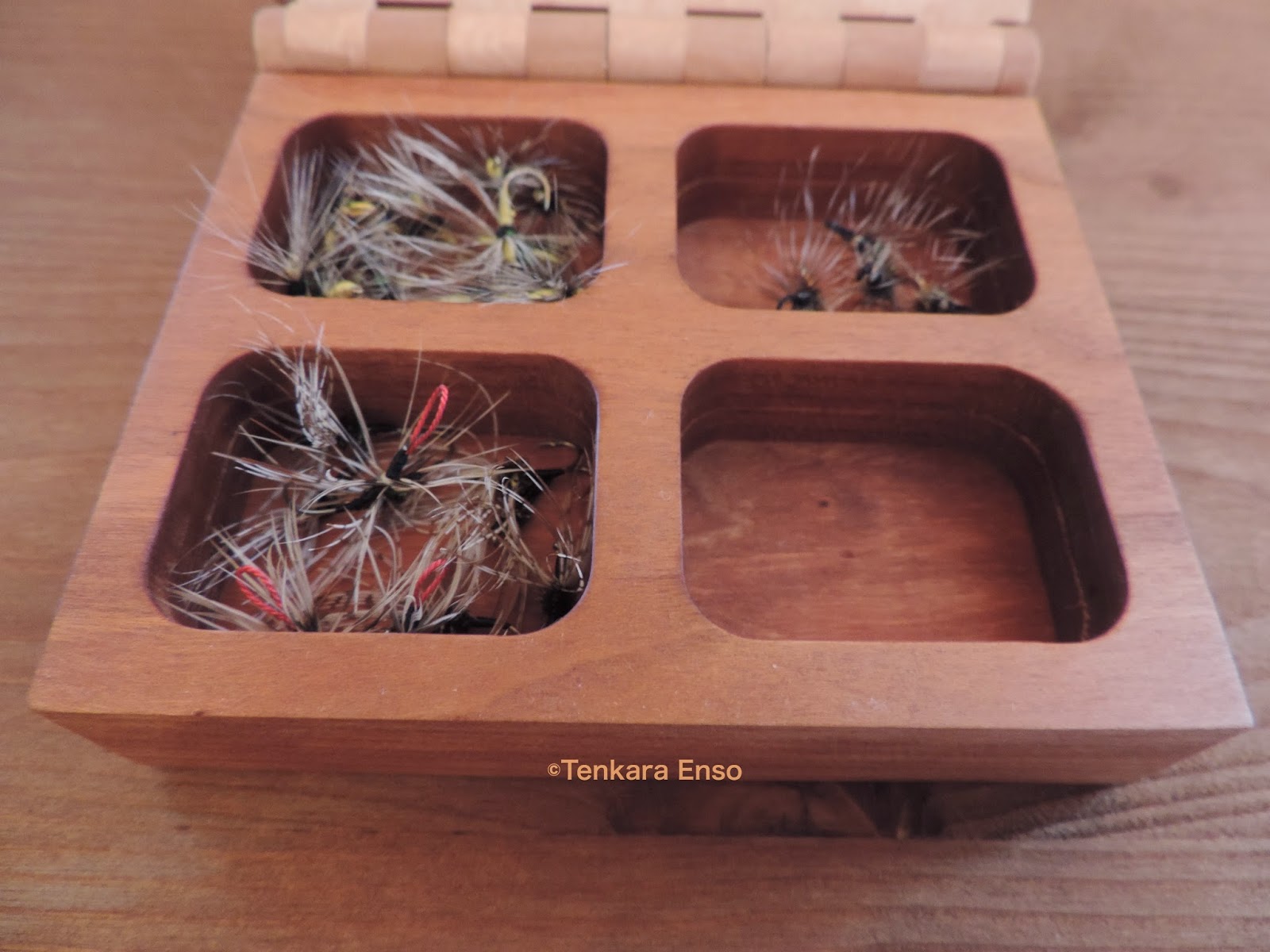