FINAL STRETCH OF THE 2014 SEASON 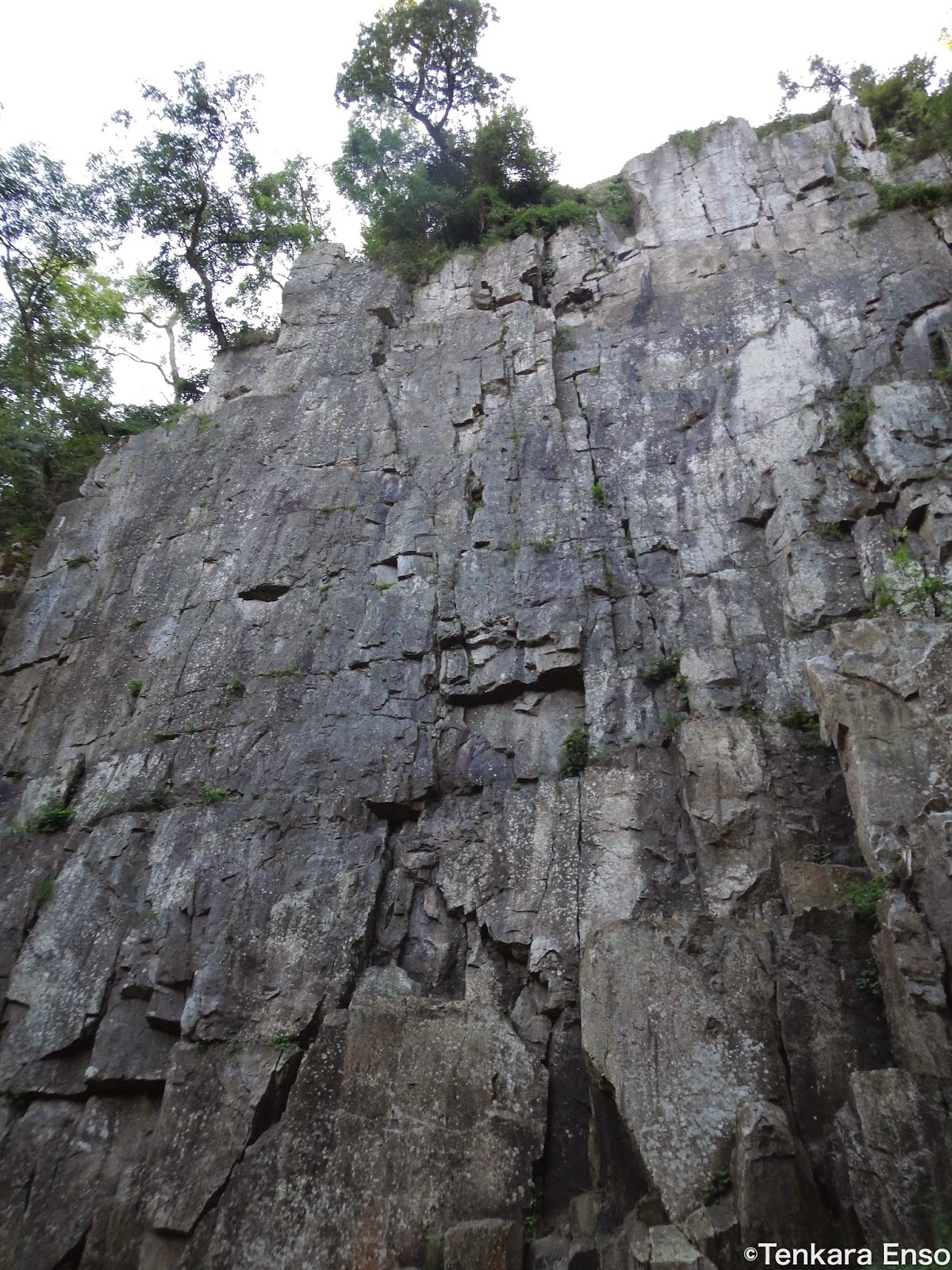 It is not yet time to print the balance sheet of the 2014 season but the end is near and one must not miss an opportunity to go fishing and that is what I did yesterday.

The summer was rotten, it is a fact that no one can deny but since a few days the nice weather is back, it is even hot! It does not make fishing easier either. Trouts are not very active on food as they have had time enough to binge during the last two months that where, according to weather records, the wettest since 1959. Just that!

I went fishing a small stream which is very unusual for the area as it looks like a mountain stream: strongly cashed banks, little water, many rocks, waterfalls, etc.

The picture on the left depicts what I have seen when I left the town and started getting closer to the stream. I was sure to spend a good moment in this place. 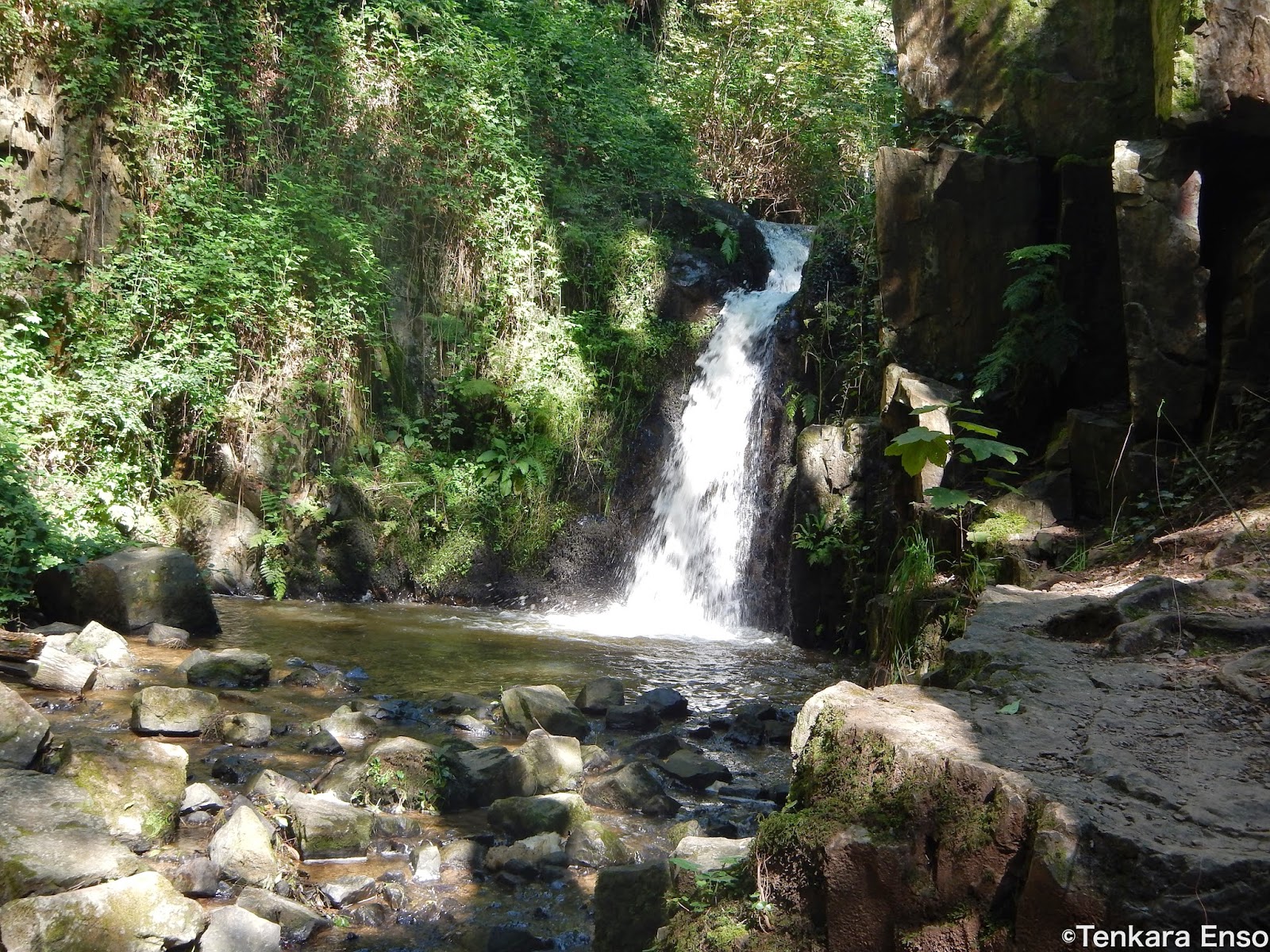 I did not expect the fishing to be easy and it was not. I think that I am realistic about the status of the salmonids in the area, they are only a shadow of what they were. This situation has made me realize that it was more satisfying for me as a Tenkara angler to catch some wild trouts in these overlooked streams than catching bigger stocked specimens in C&R areas. Unlike most fly anglers I do not let the rods on the rack when fishing gets harder.

The morning was good with a few catches on well marked positions but when the trouts are not hungry it is useless to expect a catch behind each rock. Anyway I do not feel the need to highlight the score as if tenkara was a basketball game, it is much more important to me to learn something every time I go fishing. 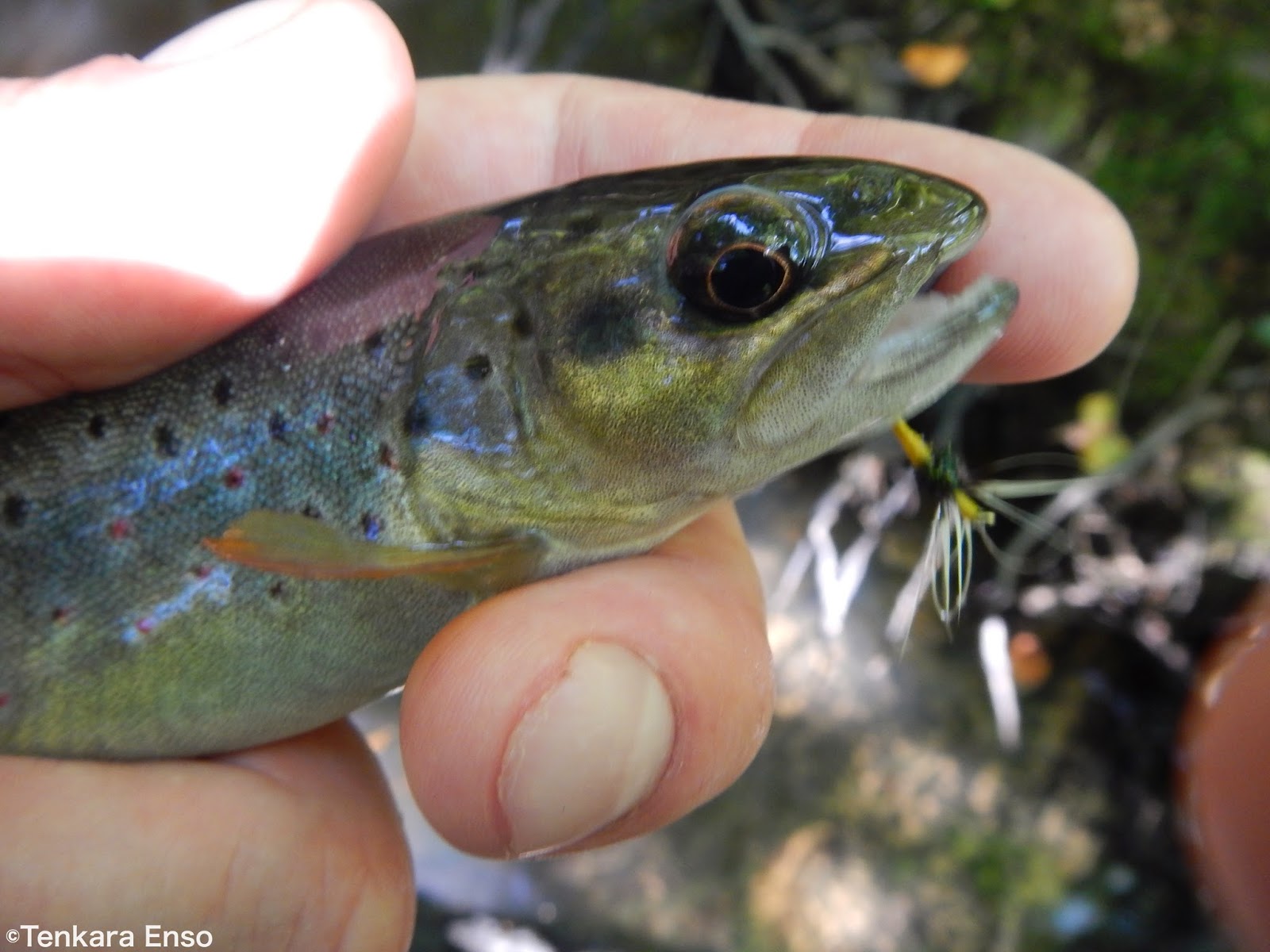 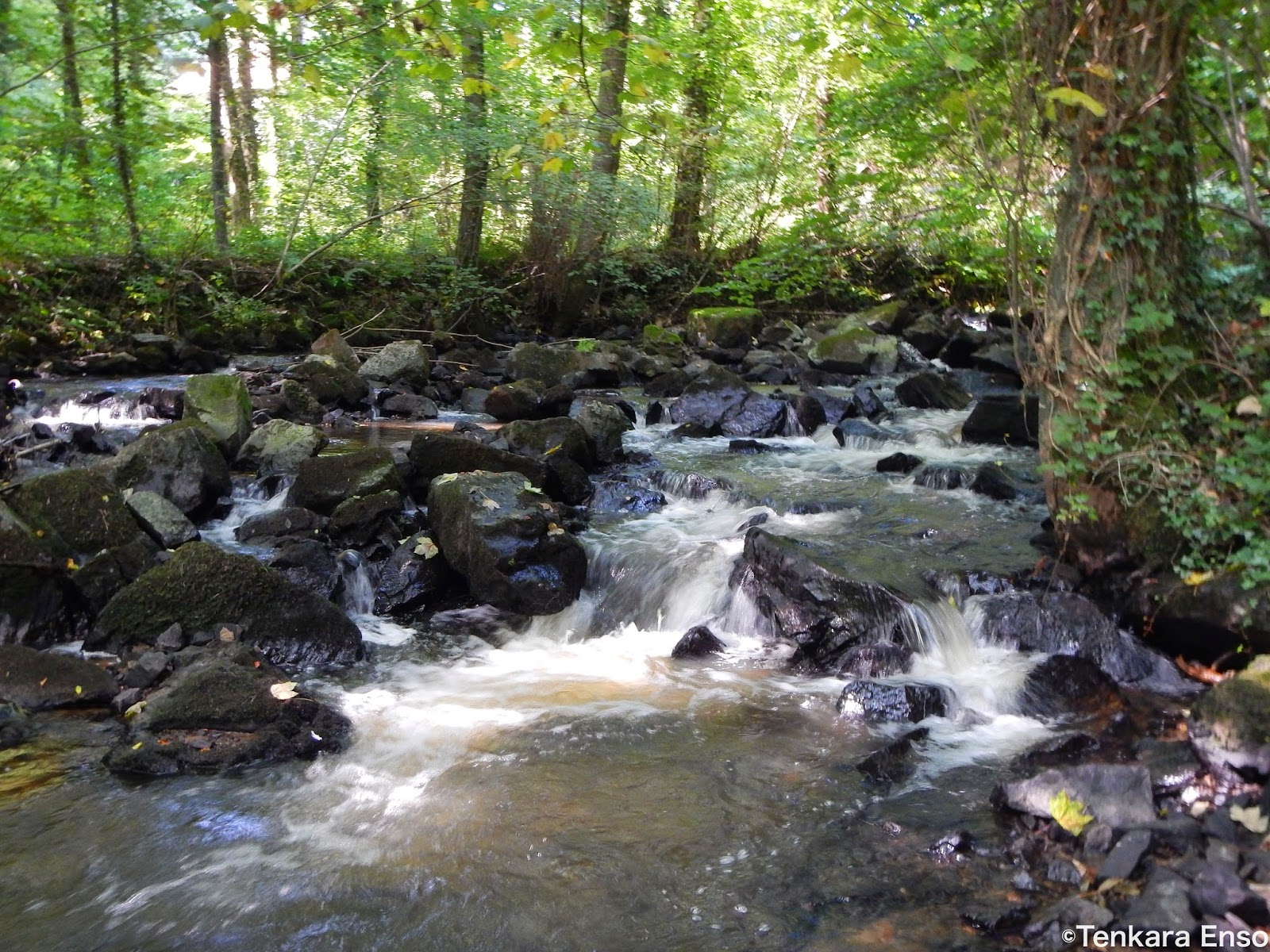 I will definitely return to this beautiful stream. The surrounding woods are pretty dense and slow progress on the river allows true immersion. 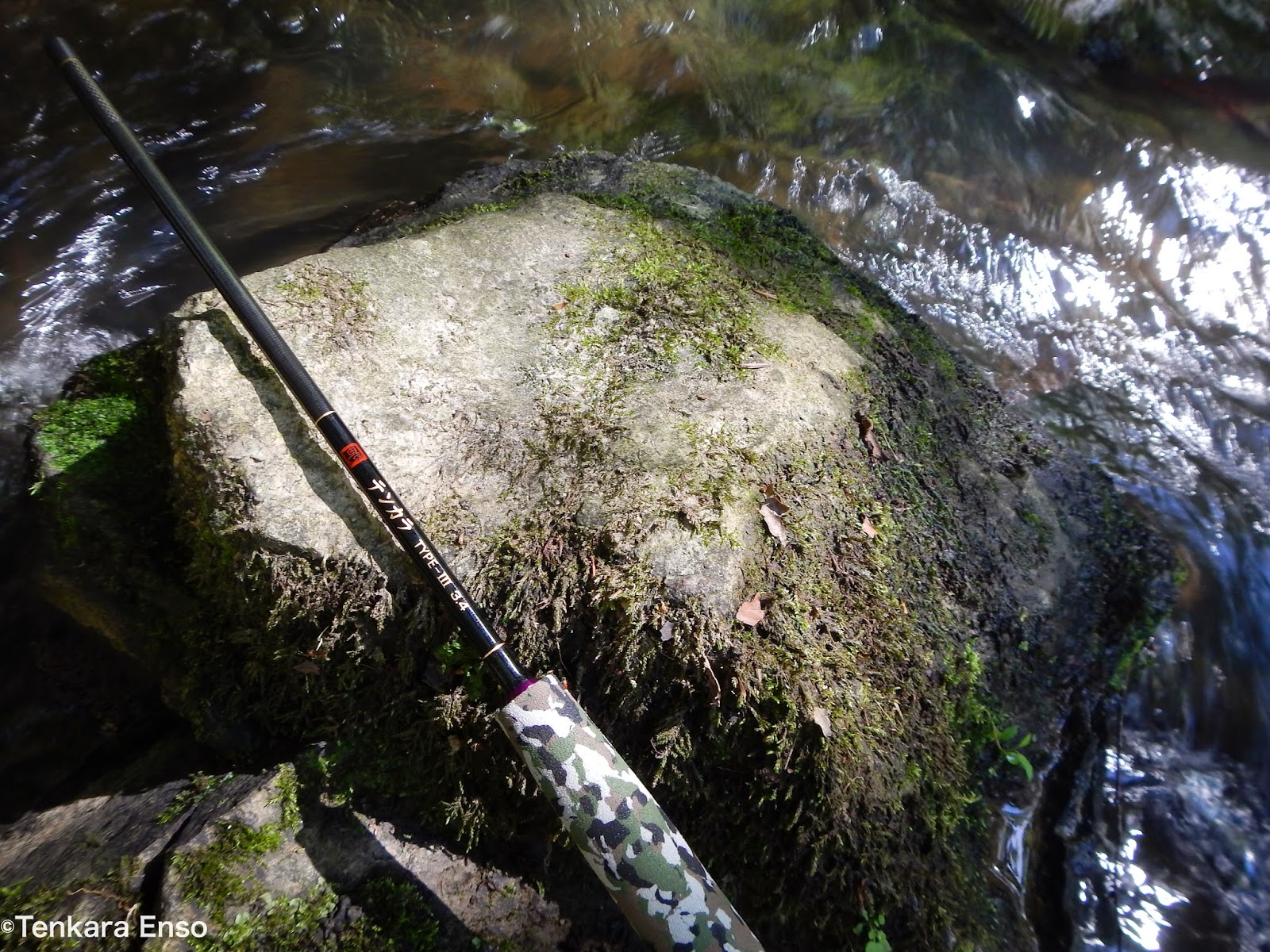 It is now 2 p.m, the sun is blazing overhead, the temperature is at its maximum and I decide to leave this heavenly place.