Like every year I did not miss the ritual of the trout season opening although this year I thought that for once I was going to miss it because the winter was particularly rainy and some days before the fateful date the state of many of the creeks in the area was really bad, all had high water level and a pretty disgusting dark stain. Fortunately we were like all the France affected by the cold wave which caused the stop of the rain and consequently a rather fast decrease of the level of the water as I noticed it a few days before the opening on the occasion of a walk on the banks of the stream on which I open the trout season every year. 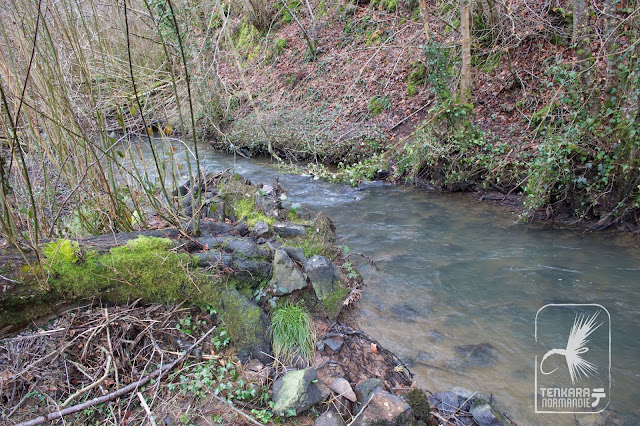 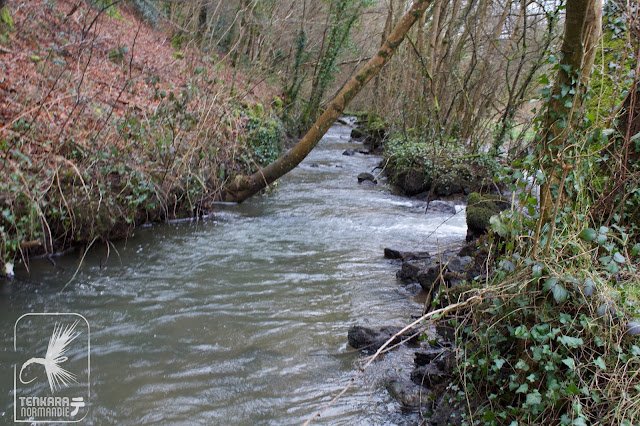 I devoted a single evening to prepare the season opening because I had actually prepared everything several months ago ; it was more a kind of detailed review of my equipment. Knowing that I would fish only drowned in this period of opening I packed my box only a few kebari for this purpose. 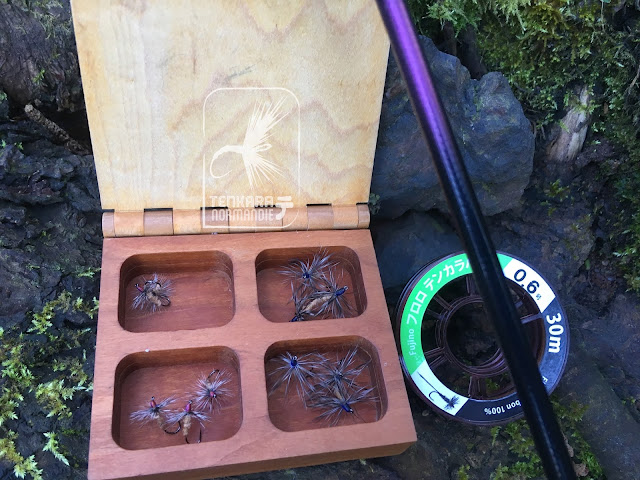 The smallest is none other than a refined version of my faithful Yamato kebari that has been following me everywhere since my trip to Japan and I do not regret it, on the contrary because it made me catch trout everywhere. From Itoshiro to Vercors through Ardèche and Normandy. True to the job! The largest, only a little larger, is made of zenmai and a hen chicken feather. 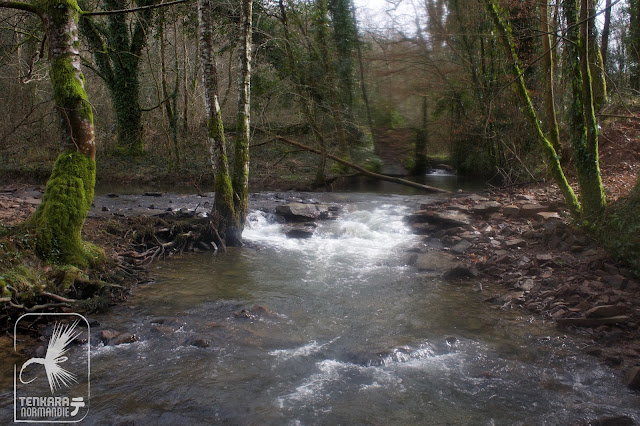 I decided to skip the first mile of the stream to get close to the place where every year I have lunch on the season opening day, the area where the creek runs in the narrowest part of its valley where I hoped to be somewhat sheltered from the icy wind that had swept the region for several days. 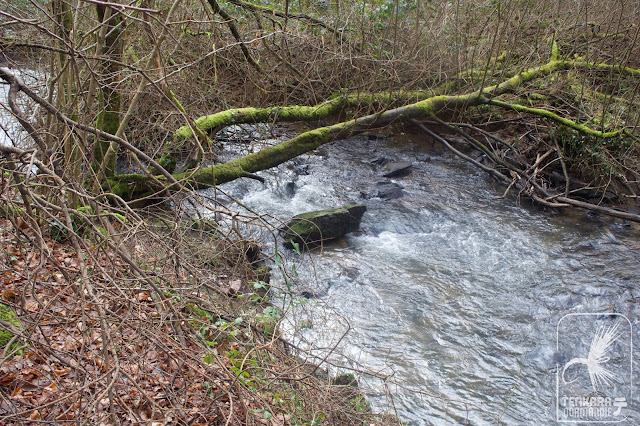 As last year the fishing was not easy, I tried all the spots where I have already taken trout in the past without achieving the desired result and it is finally in a corner where I have never seen or caught a trout that I finally had success. 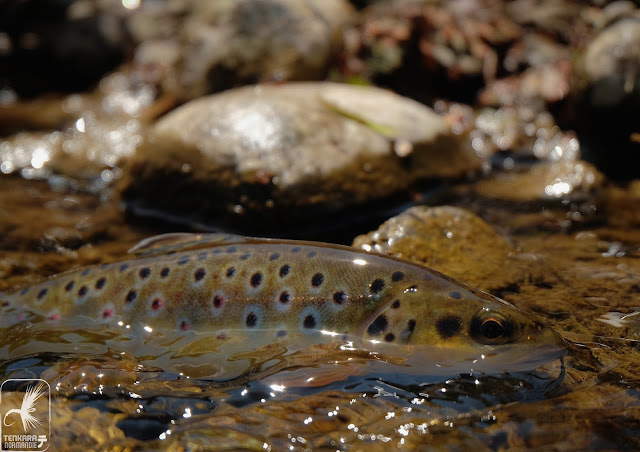 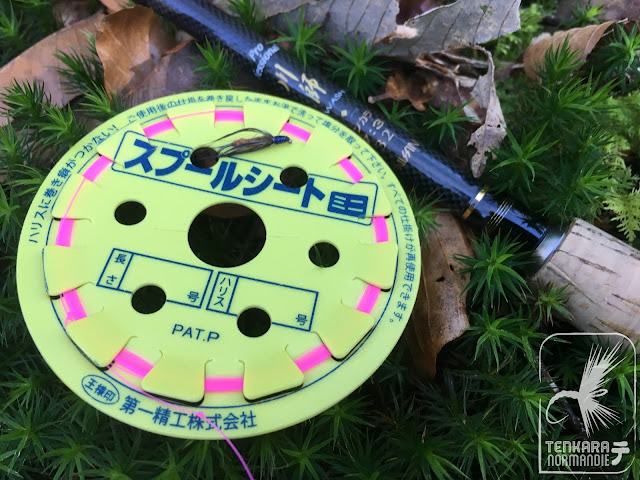 This trout gone back in its element I did put my line back on a card and collapsed the rod, it was already noon, the hour of the traditional season opening lunch. The wind was still very present but the sky was clear, it was the good moment to enjoy some ramen and a tasty beer! 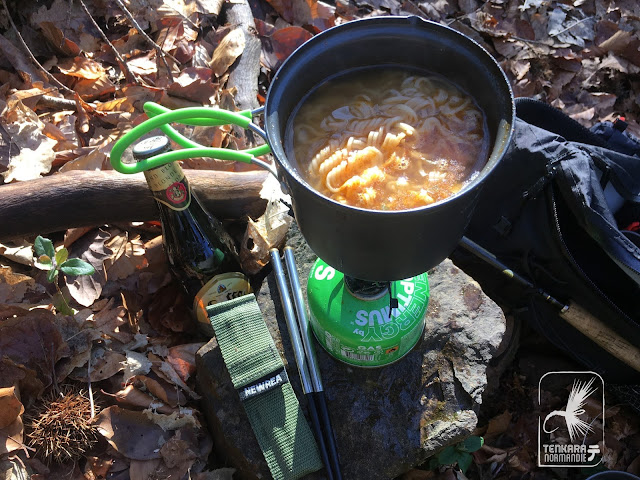 I went back down the stream without seeing anyone, or even hearing anything but the sound of the wind. Since this opening morning the weather has been constantly bad, the streams have returned to winter conditions and I did not go fishing.