During my stay in Japan I, as tradition dictates, traded kebari with tenkara fishermen I met. The first step of my journey gave me the opportunity to meet Yuzo Sebata who made me gift kebari he tied himself. 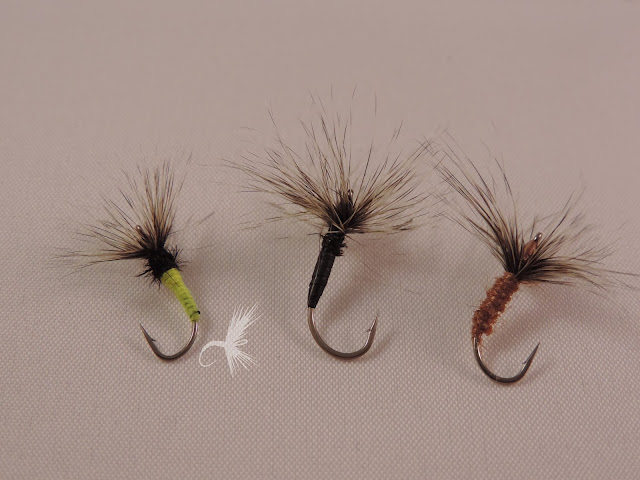 Sebata-san is used to tie his kebari without a vise vise and with only a pair of scissors. He preferably uses Gamakatsu hooks in size Kantsuki Yamame 号 8 or 9. We have all seen on the internet kebari inspired by Sebata-san's ties but it is rare to see reproductions made with the materials used by Sebata-san including the model in the center of the picture whose body is made of self-fusing usually used tape by electricians.
The Zenmai-dou of Sebata-san is tied backwards like a sakasa kebari but the whip finish is done behind the hackle after the thread has been wound in wide turns about the shaft so as to solidify the tying. 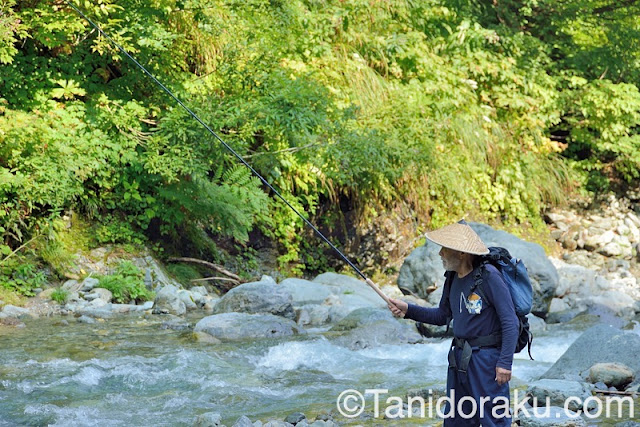 Sebata uses cock neck, hen neck or parttridge flank feathers for the hackle of his kebari depending on what he has available when he needs to tie some kebari. 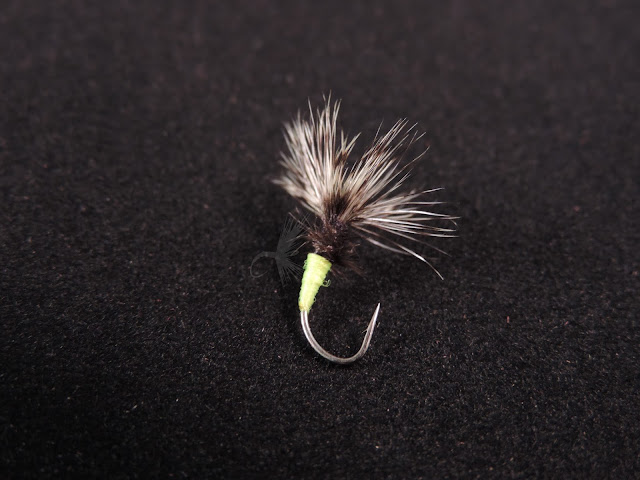 The kebari of Sebata-san are simple because they are the fruit of a long evolution and in line with a technique. Those considered in Japan, and elsewhere by the sincere enthusiasts, as tenkara masters are those who have developed techniques of their own. 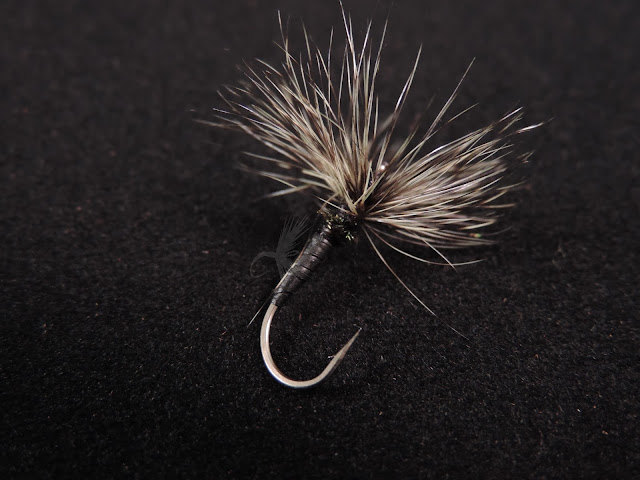 I am certainly not the only one who has noticed that all the great tenkara anglers such as Sebata-san, his tenkara career is over fifty years long, have remained faithful to the basic principle of tenkara:
rod, line, kebari. 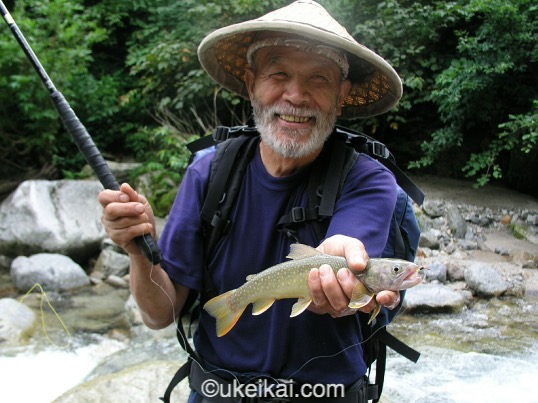