Yesterday I made my first tenkara outing this fall, I wanted to enjoy the nice weather that was expected.
I arrived a little before 8 a.m and I barely had the time to deploy my rod and connect the line on it before the rain began. The uniformly grey sky had not let me consider anything else anyway. 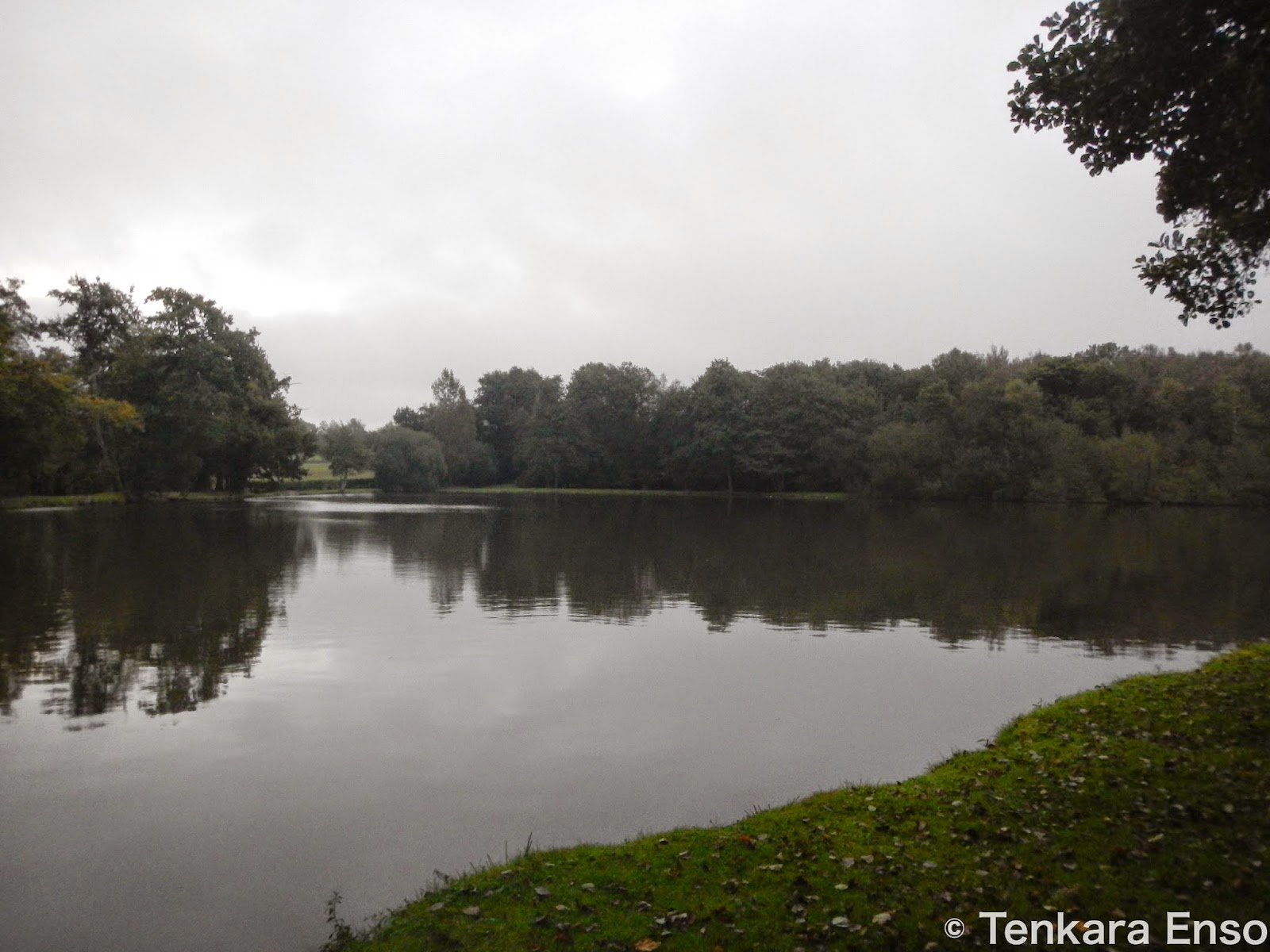 I started fishing with a rod about which I will probably write soon: the Daiwa LT39 SC. I did cast a 3.5 level line and a #8 zenmai dou. The morning was rainy and very quiet as the catches did become regular before half past eleven when the weather finally began to unravel.
The first fishes to be active on food were perches. This pond has a large population of small perches and I did catch about three dozens quite easily. 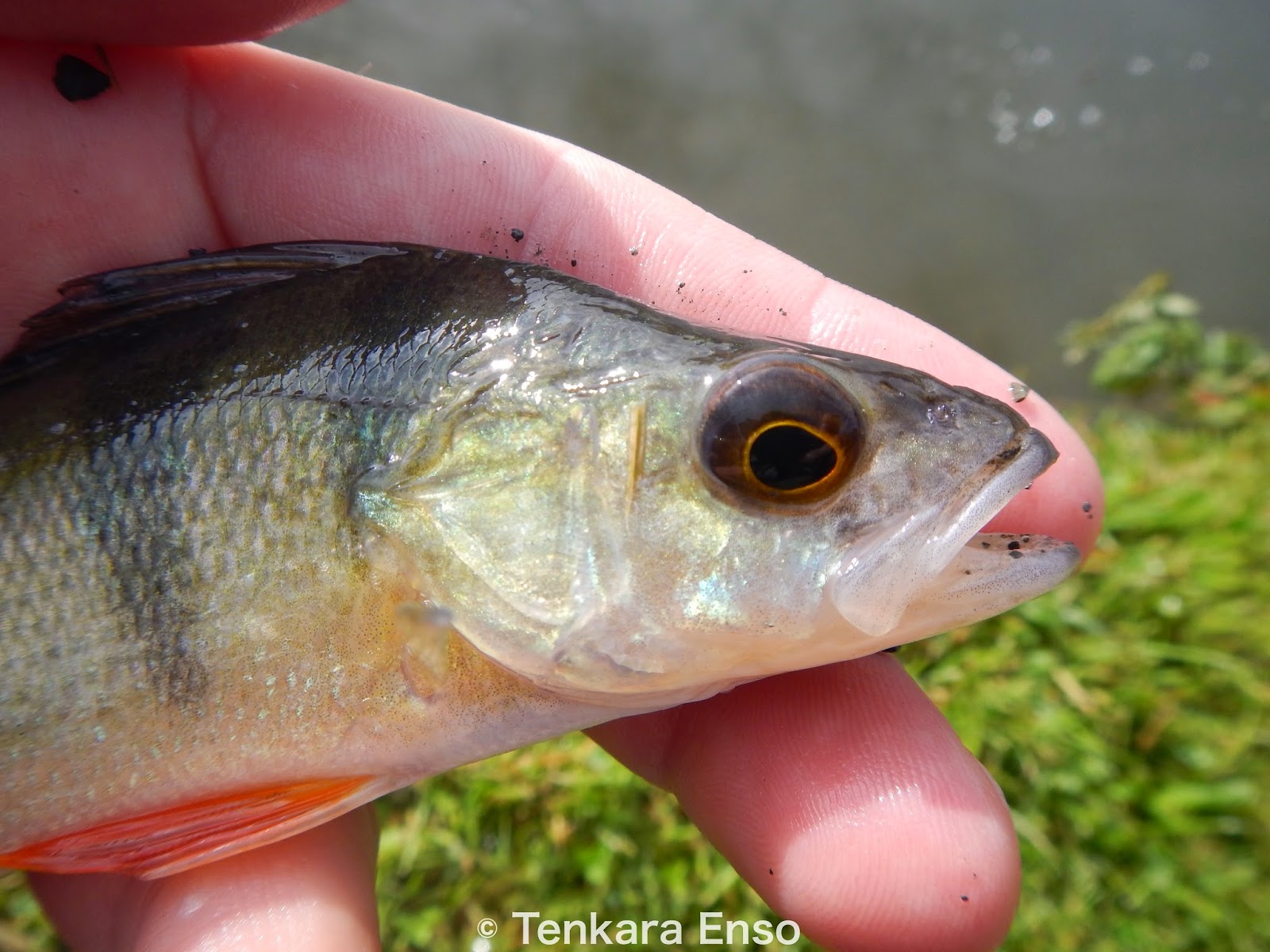 When I fish for perch in stillwater I use a very simple technique that consists in letting the kebari sink to the bottom then I bring it back towards me by making the kebari sawtooth swim just above the bottom. In my experience of stillwater tenkara this jerking swim is particularly attractive for perch.
Meanwhile I was fishing these perches the weather improved and a light wind began to blow. I did have lunch observing a few trouts porpoise in the middle of the pond, inaccessible to fishermen. They seemed to have great times! 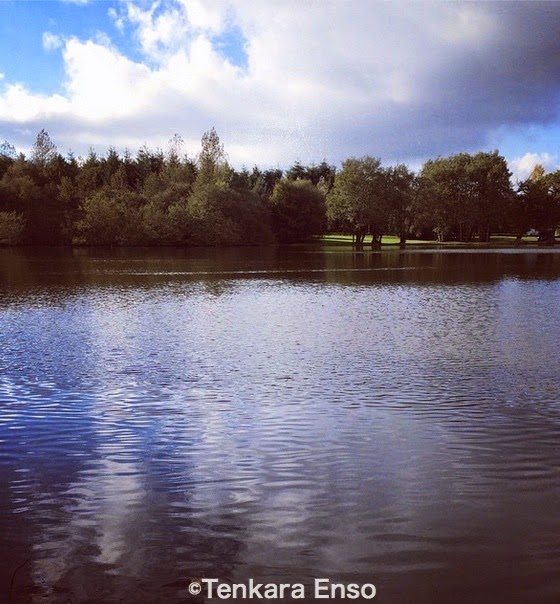 My lunch finished I changed my rod and the spot where I was in order to be better positioned at 45° to the wind direction in order to try my luck with the trouts. I had seen several shadows in front of me during my lunch between the bank and the wind rippled zone.
It was much harder than with the perches! I did catch only three trouts in nearly two hours and lost two because of weak hook settings or their own fighting abilities. There was only one other angler on this pond and it was not easy for him either. I did stare at him from time to time and almost every time he was changing his fly. 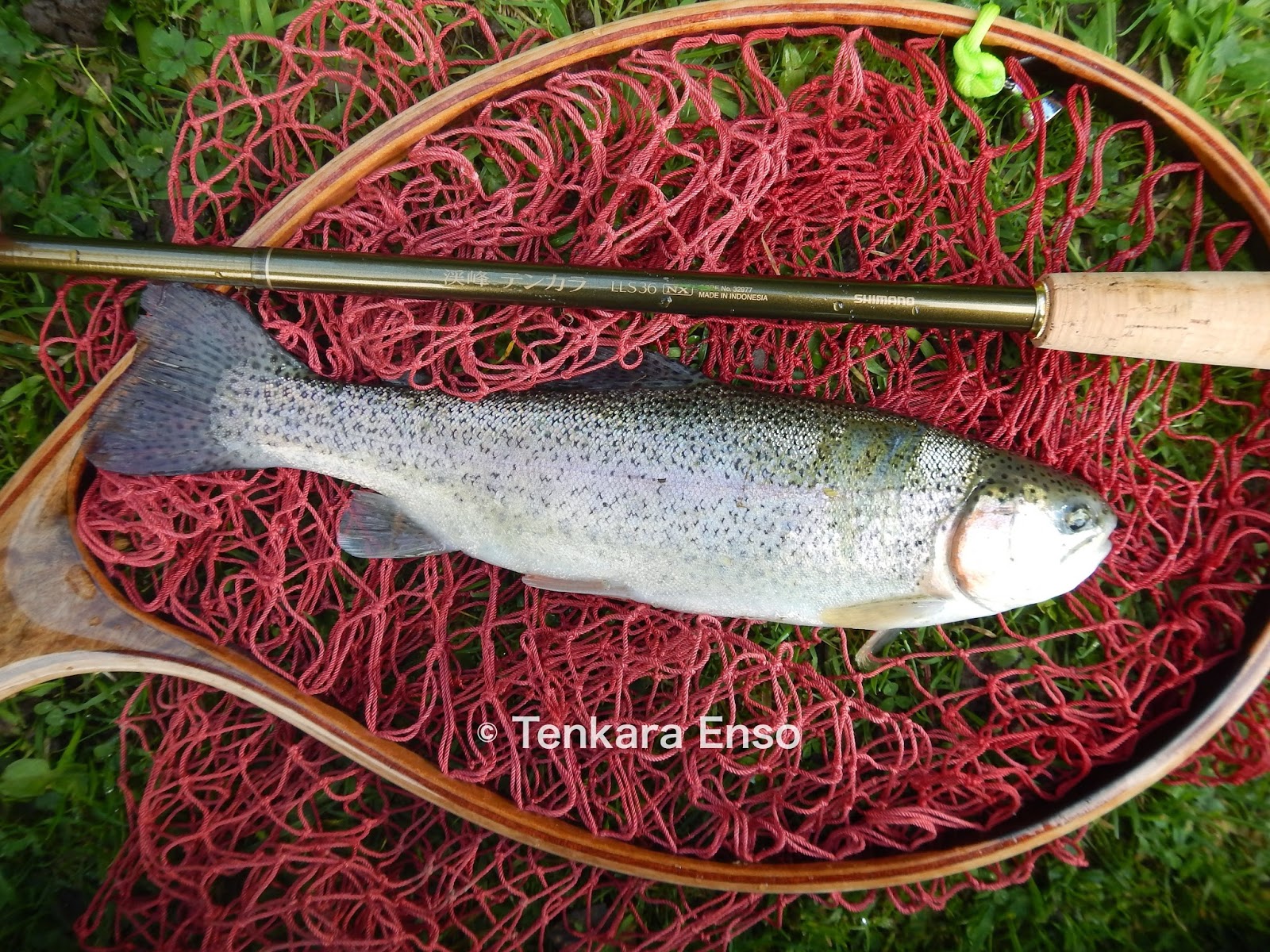 The wind increasing I decided to fish the only area of the pond sheltered from the wind even though I was sure that I would not catch any trout there. I fished in the most relaxed style, sitting on the ground and casting gently in font of me. Sheltered from the wind the atmosphere was fine and I had fun catching a bunch of roaches. 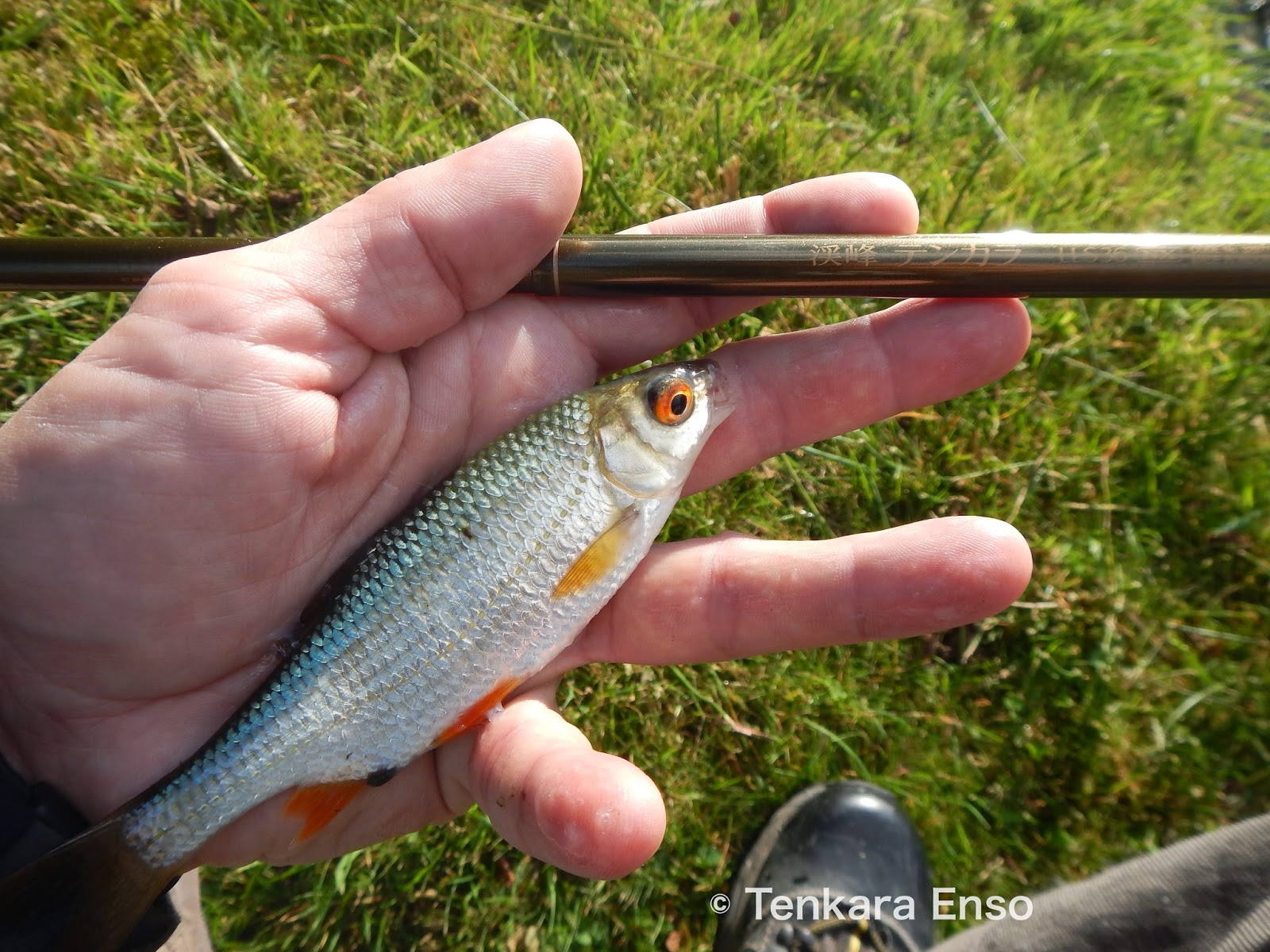 To catch a roach on tenkara my technique is simple. I cast my kebari and let it sink to the bottom then I bring it back towards me in a very slow and regular move; this is very simple and adapted to this species that has no aggressiveness.
I finished the afternoon at the same spot taking long breaks to avoid creating a panic among the school of roaches I was targeting. It was a really nice moment, very peaceful.

In the end I did spend a very nice day. I had never caught so many fishes in one outing. I did meet the other angler on the parking lot when I left ; he did not seem to be in the same mood as me!